Montco Teacher Under Scrutiny for Moonlighting as “Nazi” Wrestler

Kevin Bean — or “Blitzkrieg, the German Juggernaut,” as he’s known in the ring — has been teaching in the Spring-Ford district since 2004. 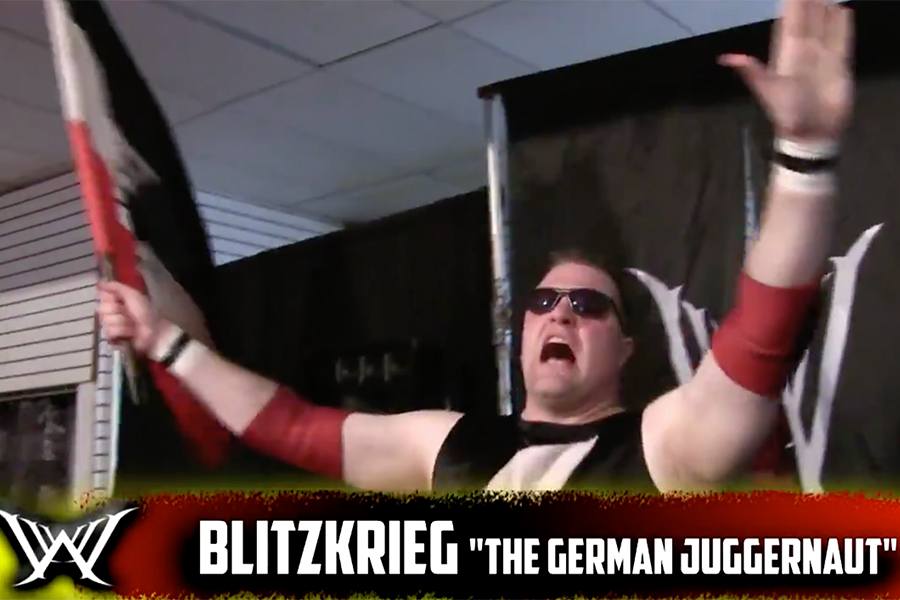 Kevin Bean, a 36-year-old middle-school teacher in Montgomery County, is currently being investigated by his school district for moonlighting at local wrestling events as a Nazi character.

In a video posted by Ryan Satin of ProWrestlingSheet.com, Bean can be seen making an entrance at a match as “Blitzkrieg, the German Juggernaut,” complete with thrash metal sountrack, an SS-style lightning bolt across his chest, an Iron Cross Flag, and shouts of “Sieg heil!”

“This video makes me sick,” Satin wrote. “Watching the guy do nazi salutes on his way to the ring while children in the crowd cheer him on like a good guy is terrifying.”

A wrestler named Blitzkrieg "The German Juggernaut" using a nazi gimmick at a recent local show in Pennsylvania.

This video makes me sick.

Watching the guy do nazi salutes on his way to the ring while children in the crowd cheer him on like a good guy is terrifying. pic.twitter.com/wheTXDyAah

The video, the Inquirer reports, was apparently filmed at June 23rd World Wide Wrestling Alliance show in Quakertown. The character is, in wrestling parlance, a heel — meant to taunt the crowd and lather attendees into a frenzy for the arrival of the good guys; in the video, in fact, some in the crowd start a “USA!” chant to counter him.

WWWA president Dino Sanna came to Bean’s defense, telling TheBlast.com that Bean is a “good guy and not a hateful person.” He also claimed that some of the kids in the stands were his students.

Bean teaches 5th and 6th grades at the Spring-Ford Intermediate School in Royersford, and if you take the word of students, is pretty good at his job; he boasts a 4.96 out of 5 rating by pupils on RateMyTeachers. He is listed on Spring-Ford’s website as having taught in the district since 2004.

Superintendent David Goodin published a statement on the district’s website saying that Bean was the subject of an “ongoing internal investigation,” calling it a “personnel matter.”

“I want to assure you that the actions portrayed in this video do not represent the core values of the school district,” Goodin wrote. “As an educational organization, we pride ourselves in providing a safe and nurturing learning environment.”

Some people argued on social media that the character is part of a larger performance and meant to be taken lightly: