No Charges for Cecily Tynan After Alleged Assault at U2 Concert

The DA’s office has declined to press charges against the local TV news superstar after a South Philly woman filed a private criminal complaint against her. 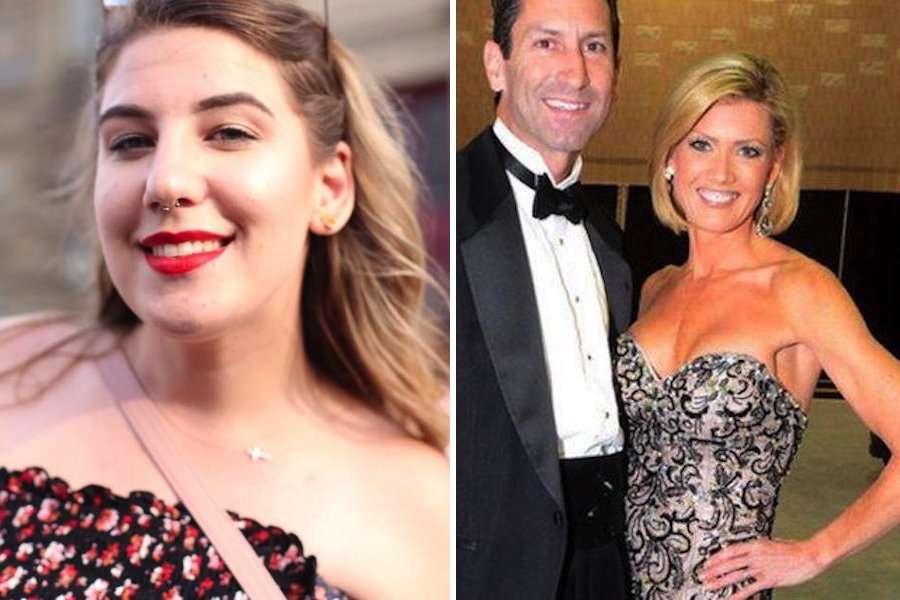 The office of Philadelphia District Attorney Larry Krasner won’t be filing criminal charges against 6 ABC meteorologist Cecily Tynan following allegations of assault at a U2 concert.

Brittany Lewandowski, a 27-year-old South Philadelphian, filed a private criminal complaint with Krasner’s office on June 14th, the day after U2 played its first of two shows at the Wells Fargo Center. Lewandowski alleged that Tynan had dug her fingernails into Lewandowski, who was seated in front of her at the concert, and that Tynan had yelled and cursed at her.

After both women were escorted from their seats by security, members of the Philadelphia Police Department showed up in the security office and took statements. No one was arrested.

After Lewandowski left the concert, she said, she went to her local police district to complain that no arrest had been made. There, she claims, she was told that she could file a private criminal complaint at the DA’s office, which she did the next morning. (When police decline to make an arrest, citizens have the right to file a private criminal complaint with the DA, who then evaluates the complaint and decides whether charges are warranted.) 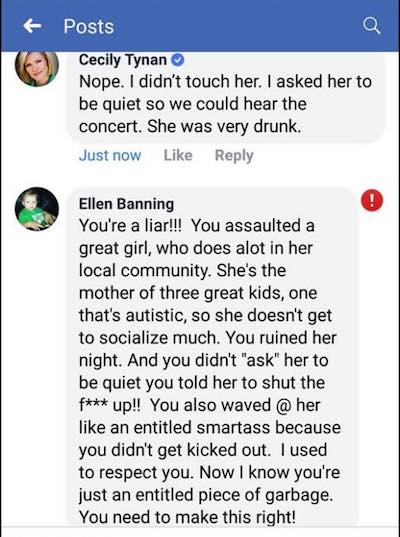 Neither Tynan nor 6ABC responded to our requests for comment on that original report or for this story, but in a since-deleted Facebook comment, Tynan appeared to deny the allegations, as seen in this screenshot. Tynan also characterized Lewandowski as “very drunk.”

On Thursday, Lewandowski adamantly denied that she was drunk, insisting that she hadn’t even finished one drink before the incident.

The Philadelphia Police Department will not release its report from the Wells Fargo Center that night — it is the PPD’s policy to withhold reports unless an arrest is made — and the DA’s office won’t comment on the matter other than to say that the office did not directly interview Tynan.

Lewandowski has 30 days from the decision to appeal and ask the DA’s office to reconsider. But she’s not so sure that she wants to go down that path.

“I haven’t decided,” Lewandowski told me. “I really have to think: Do I want her followers that praise her to keep attacking me? They’ve body-shamed me plus a lot more … [and] I do have a full plate at home.”

When I originally spoke with Lewandowski, she said that before the concert she had no idea who Cecily Tynan was. Why? Because she watches only Fox 29 news. But now she’s learned plenty about Tynan, and I asked Lewandowski whether she thought Tynan’s celebrity status affected the outcome of the DA’s inquiry.

“Probably,” she said. “I doubt they [really] looked into it because of it.”