He told an Eagles fan he'd pay for the billboard — if she could get a certain number of likes and retweets on Twitter. (It took three hours.) 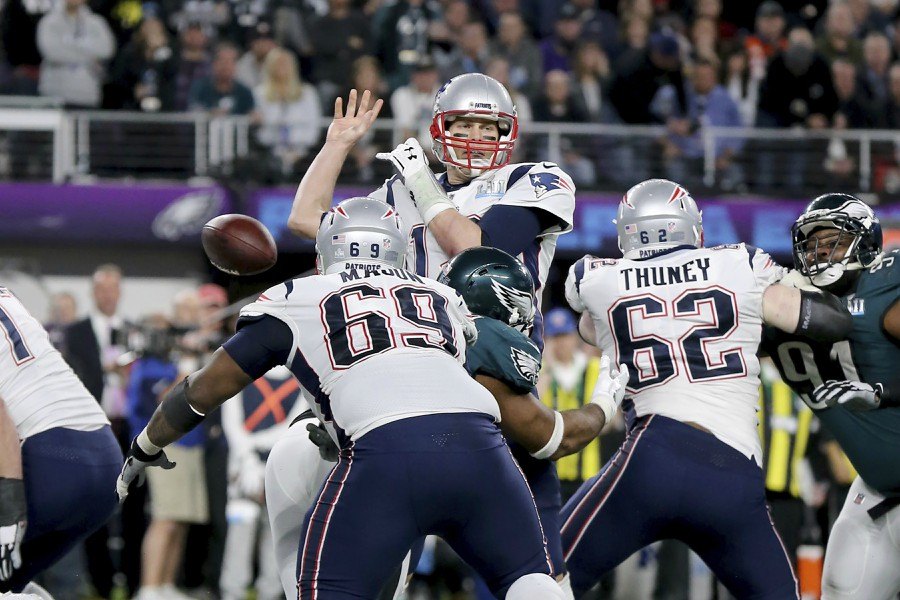 This past weekend, Eagles fan Gina Lewis made a bet with her coworker: If she could get 4,100 likes and 3,300 retweets on a photo of Tom Brady’s infamous Super Bowl fumble on Twitter (she pulled the numbers from the final score of the game), then her coworker, a Patriots fan, would pay to put it on a billboard in Boston.

My Coworker(Pats fan) says if I can get 4100 likes and 3300 RTs he’ll pay to put this on a Billboard here in New England!! He says the chances of getting that many are as good as us winning another SB!!! Eagles Nation, let’s hand New Engalnd another L and make this happen!! pic.twitter.com/qiTx529uHU

Lewis, who actually lives in Western Massachusetts (apparently she became an Eagles fan “by accident”), spoke to Billy Penn after the tweet went viral — it now has more than 13,700 likes and 8,000 retweets. She told the publication she was unsure if the tweet would blow up (since she only had around 1,500 Twitter followers; now, she has more than 2,300). But retweets from accounts with big followings, like EROCK and Ike Reese, helped boost her chances.

Lewis told Billy Penn that she’s confident her coworker will follow through and pay for the billboard — though sadly, it’ll only be up for 24 hours. (These things cost some money, after all.) But first, they’ll have to make sure they can get permission to use the photo — which was taken by Kevin Jairaj for USA TODAY Sports. Then they’ll need to find a good spot to put it — where plenty of New Englanders will be forced to relive the terribly embarrassing moment again and again.

Anyone have some recommendations on where to put the billboard? We suggest reaching out to Lewis on Twitter. She seems pretty responsive, after all. Plus, feel free to weigh in on a caption for the billboard — she’s taking a poll.