"It hit me like a ton of bricks," Plymouth Meeting's Kathy McVay said of the soaring frankfurter. 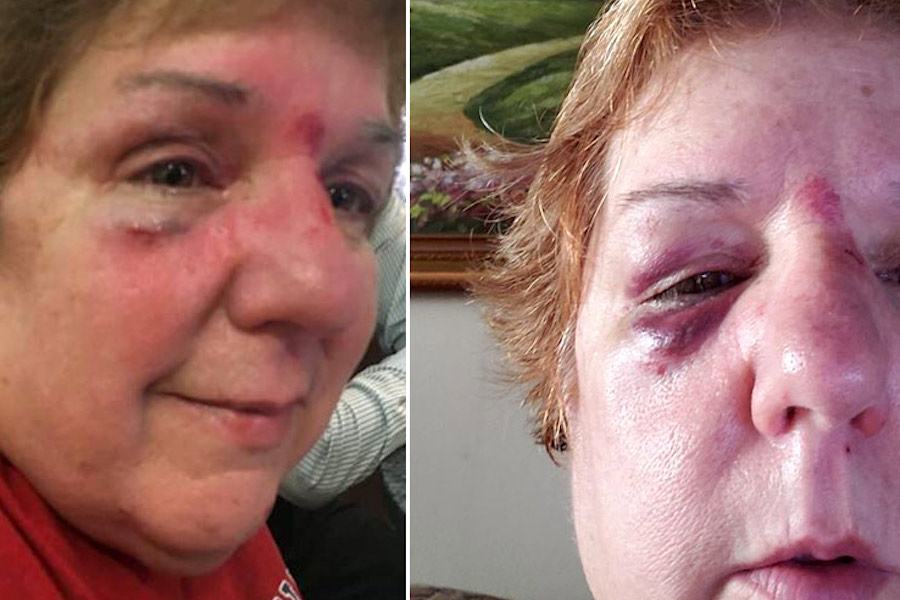 “Somebody is going to get hurt by one of those things,” said my wife, who was seated with me and my kids in Section 140, behind third base. I snickered at her alarmism, which felt a little bit like the nagging You’ll shoot your eye out! refrain from A Christmas Story. Meanwhile, some bros behind us got into a relatively heated and undoubtedly beer-fueled debate as to whether those were hot dogs or t-shirts coming out of the Phillie Phanatic’s cannon.

Well, they were indeed hot dogs.

While we were in Section 140 chatting about the hot dog cannon and the improbabilities of it sending anybody to the hospital, Plymouth Meeting’s Kathy McVay came out on the wrong end of those probabilities.

McVay, 58, was behind home plate and not really paying attention when the Phillie Phanatic fired a hot dog into her section. The meaty missile — apparently they are wrapped in duct tape — went straight to her and conked her in the noggin. She was transported to the hospital — we were actually wondering what the flashing emergency vehicle lights down her way were all about — and reportedly has a small hematoma in her eye.

“It just came out of nowhere — and hard,” McVay told 6ABC. “It hit me like a ton of bricks. My glasses flew.”

The Phillies reportedly apologized to McVay and offered her tickets to another game when she is feeling better. She has said that she has no plans to take legal action against the team or the Phillie Phanatic.

Meanwhile, upon hearing the news of McVay’s injuries, my wife was quick to remind me that the bb gun-toting lad in A Christmas Story did, in fact, almost shoot his eye out.