The Best Thing That Happened This Week: Meet Me By the Water
Subscribe
Follow
I'm a scraper
This search result is here to prevent scraping

The Best Thing That Happened This Week: Meet Me By the Water 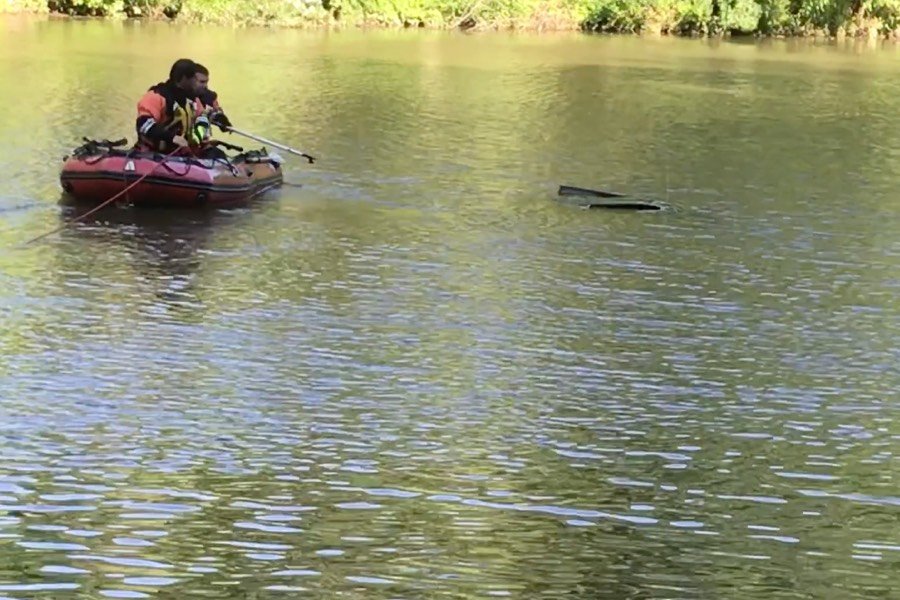 Rescuers near the car that plunged into the Martin’s Dam pond. Photo | Kemp Littlepage

So Bill Bostic, a 49-year-old construction manager, was sitting with his 18-year-old son Josh at a stop sign at Croton and Warner roads in Upper Merion Township on Tuesday afternoon when a black Lexus roared into the intersection, hit a guard rail, and sailed 40 feet into the air before landing in the Martin’s Dam pond. Whereas we would have looked around in bewilderment and said, “They’re filming the next Fast & Furious movie here?,” Bostic instead leaped from his car and plunged into the pond, where he encountered 70-year-old Kemp Littlepage, who’d been stopped in his car at the stop sign across from Bostic, had also seen the Lexus, and had also leaped from his car and plunged into the pond. (Littlepage swims for an hour every day at the Martin’s Dam Swim Club.) With Josh Bostic hot on their heels, the two men struggled to get the car door open, release the driver (who was incoherent and “foaming at the mouth”) from his seatbelt, and pull the unidentified man free as the Lexus was quickly sinking. “He was gargling the water as I was trying to pry his hands off the wheel,” Bill Bostic explained. “He was three seconds from death,” Littlepage said.

The driver, estimated to be in his late 30s or early 40s, was taken to the hospital, where he was reported to be in stable condition. As for Bostic and Littlepage, they exchanged phone numbers at the scene, because really, how often do you encounter a kindred spirit like that?