The Pennsylvania Horticultural Society’s “Farm for the City” opened on Friday morning. 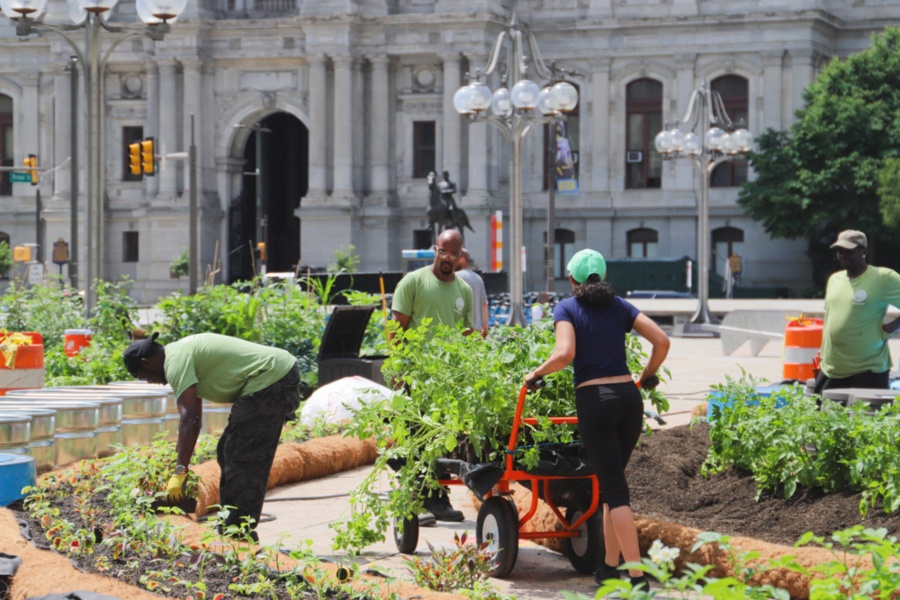 It’s a great week for public space in Philly.

On Thursday, we showed you a glimpse of the ribbon-cutting celebration for Philly’s elevated Rail Park. Now, less than 24 hours later, we’re happy to tell you about another opening: The Pennsylvania Horticultural Society’s “Farm for the City” at Thomas Paine Plaza, in front of City Hall.

The 4,000-square-foot farm, which officially opened at 10 a.m. on Friday, features rows of lush garden beds that bring a burst of refreshing green to the blocks of concrete and high-rises in the heart of the city. The plants aren’t just for show, though: the “Farm for the City” will grow an estimated 1,000 pounds of produce over the course of four months, which will then be donated to Broad Street Ministry, a nearby community service organization dedicated to serving people experiencing homelessness.

The farm will host free gardening workshops and panel discussions throughout the summer. Through those, PHS is hoping to shine “a light on the role community gardeners play in strengthening neighborhoods and addressing some of the most pressing issues facing our communities, including food insecurity.”

“Our community is at our best when we work together to improve the lives of our most vulnerable neighbors, and this project is a creative way to call us all together to do just that,” Dahl said in a press release. “We are so excited to collaborate with our friends at PHS on Farm for the City because we see it as a beautiful and meaningful way to raise the issues of hunger, of food waste, of sustainable food systems, and of the promise of urban gardening.”

.@PHSgardening’s Farm for the City kicks off today with an offering of free plants. Come visit the farm in Thomas Paine Plaza. #farmforthecity #gardening #urbangarden pic.twitter.com/1vVwvz8apg

The farm, which was first announced last June, was made possible by a $300,000 grant to PHS from The Pew Center for Arts and Heritage.

Hours are from 8 a.m. to 8 p.m. Monday to Friday and from 10 a.m. to 6 p.m. on Saturday and Sunday, through September 29th. Check out a calendar of events on the PHS website.

Great opening for @PHSgardening Farm for the City. Cultivate change by celebrating food as culture and healing, exploring avenues for an equitable food system, and beautifying the city. pic.twitter.com/CTfFBWFBxt

More photos of Farm for the City are below. (All images are courtesy of PHS.) 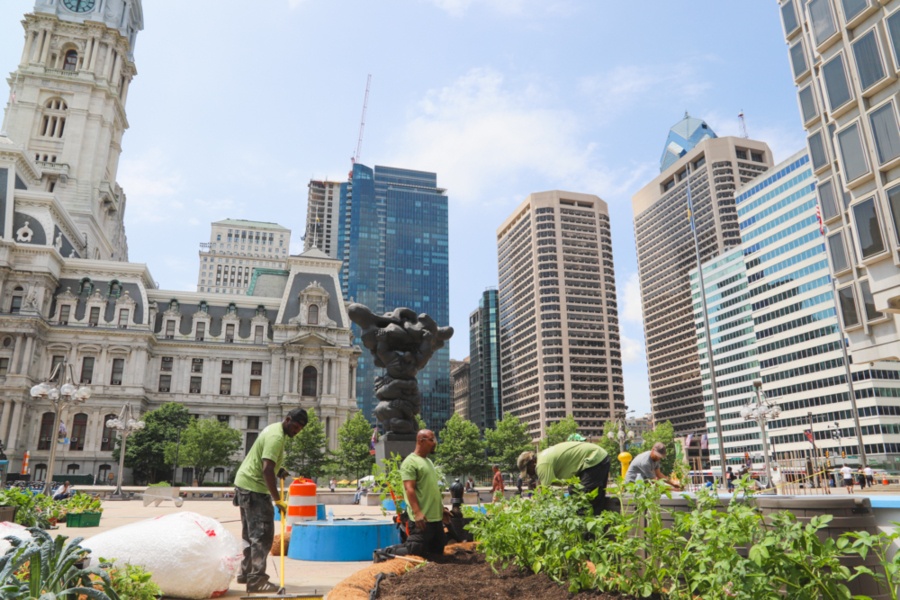 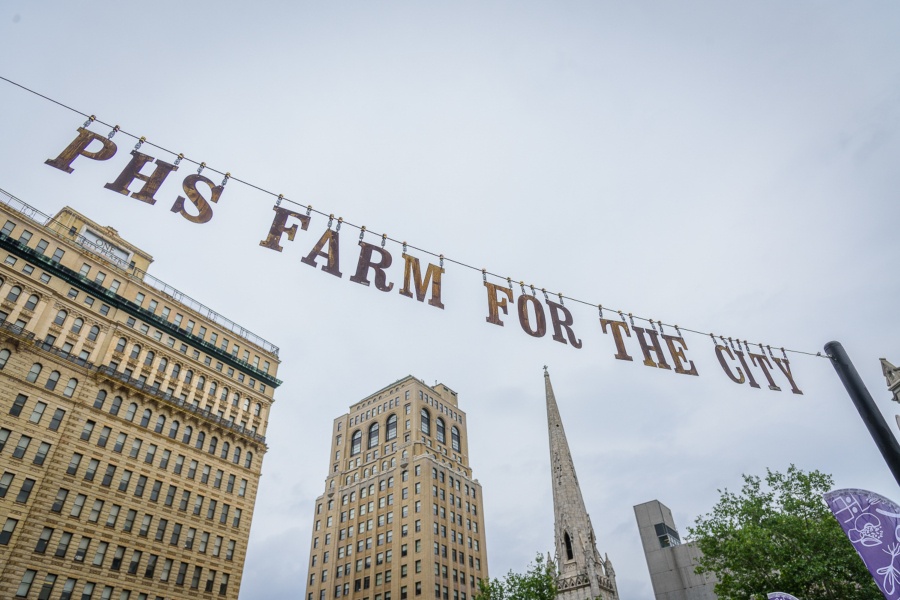 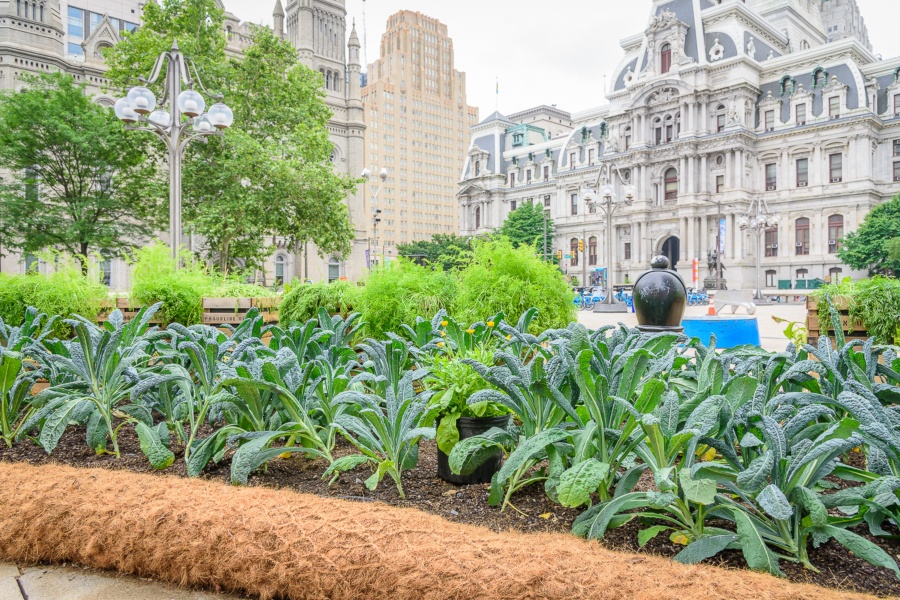