Fishtown’s Kristel Oreto, who has well over 1 million social media followers, is suing Facebook and Instagram after her dramatic weight-loss selfies turned up in sketchy online ads. 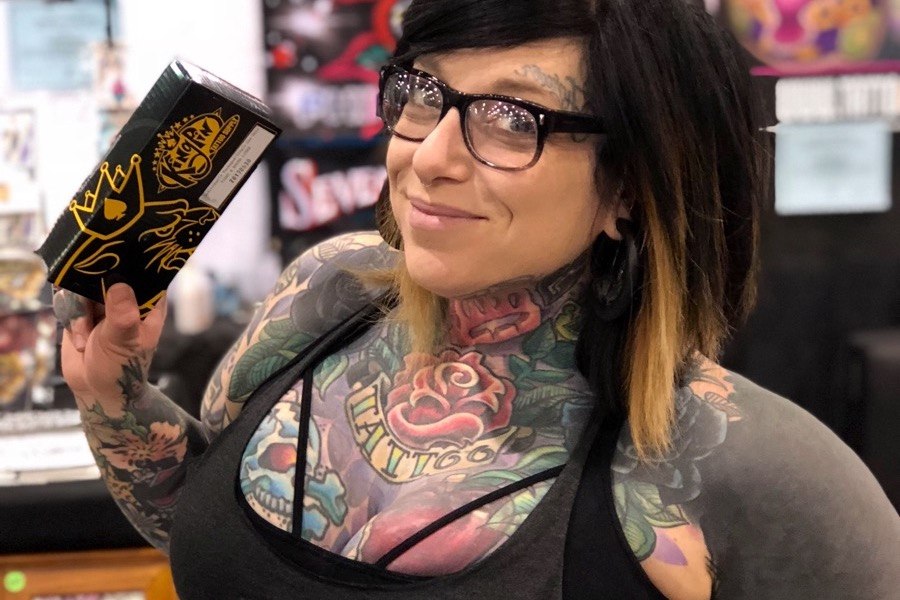 Oreto, who works out of East Kensington’s Seven Swords Tattoo Company, has more than a million Facebook fans and tens of thousands of followers on Instagram, where she posts her latest work as well as the occasional sexy selfie. (Case in point.) More than 70 percent of her body is covered in tattoos.

She was recently the subject of this New York Post article about how tattoos can affect your love life. And now, Oreto is taking Facebook and Instagram to court. 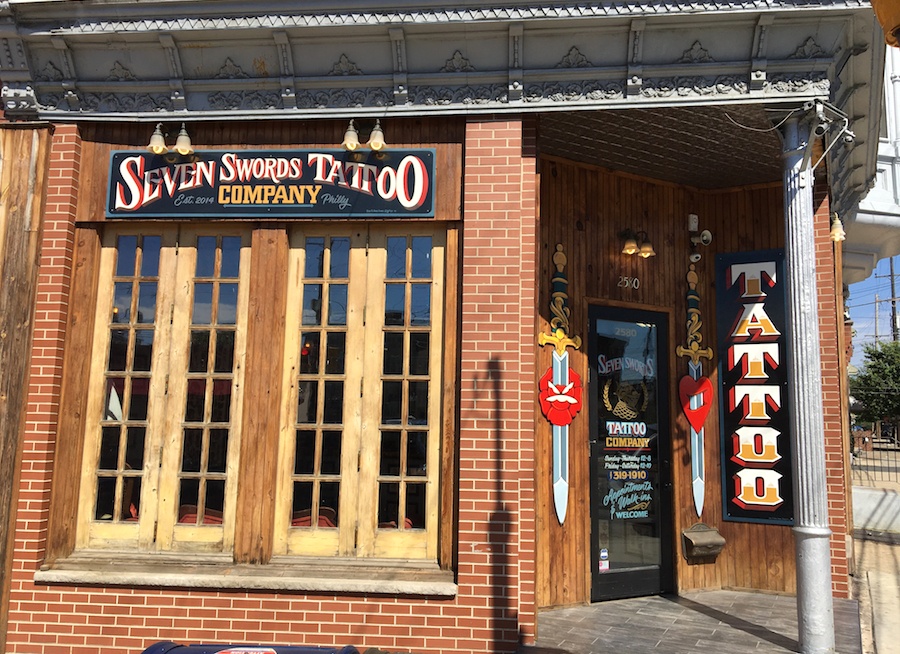 The 37-year-old Florida native, who these days calls Fishtown home, has filed a lawsuit against the social media giants in federal court, claiming that the companies are to blame for a series of ads that appeared on both platforms using her selfies without permission.

It all started back in 2016 when Oreto posted dramatic transformation photos of herself on Facebook and Instagram. She had weighed around 300 pounds, and after a tummy tuck, dietary changes, and twice-daily visits to Planet Fitness, she shed more than 120 pounds and 14 dress sizes. And she proudly shared before-and-after selfies on the social media channels.

“I have always been proud of my body especially being chunky all my life,” she told her fans and followers. “But people change as they get older. Once I made surgical [adjustments] to be more comfortable with myself, I aimed to maintain that investment!”

But then a curious thing happened: Her transformation photos began showing up in sketchy-looking weight-loss product advertisements on Facebook and Instagram. She had no idea how or why, and she says she never gave anybody permission to use her images. 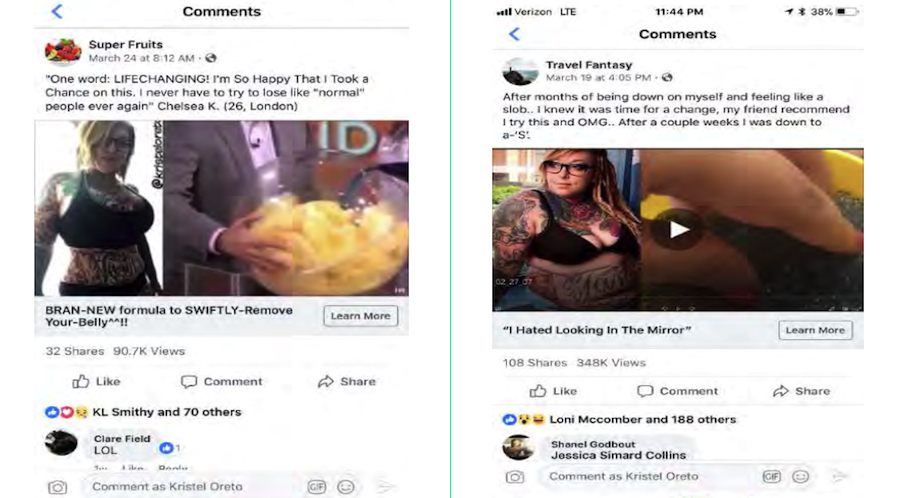 The Kristel Oreto lawsuit against Facebook and Instagram claims that these ads used her photos without her permission. (Images via court filing.)

She found out about the ads when friends saw them earlier this year and sent screenshots to her, wondering if she knew about them. Oreto got online and tracked down the ads.

“THIS IS NOT YOU!” she commented on one of the advertisements, which used her before photo along with the caption, “Ew! I Used to Look So Gross!”

“THIS IS ME,” she continued. “MY NAME IS ON THE PHOTO! I DIDN’T USE [YOUR] PRODUCT. I DID [IT] NATURAL! Thanks for being a jerk and putting me down on top of it.”

According to the lawsuit, some of these ads — most of which bore her Instagram handle @kristeloreto — were viewed more than a half million times as of March 2018. And some of the ads were total scams, Oreto claims.

A look at the comments section for some of the products reveals complaints from people who say they were ripped off, and, the lawsuit alleges, Oreto’s accounts were actually suspended after Facebook and Instagram received complaints about the companies behind the advertisements and the @kristeloreto handle.

As of the date of drafting this [lawsuit], many of Oreto’s followers, friends, and customers have been duped into believing that Oreto is sponsoring and endorsing the products or services associated with the fake advertisements approved by [Facebook and Instagram] — many of which, if not all, are scams …

Oreto says that she contacted Facebook and Instagram to complain about the ads but that the companies did little or nothing to fix the overall problem. One ad would come down, but then another would pop right up.

“This company is using my fitness photos to scam people out of hundreds of dollars with their diet product!” she wrote in a March 27th email to Facebook. “They are running 4 ads currently on FB and one on Instagram. This is the 15th time this has happened in 6 months and FB keeps allowing it! They degrade me and use my pics without permission.”

The lawsuit notes that Facebook and Instagram both claim to have policies in place that require all ad content to be approved by them, and there are also restrictions on misleading ads and ads that contain body transformation photos that depict unlikely results.

But despite these policies, Facebook has, as the suit puts it, “publicly admitted to having a rampant problem with ‘fake news’ including ‘fake advertising’… For instance, in May 2018, Facebook Inc. admitted that in the first quarter of 2018, it had discovered 837 million instances of spam, false advertising, fraud and 583 million fake accounts.”