Trump and the Eagles: What Philly Is Saying

Some Philadelphians are standing behind the president’s stunt, but more seemed relieved that a contentious White House visit has been called off. 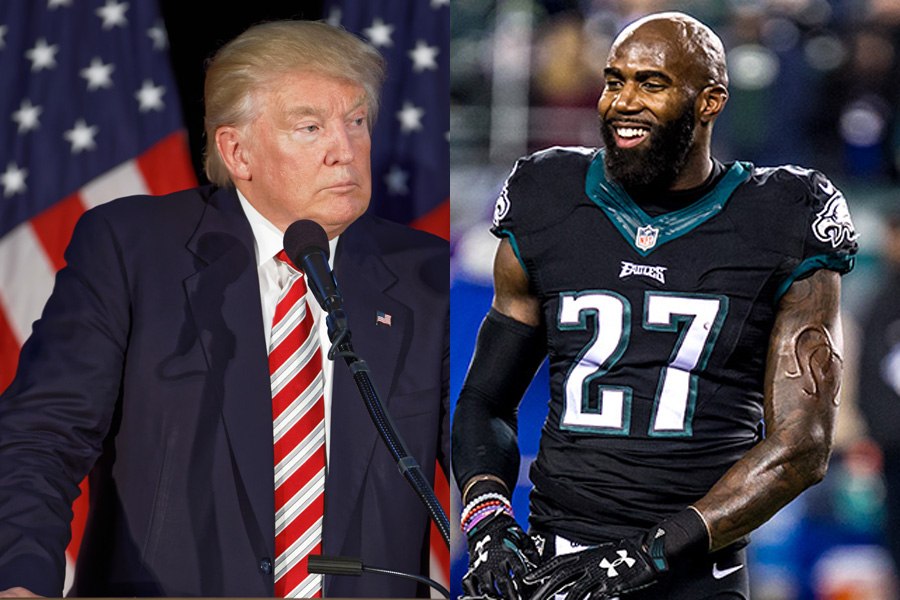 With bus tickets purchased, I was all set to head down to D.C. today to bring you good folks live coverage of the Eagles’ visit to the White House. That, of course, was all before our president decided he’d rather pull the plug at the last minute than bear the embarrassment of a light showing. (Fewer than 10 players were reportedly confirmed to attend the ceremony honoring the Super Bowl champions.)

While Trump and company undoubtedly believed that this tantrum was the best course to save face, those of us with rational minds can’t ignore the truth – the Commander in Chief is a fragile egomaniac with a flair for fascism and forced patriotism. You can thank his warped views on the meaning of duty, honor, and country for that.

Anyone can make a statement and paint with broad strokes; it takes a lot more to back up our own assertions with context and understanding. That’s the foundation of the truth, and the truth is this debate has never been about the anthem or supporting the military. If you still think it is, you’re not paying close enough attention.

Don’t let the president’s dog-and-pony show today fool you – Trump would spit on the flag if it made him an extra buck. He doesn’t stick to his guns when his beliefs are called into question, likely because he has no cogent explanation for why he thinks the way that he does. If he did, he’d still have those Eagles over no matter how few were willing to show. Instead, Trump has chosen to shroud himself from humiliation in a blanket of red, white, and blue.

Tell me what’s worse: Raising a fist during the National Anthem to protest inequality or hiding behind the stars and stripes as a means to prove your own self-worth?

Here are some other thoughts on Trump’s decision to cancel from notable Philadelphians and fans alike:

I’m proud of the Eagles on & off the field. Our players represent the diversity of our nation—a nation where we're free to express our opinions. Disinviting them only proves the President is not a true patriot.

City Hall is always open for a celebration. https://t.co/kU7LZkBNin

The @Eagles are still welcome to visit the US Capitol. I will have @Wawa coffee waiting. https://t.co/Ts41v7GBGn

What is appalling is that these men do not honor our great country and are not thankful for the sacrifice of our military and police. No respect. And for the mayor he is a disgrace, just look at Philadelphia its a 3rd world country… violent, drug infested. Yes and soda tax lol

Many here in Philadelphia understand the symbolism & applaud your decision to not play the trumpian game. Thank you @jeff_lurie for supporting these men of principles. I am one of 100s of 1000s very proud to call the Philadelphia Eagles MY team. #FlyEaglesFly @realDonaldTrump

Our party was bigger than yours #FlyEaglesFly pic.twitter.com/HIZk8xnJF1

I’m proud of what the @Eagles accomplished this year. I’m skipping this political stunt at the White House and just invited the Eagles to Congress. @Eagles How about a tour of the Capitol? https://t.co/niWR7zkSYx

Trump’s had issues with eagles before. pic.twitter.com/YMAzLBPJI5

There are no winners in this White House mess. Eagles should have cancelled the visit when 80 per cent of the roster declined to go. And Trump should not have blamed no-shows on anthem-protest issue. Why must every damn thing be so political?

NFL source notes that not one of the players on the Super Bowl-winning Eagles took a knee all regular and post-season.

Until November, Malcolm Jenkins raised his fist during the anthem to protest racial injustice. In pre-season Ron Brooks took a knee but he was cut.

I want to get angry that people are getting angry at the Eagles for this thing, but then I remember that's exactly what Trump wants — to divide people for his own benefit — and I'm not going to give him the satisfaction.

So I'll just say that the Eagles won the Super Bowl.

If the Eagles were all-American heroes like Kim Jong Un, I’m sure Trump would be dying to meet with them.

For those that are boohooing about taking time off from work and spending money to go to DC then use your day to visit a veterans home or visit the WWII Vietnam and Korea war memorial or go to Arlington national cemetery and pay your respects to the true heroes of our country.

Imagine wanting to please the boss so very badly that you run stills of guys knelt down PRAYING during pregame. Not one Eagles player knelt for the anthem this yr. Keep carrying his water to sow division while misrepresenting Christian men. Aren’t many of your viewers.. nevermind https://t.co/QdlOvL0btq

So many lies smh
Here are some facts
1. Not many people were going to go
2. No one refused to go simply because Trump “insists” folks stand for the anthem
3. The President continues to spread the false narrative that players are anti military pic.twitter.com/89GUNhJ4eE