A new sign at a longstanding Philly watering hole has some of the neighborhood’s newcomers outraged. 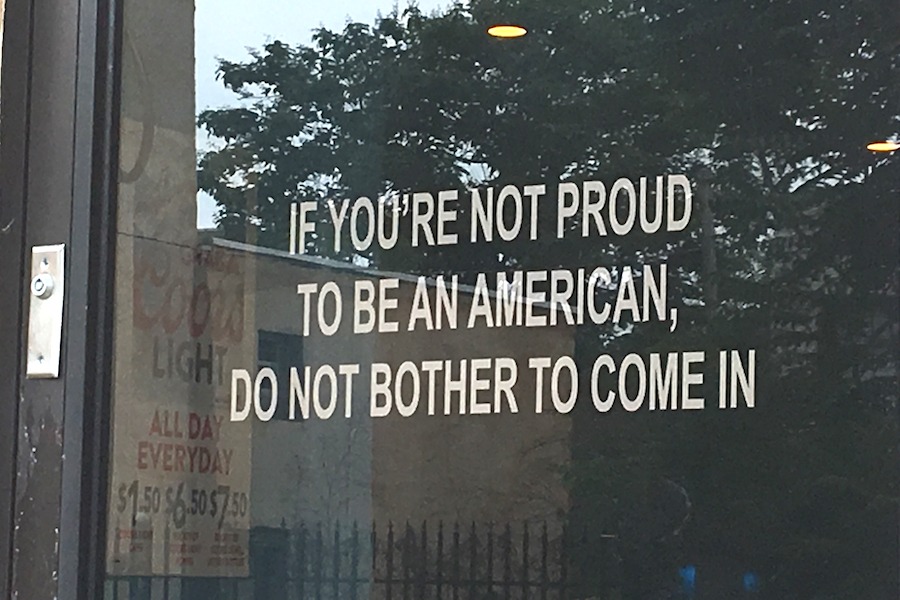 About 15 minutes into my Thursday-night visit to Old Philadelphia Bar, the inevitable happened. A man, who said he was a former firefighter before saying that he was a Mexican, which he then said was “just a joke” (the Mexican part), walked up to the jukebox, put his money inside, and played the 1984 Lee Greenwood hit “God Bless the USA.” And as the anthemic chorus began, many of the patriotic patrons at the bar joined in:

And I’m proud to be an American
Where at least I know I’m free
And I won’t forget the men who died
Who gave that right to me
And I’d gladly stand up next to you
And defend Her still today
’Cause there ain’t no doubt
I love this land
God Bless the U.S.A.

It’s a fitting theme song for the smoky little bar at the corner of Martha and Dauphin streets in the Kensington section of Philadelphia — just around the corner from popular spots like Pizza Brain and Martha, and just across the border from Fishtown. The sign on the front door reads: “IF YOU’RE NOT PROUD TO BE AN AMERICAN, DO NOT BOTHER TO COME IN.” 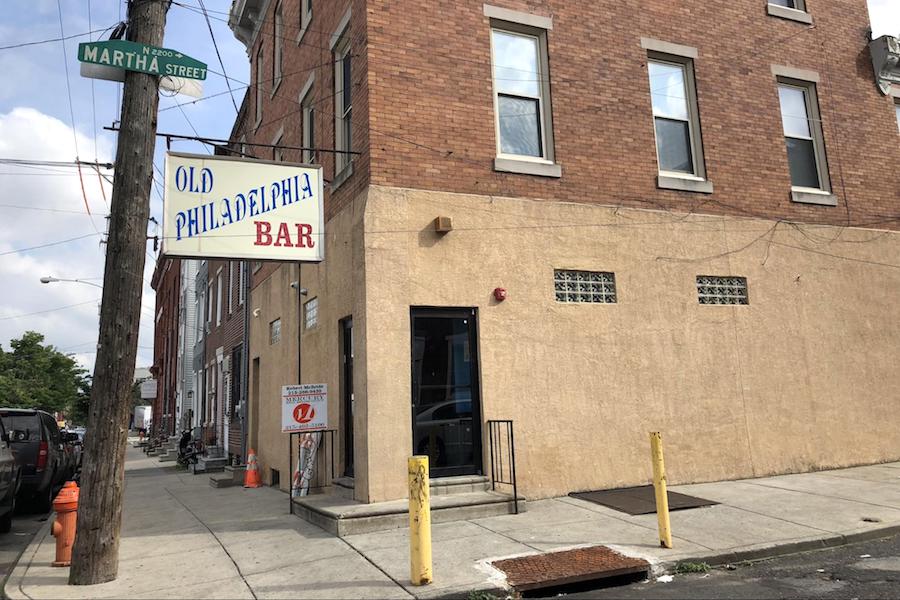 The message on the door is a recent addition to the bar, which has been around for more than 40 years and serves $1.50 pints of domestic beer — $1 during televised local sporting events. There are American flag pennants, “USA” signs, and red and blue stars all over the walls. It’s the type of bar where you’re more likely to find construction workers and toothless men than the hipsters and yuppies who have taken over parts of the neighborhood around the bar.

“Not over run with hipster douchebags,” is how one recent Google review puts it. “And even if you do see some hipster douchey McDouchebags … they know to keep their abject stupidity to themselves.” 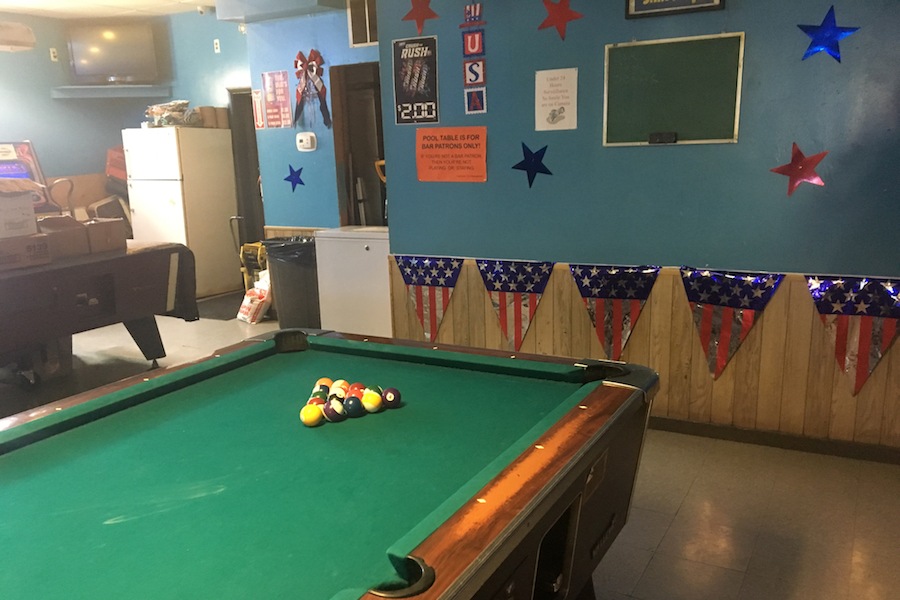 Earlier this week, a passerby took notice of the door signage and posted it to a Facebook community group, where outrage ensued. One person joked that the bar must belong to Joey Vento, the late owner of Geno’s Steaks, who infamously and proudly displayed that “THIS IS AMERICA … SPEAK ENGLISH” sign at the iconic cheesesteak shop.

One young Fairmount woman who saw the image said she’d be sure to skip Old Philadelphia Bar — the locals simply call it Old Philly — because her boyfriend is an Indian man who has a beard.

“I would avoid going there,” she told me. “It’s usually fine. Sometimes, some places, it’s not fine. As is obvious from that sign.”

But the staff and regulars inside Old Philadelphia Bar don’t understand what all the fuss is about, and a bar manager told Philly Mag that, if anything, the addition of the sign has increased business.

“If you’re in this country, you should be proud to be an American,” one Old Philadelphia bartender told me.

“But what about people who are in this country who simply aren’t American?” I asked her. “How should they feel about a sign like that?”

She shrugged and said, “We love everybody here … Besides, a Spanish guy put it up for us.”

A regular who was listening to our conversation chimed in.

“If you weren’t born here, then you need to go back to where you came from,” he told me. An enlightened discussion of the Mexico-USA border wall followed, with one gentleman saying he wished somebody would pay him to build the wall.

Some local residents are reportedly considering filing a complaint about the Old Philadelphia sign with the Philadelphia Commission on Human Relations, the city’s civil rights agency. Of course, a complaint filed with the PCHR over the Geno’s sign resulted in a ruling that the sign was not discriminatory, and it remained displayed at Geno’s Steaks until 2016, five years after Joey Vento’s death.

Either way, the sign may not have much longer to offend people. The bar in this quickly gentrifying neighborhood just went up for sale.

“For Sale sign recently popped up outside,” noted one Yelp reviewer, who gave Old Philadelphia Bar one star. “Go if you wanna be an Instagram edge lord or are on some Vice magazine/ironic dude-bro ‘sketchiest bar in Philly’ bar crawl and enjoy being a hipster cliché. Me? I’ll wait till it sells and turns into a nice ‘New Philadelphia’ gentrifier bar I can get a decent IPA and some good food …”

With reporting by Kylee McGuigan and Julie Hanss