U.S. District Judge Michael Baylson called the case a “paperwork dispute” that could easily be solved “with the stroke of a pen.” 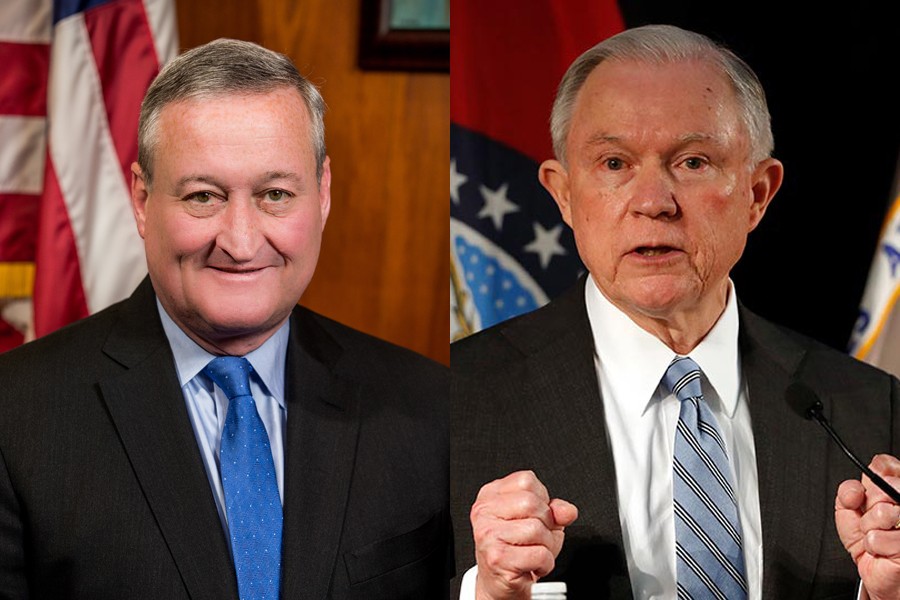 The Trump and Kenney administrations remain at an impasse in their heated legal debate over Philadelphia’s designation as a sanctuary city and what that means in terms of securing federal funding.

If you haven’t been following along, the skinny is that the Trump administration has withheld about $1.5 million in grant money for local law enforcement because Philadelphia police, under Mayor Jim Kenney’s direction, do not assist U.S. Immigration and Customs Enforcement (ICE) agents in rounding up the city’s undocumented immigrants for deportation. An executive order from then-Mayor Michael Nutter first established Philly’s status as a sanctuary city in 2014.

Following Nutter’s lead, the situation has escalated during Kenney’s tenure in City Hall after the election of President Trump and his subsequent appointment of Jeff Sessions as U.S. attorney general. Kenney sued Sessions in August 2017 for withholding the money, and testimony in the trial concluded on Thursday.

During yesterday’s proceedings, presiding Judge Michael Baylson called the case a “paperwork dispute” that could easily be solved “with the stroke of a pen,” the Inquirer reports. Baylson said he would like to see an agreement worked out between both sides or he would be forced to act himself.

PPD Commissioner Richard Ross testified earlier that his department simply doesn’t have the manpower to comply with ICE’s detainer requests. So Baylson offered his own compromise if a deal between the city and feds isn’t struck: What if ICE was held responsible for researching the criminal history of people they are seeking to detain while Philadelphia officers would only be asked to turn those individuals over?

It’s unclear at this time what Baylson’s ruling in the case will be or when we can expect his decision.