“Listen, the dogs are gonna poop whether or not I’m there with the camera,” she insists. “I'm not mistreating them.” 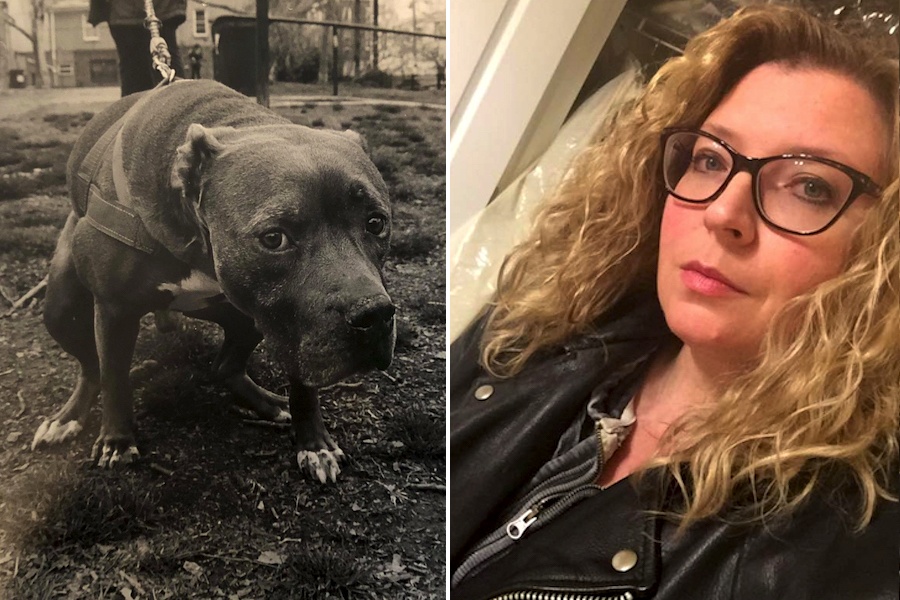 I don’t know about you, but when I see a dog having a moment on the sidewalk, I tend to look away and give it some privacy. But then, I’m not South Philly photographer Beth Ann Dombkowski.

Over the last year, the 38-year-old Passyunk Square resident has been strolling around South Philadelphia, Fairmount, and Center City photographing all sorts of defecating canine specimens on 35mm film, and now she intends to exhibit the series at her own soon-to-open works-on-paper gallery Wanderlife at 13th and Daly streets, between Wolf Street and Snyder Avenue.

“Poopface: Dogs of Philadelphia” opens on June 8th. The original name before a friend convinced her to change it? “Dog Shit”.

“I had to buy a gallery just to show my own work,” jokes (?) Dombkowski, who explains that “Poopface” — the debut show at Wanderlife — is her first show since she graduated from Moore College of Art and Design with a photography degree in 2001. All of the images in “Poopface” are gelatin silver prints that she developed in the darkroom in the back of her gallery and will be hung with the name and bio for each mutt.

“I just announced it last night and all of these people are already responding to it,” Dombkowski told me on Wednesday, a few hours before she was to board a plane for Hong Kong. “It’s one of these things that people all know but don’t really talk about: Dogs make funny faces when they poop. It’s this strange, intimate vulnerability that they have. We don’t watch each other poop, but dogs we watch. It almost like we’re infringing on their privacy.” 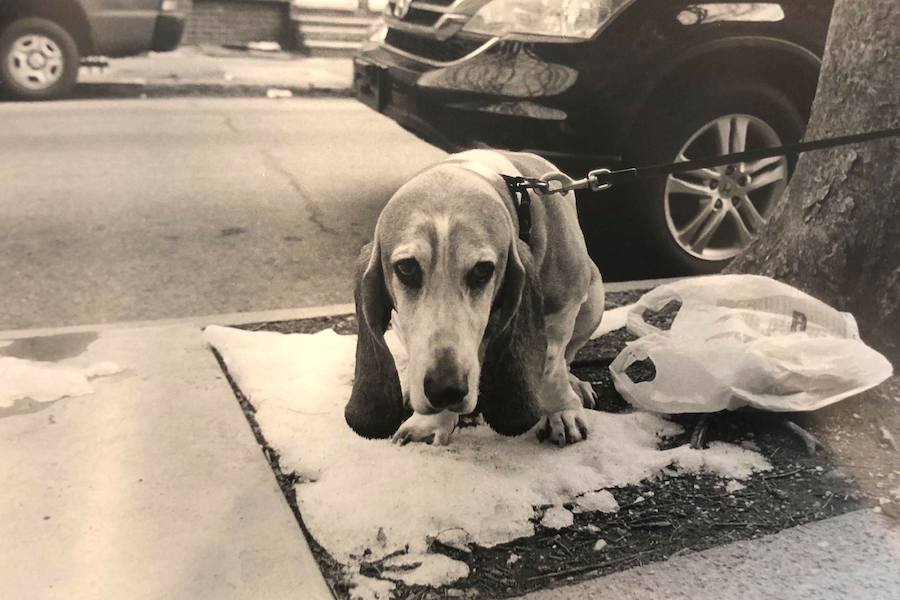 When she’s not walking around Philadelphia taking pictures of squatting dogs, Dombkowski works in admissions at New Jersey’s Rowan University and volunteers for the Philadelphia Animal Welfare Society (PAWS). Notably, she does not own a dog.

“I travel too much,” she explains. 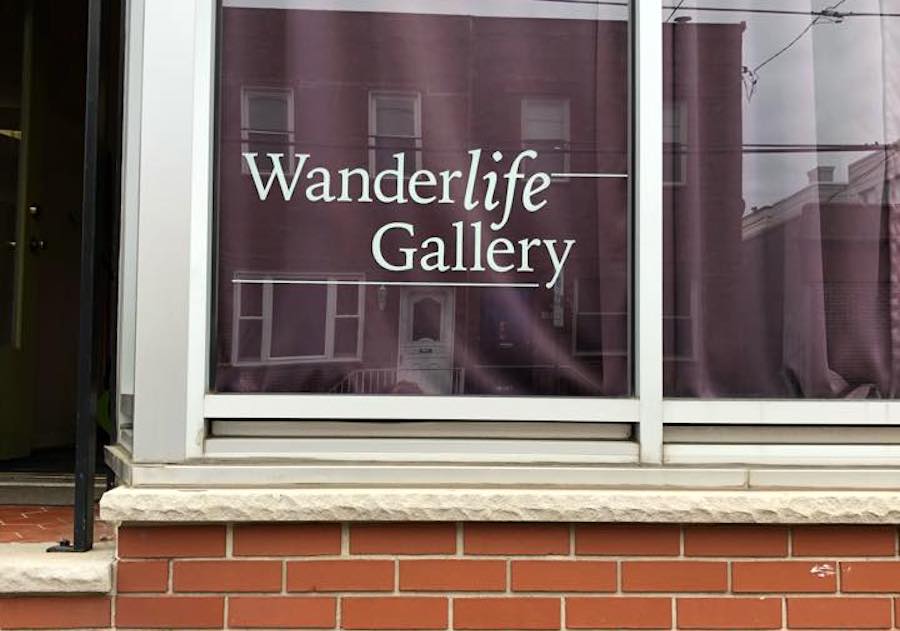 She also doesn’t just randomly photograph defecating dogs without permission. When she decided to begin the series, she contacted dog owners she knew and made appointments at their pets’ “pooping time,” as she calls it.

“Most people were receptive,” Dombkowski tells me. “The general reaction is laughter. One person said she wasn’t sure how she felt. One guy told me he didn’t think it was the right move for him or his dog … Listen, the dogs are gonna poop whether or not I’m there with the camera. I’m not mistreating them.”

Should you desire your very own copy of a dog defecating on the sidewalk in Philadelphia, the prints will be for sale for $300 to $600 at the show.