One of the “Worst Landlords in Philadelphia” Sues Over Negative Reviews 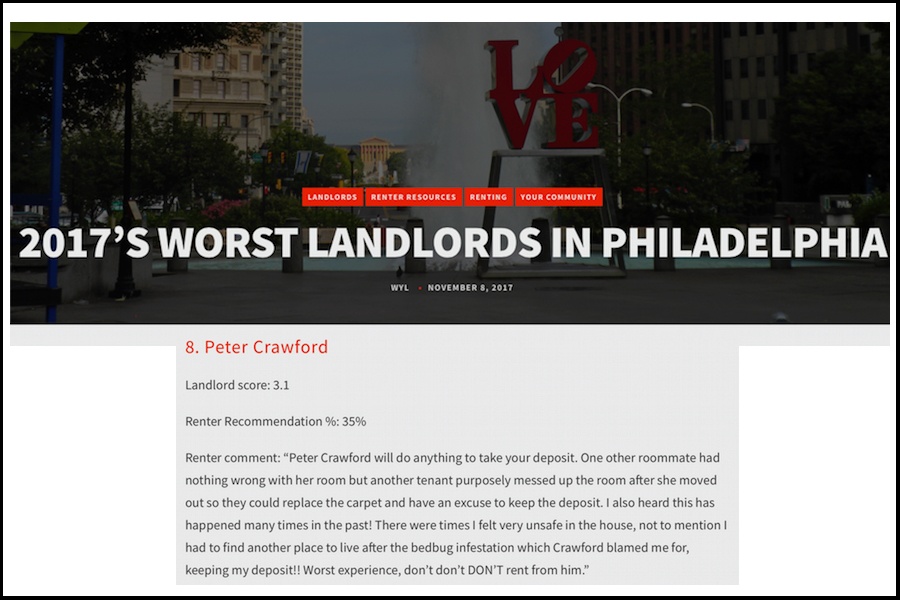 Image via court exhibits filed with the United States District Court of the Eastern District of Pennsylvania.

When Temple graduate Ofo Ezeugwu launched his “Yelp for renters” startup WhoseYourLandlord.com in 2014, it seemed like a pretty intriguing idea. Regular people were already taking to the Internet to review all sorts of things — restaurants, mechanics, dentists, etc. — so why not landlords?

Before its launch, WhoseYourLandlord (yes, there’s a reason why the name of the company is grammatically incorrect, and you can read all about it here) raised close to $50,000 between friends, family and pitch competitions, and it soon received press in places like the New York Post, Tech Crunch, ABC News, and here at Philly Mag.

And Ezeugwu was just named Professional of the Year by Philadelphia’s African American Chamber of Commerce. Here he is pitching WhoseYourLandlord at DreamIt Philly:

But there’s at least one person in Philadelphia who is not a fan of WhoseYourLandlord.

Google the name of Philadelphia developer Peter Crawford and one of the first results you’ll get — even before the link to Crawford’s own website — is the “Landlord reviews for Peter Crawford” page at WhoseYourLandlord.com. 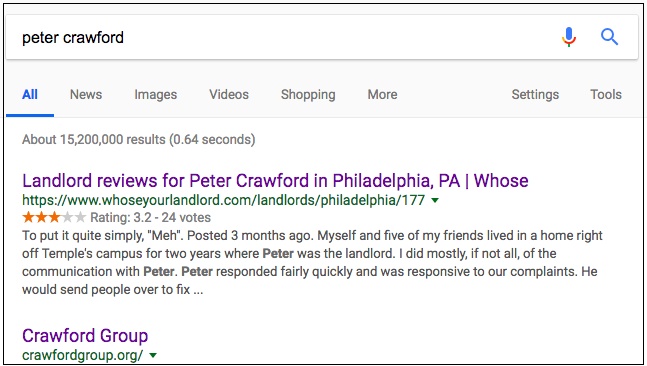 Google results for a search on Peter Crawford.

Well, Crawford, whose company Crawford Group rents apartments in Fishtown and South Philadelphia and near Temple, is now suing WhoseYourLandlord over negative comments about him and his company on that site.

On the WhoseYourLandlord page, anonymous users — we are to presume they are actual renters, but the site does not ask posters to confirm their identities in any way — rate Crawford Group (and scores of other landlords in Philadelphia) in categories like responsiveness, pests, safety, and condition. And they also leave written reviews explaining their ratings.

Here is one Crawford Group review cited in the federal lawsuit Crawford just filed against the Brooklyn-based WhoseYourLandlord:

Peter Crawford will do anything to take your deposit. One other roommate had nothing wrong with her room but another tenant purposely messed up the room after she moved out so they could replace the carpet and have an excuse to keep the deposit. I also heard this has happened many times in the past! There were times I felt very unsafe in the house, not to mention I had to find another place to live after the bedbug infestation which Crawford blamed me for, keeping my deposit! Worst experience, don’t don’t DON’T rent from him.

In this case, WhoseYourLandlord took that comment and incorporated it a 2017 article “Worst Landlords In Philadelphia,” which was published to its site and shared on social media in November. 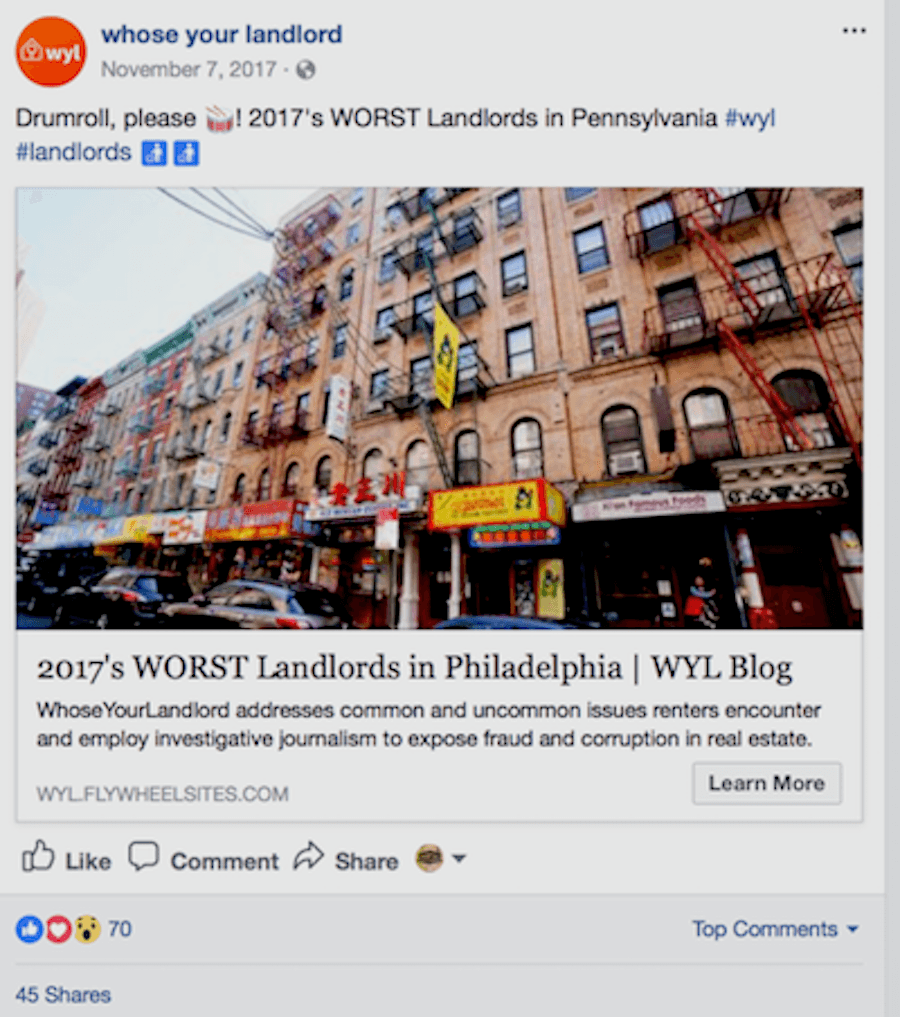 According to the lawsuit, the comments about Crawford and his company that appear in the article are false and defamatory, and Crawford maintains that WhoseYourLandlord never bothered to check the veracity of the negative statements about him. (The company did not respond to our requests for comment on this article.)

As the suit states it, WhoseYourLandlord’s “failure to investigate the truth of these statements prior to publishing them was done in reckless disregard to Plaintiffs’ reputations and the truth. Particularly, when those statements are used as a reference to justify calling [Peter Crawford] one of the worst landlords in Philadelphia, Pennsylvania.”

Section 230 of the Communications Decency Act generally provides immunity to websites for user-generated content, so the negative comments about Crawford in WhoseYourLandlord’s database would likely be covered by that federal law. But according to two First Amendment attorneys we spoke with about the case, this becomes more of a legal gray area when a website repackages and repurposes those comments into its own editorial content, and some jurisdictions around the country have been recently tightening the reins on the application of Section 230.

“We want people to understand this is a site where you can openly talk about information in a direct, cool way,” one of the WhoseYourLandlord founders said in this 2017 interview. “When you’re seeing reviews on a platform, you’re seeing the titles people use to describe their experiences, it’s funny.”

Crawford, however, doesn’t seem amused. The suit seeks damages in excess of $120,000 plus attorney fees, as well as a permanent injunction requiring WhoseYourLandlord to take down the comments about Crawford.