Ex-Con Posing as Famous DJ Talked His Way Into CAPA, Met With Students

Jerez Coleman served prison time in 2016 for making false threats against the D.C. metro system and was once profiled on the MTV show “Catfish.” 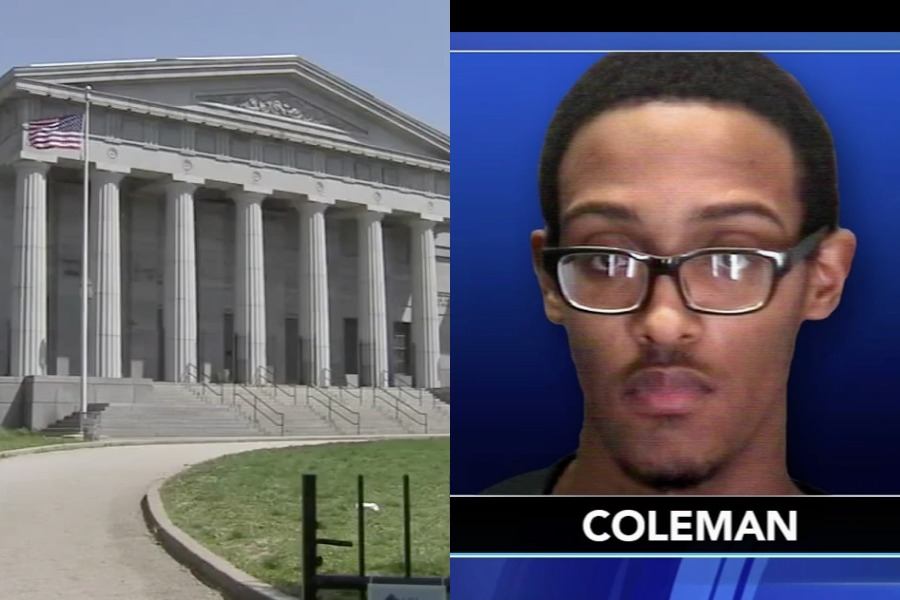 A man who once appeared on the MTV’s Catfish — a reality TV show about people who fake their identities online — somehow worked his way into the High School for Creative and Performing Arts on Broad Street on Thursday by posing as a famous DJ for Alicia Keys, according to the School District of Philadelphia.

6ABC was the first to report that the man was actually Jerez Coleman, known as Kidd Cole from Catfish. Coleman was featured on the show’s fourth season after allegedly pretending to be a rapper/producer/musician and convincing a young woman to book shows for him — by paying upfront and out of her own pocket — under the pretense that she and Coleman were working in conjunction with Kanye West’s GOOD record label.

On Thursday morning at CAPA, Coleman reportedly referred to himself as “DJ Official Silent Assassin” and entered the school with two district officials, who were supervising and filming him, and two men acting like bodyguards. 6ABC reports that Coleman talked and rapped with students. According to the news organization, one student said she thought he was acting “shady,” so she looked him up and figured out who he was.

Coleman isn’t just known for his “Catfish” appearance: He also has a criminal record. He was sentenced to 21 months in prison in March 2016 after he called in false threats against the Washington, D.C., transit system more than 300 times between December 2014 and May 2015. At that time, attorneys with the Department of Justice said that:

“In one such call, for example, made on Dec. 12, 2014, Coleman called 911 to report that he and his friends had bombs and were on a Metrobus at the Potomac Avenue Metro station in Southeast Washington. During the call, Coleman stated, “We are going to blow the entire whole bus…everybody is going to die in ten minutes…” This call prompted an immediate emergency response. MPD and Metro Transit Police were diverted from other duties and dispatched, emergency lights on and sirens blaring, to the scene. … They searched each seat of the bus, the wheel wells, the undercarriage, and the exhaust pipes. Throughout this search, the bus was out of service. After the thorough investigation, police determined that the 911 call was a hoax.”

Philadelphia School District spokesperson Lee Whack called Coleman an “impersonator” and said that he “should not have been approved to speak in our schools.”

Coleman was released from federal prison at the end of 2016.

Whack said school officials were present during Coleman’s interactions with students and that he passed through a metal detector to enter CAPA. The district plans to send an email to parents regarding the issue on Friday.

“We are definitely going back over all of our procedures in order to make sure something like this does not happen going forward,” Whack said.