“Many of us have no interest in supporting President Trump,” Jeffrey Lurie was recorded saying in an NFL owners meeting last October. 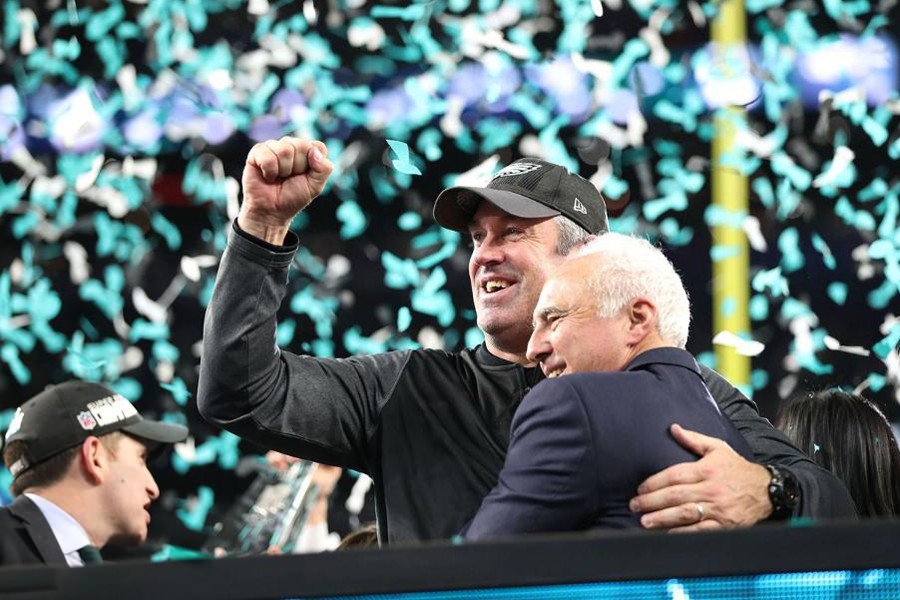 After a period of uncharacteristic uncertainty, White House officials have confirmed to the New York Times that they are currently in discussion with the Eagles to schedule the traditional visit of the Super Bowl champions to Washington.

“We have been in conversations with the Eagles about timing and are working with them to make it happen,” said White House press secretary Sarah Huckabee Sanders. “We hope to have something finalized in the next couple of weeks.”

Upon winning their respective title games, professional and collegiate sports teams are routinely invited to tour the White House and hold an audience with the president – basically a pep rally with a dash of federalism. But sometimes individual athletes decline to participate for personal political reasons.

Several Eagles have done so already. Defensive end Brandon Graham went on WIP yesterday to say he was joining the boycott. As an entire team, the NBA champion Golden State Warriors rejected their visit. (Philly’s own Dawn Staley said the invite for her University of South Carolina women’s basketball team must have gotten lost in the mail.)

Then there’s Jeffrey Lurie, who went on an anti-Trump rant at an October meeting of NFL owners that has now resurfaced.

SECRET RECORDING from @NFL owners meeting: "Many of us have no interest in supporting President TRUMP,” @Eagles owner Jeffrey Lurie said, describing Trump's presidency as "*&%$# disastrous,” then adding: “Don’t quote me.” https://t.co/bWDJGnG0aH

“Another fact I want to throw out there: Many of us have no interest in supporting President Trump,” Lurie said, according to a recording of the meeting obtained by the Times. “Yes, there are some. There are some players who do, too.

“But this is not where you brandish a group of people because they own assets in a sport we love, supporting what many of us perceive as, you know, one disastrous presidency,” the Birds owner went on to say before reportedly using an expletive to further emphasize his distaste for the Trump administration.

It’s safe to say that this White House visit, while said to be in the works, is tenuous at best. Since the tradition began with President Ronald Reagan in the ’80s, only two NFL teams have not made the trip: the New York Giants in 1991 (Gulf War) and Denver Broncos in 1999 (Clinton impeachment proceedings).