After years of declines, our ozone levels saw an uptick between 2014 and 2016, according to the 2018 State of the Air report. 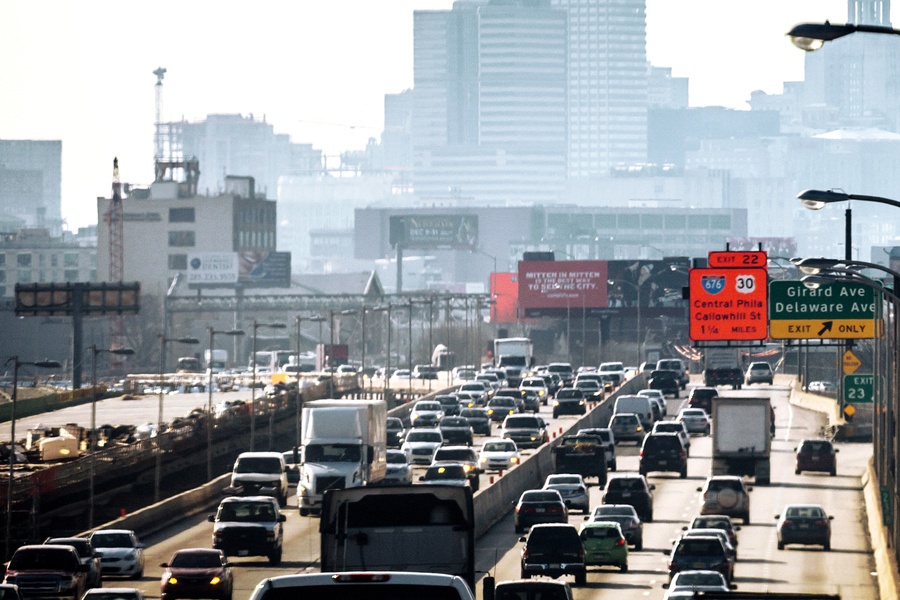 The latest edition of an annual study conducted by the American Lung Association has found that levels of ground-level ozone (commonly referred to as smog) have increased across the board in the Philadelphia metro area – which includes parts of northern Delaware and the Shore, too.

“For ozone, with the sole exception of Atlantic County, N.J., all monitored counties in the Philadelphia metro area posted worse results than in last year’s report,” the ALA says. In its 2018 State of the Air report, Philadelphia county’s ozone grade was an F, which means that the air we breathe each day poses potential health risks for us all. Isn’t that just great to hear?

According to the U.S. Environmental Protection Agency, smog is formed when toxins emitted by cars, power plants, industrial boilers, refineries, etc. react in the presence of sunlight. Smog is more prevalent in the summer months due to the increased sunlight and warmer weather.

Out of 227 metropolitan areas surveyed, Philadelphia ranked 24th in days with high ozone pollution. For year-round particle pollution, Philly is ranked 12th, with a grade of C. The ALA’s report says that air pollution rose in most large cities compared to last year, and this uptick in smog levels serves as further evidence that “a changing climate is making it harder to protect human health.”

After missing an earlier deadline last October, the EPA still has yet to declare whether Philly is in violation of the Clean Air Act. A federal court in northern California ruled last month that EPA chief Scott Pruitt has until April 30th to carry out enforcement of the agency’s 2015 Ozone Standards.