Vince Fumo’s Son Is Running for Office in Philly (and Producing a Play!)

The offspring of the ex-con former state senator dishes on the Fumo legacy, his campaign for committee person in South Philadelphia, and his upcoming theatrical work about the Italian Market. 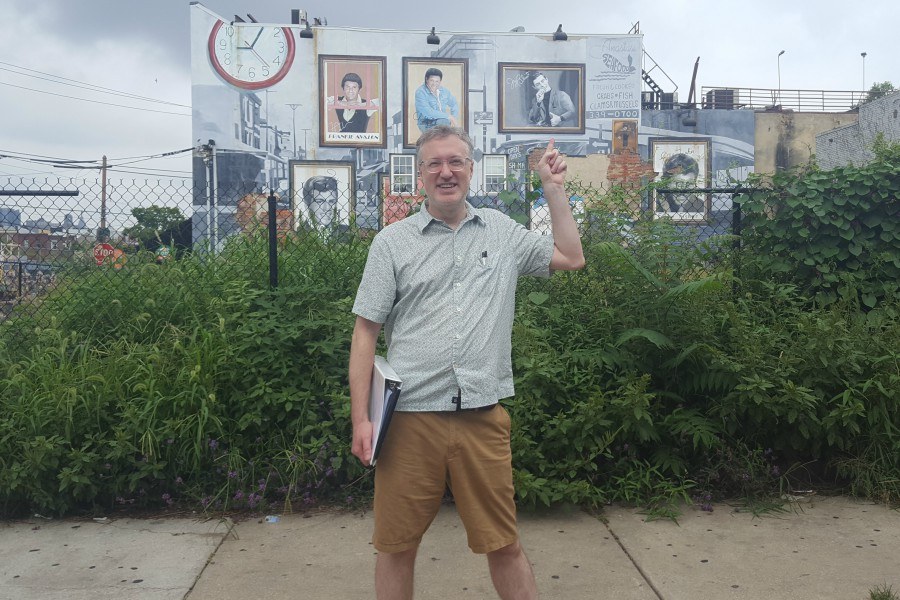 Some South Philadelphia voters might see a familiar name on their primary ballots next month: Vincent Fumo.

Fumo is running for the city’s most entry-level political office: committee person. If you have no clue what a committee person does, here’s a quick explainer (via the nonprofit Committee of Seventy): Philadelphia is divided into 1,687 voting divisions (also called called “precincts”). Divisions are the city’s smallest political unit. Each of them contains somewhere between 100 and 1,200 voters, and where you vote depends on which division you live in.

Divisions are represented by up to two Democratic and two Republican committee people, who are elected by voters of their party who live in the same division. Committee people are responsible for selecting ward leaders (who are very influential in Philadelphia).

Fumo is running for committee person in the 2nd Ward, 5th Division. He’s up against three other Democrats: Denise Eddis, Joshua Herren and Jason Oscar. There are no Republicans on the ballot. We gave Fumo a quick call on Thursday to chat about his decision to run for committee person — and to hear about his forthcoming play, The Italian Market Project.

Why are you running for committee person?

I’ve been indirectly involved [in politics], in committee and civic groups, and the Bernie Sanders campaign made me a little more active. Then the Democratic Convention was here, and I was like, ‘Boy, it would’ve been really cool if I were a delegate.’ That’s my goal, is to be a delegate at the next convention. So I decided to be more active in the Democratic Party. I ran for a poll worker position last year. This year, at the primary, I will be working the polls as a machine inspector. Now I want to go up one step. There are four people who are running for this spot, so it’s going to be a little difficult. Hopefully people who aren’t paying attention are going to see my name, and hopefully I’ll get a couple votes that way, and that will be my edge. 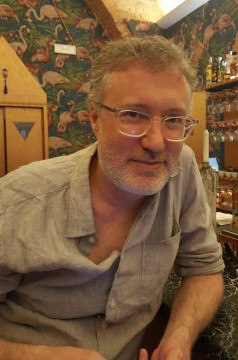 So you want to be a delegate — any other, larger political aspirations?

Yes and no. It all depends on how things go. I think I would really love to have some type of position in some legislative body somewhere, whether it’s City Council or U.S. Congress or whatever, state representative. It’s not a long term goal, but it’s something that I’ve thought about. But I tend to shun publicity, which is probably not too good for a political career.

What are some issues you care about?

Some esoteric weird things, like the way that we count votes and the way we do our election math. I’m interested in making elections fairer for third party candidates to get on the ballot and have an equal shot in being elected. A lot of my views are very progressive. And my daughter is in public school now, so I’ve been involved with the public school system and trying to be active in that area. I’ve been on the Home and School Association and School Advisory Council. I also applied for the school board but did not make our mayor’s cut.

You mentioned third party candidates, but you said you want to get more involved with Democratic Party.

The only way to change the system is to work from where the power structure is. I don’t think I’m a traditional old school Democrat in that way, but in Philadelphia, that’s where it all is.

You would know that, as Vince Fumo’s son.

How did that factor into your decision to run — and does it hurt you or help you?

Somebody, at one point when Bob Brady [announced he was retiring], was like, ‘Oh, you should run for Congress. People would vote for you. You would be a shoe-in because of your name.’ I think that to some extent that’s true, but there’s also probably people who would not vote for me because of my name.  There’s a lot of people in Philly who don’t really remember the name [Fumo] anymore, so I don’t think that it would have that much of an effect outside of South Philly. But its an interesting question, and one I don’t really know the answer to. On other hand, I do know that I’m close to a lot of the people in politics. Is that a plus or a minus? I would take it as a plus, but who knows.

Does your father know you’re running?

He and I really don’t speak, so I don’t know. It’s certainly within the realm of his knowing. I think there’s a fair chance that he probably hasn’t noticed. I don’t think he has an interest in knowing, either.

Are you self-financing this campaign?

Yeah, but my budget is zero. I don’t plan on spending any money.

You creating a play called The Italian Market Project. Can you tell us about that?

I’ve been involved in the theater community for a while. I live in the Italian Market, and I’ve been there for about eight or nine years now. I see tourists coming all the time —coming to get cheesesteaks, and they eat their cheesesteaks and … get on their bus and go back to their hotels in Center City. They’re missing out on this beautiful market. I wanted to create some kind of experience for tourists, also for Philadelphians but marketed toward tourists, where they could get the flavor of the market and the full experience. It will have a small audience, like eight to 10 people per show, and it will be an experience where they go through the market and meet different actors along the way. It’s an adventure and has some twists, so I don’t want to give out more details. There’s a show in New York called “Accomplice“, which is kind of similar. That was something that inspired this.

It’s been so much harder to produce than a traditional play. It’s like, we have to deal with people crossing streets and locations and everything has to be moving around. It’s a seriously complicated production. I’m not the sole financier, but I’m the primary financier, and it’s been a labor of love for me. We’ve been working on it for about a year and a half.

When will it debut?

We’re going to be hopefully opening in June.

What do you think about the push to rename the Italian Market the 9th Street Market?

That’s one of the things that this production tries to address — that it’s not just Italian anymore. The section that I live in is almost 100 percent Mexican in terms of the stores and stuff. I can understand people wanting to un-brand it as the Italian Market.

One of the locations in our play is under the Frank Rizzo mural. So I hope that stays there, because if they paint it over, I’m going to have to change my whole script.

Which do you see yourself as more: a playwright or a politician?

At the moment, a playwright. Though I didn’t write this play — I commissioned a Philadelphia playwright, David Jacobi. But I’m actually working on another play now, which I’m writing.

What do you do when you’re not writing plays and running for office?

I write software. I work at Comcast. It’s very sort of boring, back-office kind of stuff, but it fills me with a lot of joy. The [playwriting and politics] are exploratory things.