Carrying Naloxone While Black: When Saving a Life Could Cost Me My Own

The surgeon general’s recommendation that Americans start carrying doses of the overdose-reversing drug ignores the racial stigma that makes it dangerous. 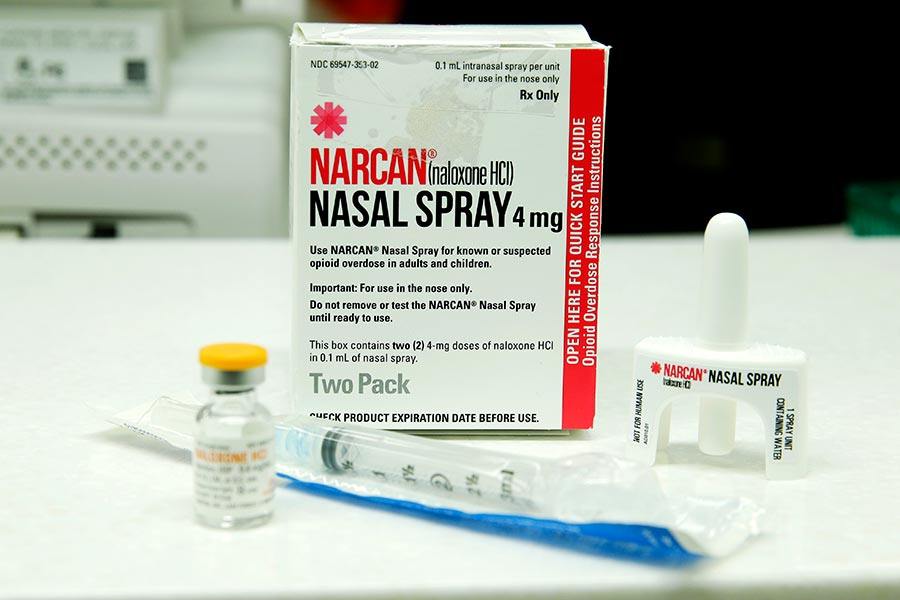 Not all Good Samaritans are seen the same way.

A few summers ago, high temperatures caused a wave of heat-related illnesses and deaths across Philadelphia. I was near Suburban Station on one of those hot days when I witnessed a homeless man gasping for air. Panicking, I assumed he was having a seizure and signaled to others for help. An older white woman on a bicycle heeded my call and quickly figured out that the man, now fainting, was suffering from heat stroke. She immediately gave me her canteen of water and told me to pat him with it as she went to get medical support.

As I nervously tried to aid the man, a group of police approached me and asked for my ID. The woman on the bike had not returned, and the cops were now treating me like a suspect. “What are you doing to him?” one of the officers asked. “What’s in that container?” another asked. “Please stand up and face forward.”

This was the third time in two years that I had been stopped and frisked downtown in a city where I don’t have a criminal record. After I was patted down, the paramedics finally arrived with the woman on the bike, who looked stunned. “What are you guys doing to him? He’s trying to save someone’s fucking life,” she spat at the police while the paramedics lifted the homeless man, who was now completely unconscious, onto a stretcher.

The police tried to apologize for the confusion, but I was already headed away, scared and humiliated. What if the woman had never come back with the paramedics? What if the officers’ suspicions hadn’t been debunked before I was taken into custody? Was it worth staying with that helpless man after all? All of these questions ran through my mind as I was reminded that even being a Good Samaritan while Black comes with consequences.

This traumatic experience is the first thing I recalled last week when U.S. surgeon general Jerome Adams issued an advisory recommending that more Americans carry the opioid overdose-reversing drug naloxone. The fast-acting drug, known more commonly by its brand names Narcan and Evzio, can rapidly restore normal breathing in someone overdosing on opioids such as heroin and prescription pain medications.

“For … family and friends of people who have an opioid use disorder, and community members who come into contact with people at risk for opioid overdose, knowing how to use naloxone and keeping it within reach can save a life,” Adams said. As much as I would love to serve as a lifesaver in this kind of serious situation, racial bias in the criminal justice system could too easily make this act of service dangerous to me as a Black man.

I cannot imagine being seen in certain parts of the city administering a drug to someone in broad daylight. The context of Black men, drugs, and urban decay is a recipe for negative stereotyping with real-world effects. While white people can be perceived without question as goodwill ambassadors in opioid-ravaged areas like Kensington, Black and brown people in the same area face being pegged as drug dealers and addicts. We know this because we know the racial disparities in stop-and-frisk rates in our city — 70 percent of such encounters occur in Black neighborhoods. We also can’t ignore the historical and ongoing racial disparity in drug-related arrests in our city, and the accompanying rise in mass incarceration of Black and brown people.

At a time when unarmed Black men are being killed by police for holding a cell phone, a bag of Skittles, and a toy, giving a dose of naloxone to someone in distress isn’t feasible for me. In a world where I’m already being racially profiled as a threat to society, I would voluntarily be risking my life to save another one under circumstances that may or may not be understood properly in the heat of the moment.

Until Black and brown people are viewed as humanely as everyone else, I can’t afford to put my life on the line for a cause that ignores our circumstances. There’s nuance in who we determine is worth saving, and who also gets to do the saving. In this case, self-preservation is unfortunately my only option.