Longtime city employee Charlie Brennan is suing Mayor Kenney and other city officials for discrimination, claiming he was retaliated against for complaining about racial hiring practices and other issues inside City Hall. 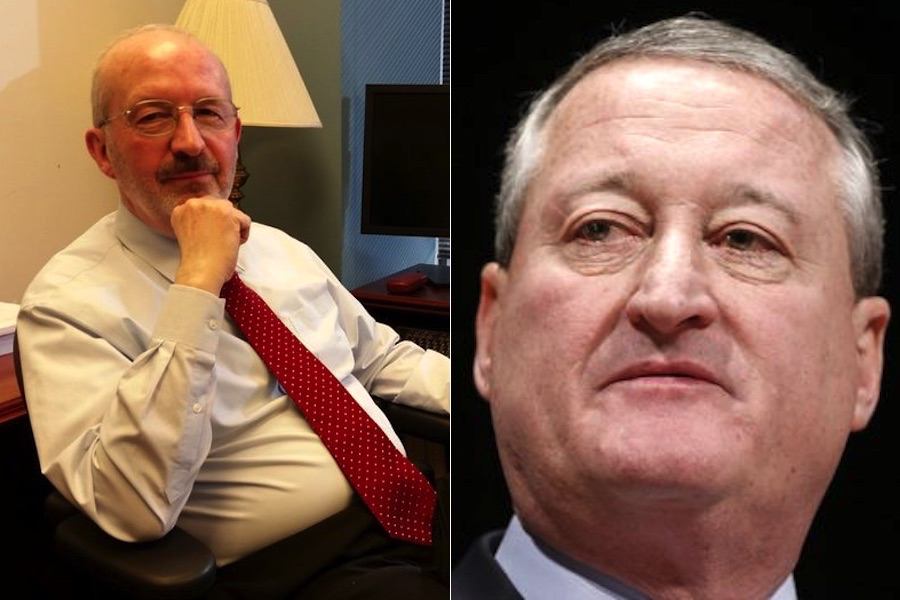 This story has been updated with a statement from the Mayor’s Office.

Less than three months after he was ousted from his position as chief information officer for the City of Philadelphia, Charlie Brennan is now suing Mayor Jim Kenney and other boldfaced names at City Hall, claiming that he was fired because he objected to what the suit calls the city’s “unlawful racial practices and hiring” and because of his “whistleblowing objections as to expenditures and contracting.”

Brennan, a 67-year-old Andorra resident, was named CIO in January 2016, ten years after he retired from the Philadelphia Police Department, where he served as deputy police commissioner and oversaw many of the department’s technological advances over the years.

In the lawsuit, filed in federal court in Philadelphia, Brennan says that soon after stepping into the CIO role, he became alarmed by what he saw as illegal hiring and firing practices on the part of the city. He knew that Kenney wanted a much more diverse city government — a cause that Brennan says he fully supported — but says that he “could have never anticipated the types of (unlawful) racial-hiring, retention preferences and pressures that would exist during his tenure,” as the lawsuit puts it.

“Kenney … wanted to appease his voter base, ensure re-election, and gather support from minorities by immediately transitioning the government workforce to a large percentage of African Americans,” alleges the suit.

Brennan claims that Atkinson met with him frequently to address the diversity of his department. Specifically, he says that Atkinson said that the IT department was “too white,” that his “white numbers were moving in the wrong direction,” and that there were “too many Asians.” He claims that Atkinson told him to “hire African American (and Hispanic) individuals,” even if they weren’t as qualified as other candidates. But Brennan says he objected to that approach, telling Atkinson that he wanted to hire based on skills, not on race or ethnicity.

Brennan also says that he complained about the way that the city was handing out contracts and spending taxpayer money. The suit mentions the city’s body camera program for police and the city’s interactions with Comcast as two examples.

Brennan claims that the city made a bad deal and spent way too much money on the body camera contract, which had never been put out for public bids. He says he tried — and failed — to get the city to pull out of the deal and alleges that he was met with “tremendous animosity” on the part of the city due to his objections.

As for Comcast, Brennan says that Derenick-Lopez told him to “take it easy” on the company after it failed to meet deadlines for repair work that it had agreed to make around Philadelphia as part of its franchise agreement with the city. Brennan claims that the city was cutting Comcast slack over “optics” that the city had become anti-business, a position that Comcast’s David L. Cohen was pushing in 2017. Brennan says that he complained to the city about the way that it was dealing with Comcast.

On January 12th, the suit states, Brennan was called to a meeting with Slusser and Derenick-Lopez, where he was told that he was being fired. According to the suit, he wasn’t given any reason. But Brennan says that it’s pretty clear to him that he was fired in retaliation for his complaints.

“We can tell you that this Mayor and this Administration are extremely proud of our commitment to improving the diversity of the City’s workforce so that it is representative of Philadelphia as a whole, and to improving overall workplace climate. As the Mayor has said repeatedly — both as a candidate and since taking office — this is a priority not only because it is the right thing to do, but because studies shows that more diverse workplaces perform better. And that benefits all of Philadelphia.

“Separately, this Administration is extremely judicious and cost-conscious when procuring goods and services with taxpayer dollars from outside vendors and closely adheres to all applicable laws and the terms of the City’s contracts.

“While we cannot comment specifically on the allegations in pending litigation, we are confident that all actions taken by the City were lawful. We also note that issues concerning Mr. Brennan’s leadership while Chief Innovation Officer have been reported publicly. We will aggressively defend our record on these matters as this litigation moves forward.”