PHOTOS: The 10 Best Signs From Philly’s March for Our Lives

Including a quote from Ron Swanson. 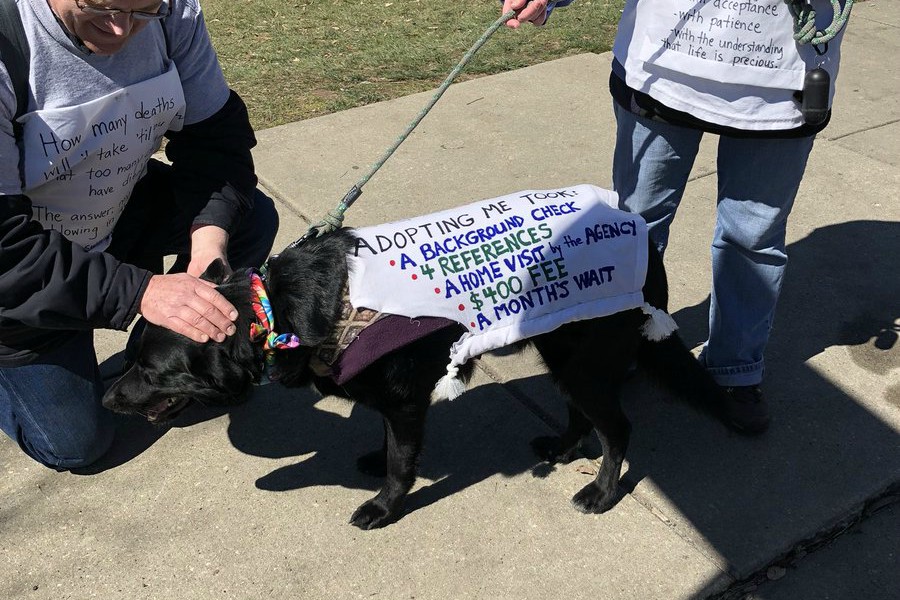 Thousands gathered in Old City on Saturday — as many more organized around the nation — for the March for Our Lives against gun violence.

The event was held five weeks after the shooting at Marjory Stoneman Douglas High School in Parkland, Fla., where 17 people were killed. Demonstrators, including survivors of the Parkland shooting, used the march to push for tougher gun laws.

We present the 10 best signs from the Philly event:

1. “I can’t even bring peanut butter to school.”

My favorite sign of all. From Philadelphia. #MarchForOurLives pic.twitter.com/XRBbPNdYDl

Hey @realDonaldTrump and ALL OTHER @NRA puppets, if this doesn’t move you to implements STRONG[er] gun laws— then youse have no hearts #MarchForOurLives pic.twitter.com/soJnDHx9Jf

Hunters for Gun Control at the #marchforourlives #Philadelphia pic.twitter.com/I2kMUeFDqc

5. “The number of bullet holes in this poster are the number that can be shot in the time in takes to read it.”

The Eagles beat the Patriots
We can beat the NRA pic.twitter.com/mtKzSmFyqX

I was lucky enough to witness the incredibly moving #MarchForOurLives in Philadelphia today. Here are some of my favourite signs. pic.twitter.com/Fxju4sGfze

Very inspiring to hear all the young speakers at today's #marchforourlives rally in #philadelphia. We must make it our goal to pressure our senators and representatives to pass common sense gun laws. America, you are a first world country. It's time to start acting like one. pic.twitter.com/NK4TuS4CyN

So proud to have been a part of the march in Philadelphia! #MarchForOurLives pic.twitter.com/nU5nd37xwH