It’s hell for politicians, but great for voters. Here’s why. 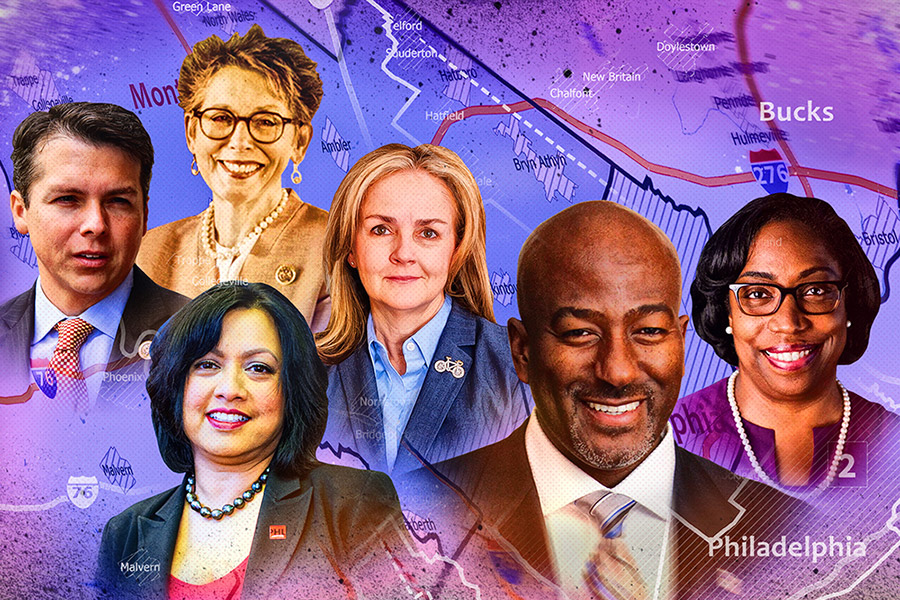 After some high-stakes, white-knuckle legal wrangling, Pennsylvania has a brand-new Congressional map. The short version: The state’s Supreme Court ruled that the old map was an unconstitutional gerrymander and — when Harrisburg couldn’t produce a better one — went ahead and drew its own. And the U.S. Supreme Court declined to intervene. Twice. Now, with the May primaries fast approaching, everyone’s scrambling to make sense of a drastically new normal.

This is, to be blunt, a monumental shake-up. It has scrambled strategies locally and is guaranteed to put the state in the national spotlight as the 2018 midterms unfold.

In the big picture, the new map is expected to give Pennsylvania Democrats — who previously held just five of the state’s 18 U.S. House seats — a real chance to win three more, and possibly six, all in a year when Democrats are hell-bent on retaking Congress. More granularly, a whole slew of candidates who’d planned to run in one district suddenly found themselves living in another, tore up their plans, and started over. Candidates who were running for the seat of retiring Congressman Bob Brady, for instance, are now either running against incumbents in different districts (Kevin Johnson in the Third against Dwight Evans, Michele Lawrence in the Second against Brendan Boyle) or in new races altogether (Nina Ahmad, who’s now vying for lieutenant governor).

“We’ve had, what, 70 people decide to run for 18 seats?” marvels Terry Madonna, director of the Center for Politics and Public Affairs at Franklin & Marshall College. Now that number’s even higher, topping 100 officially declared candidates.

It’s hard to argue with the groundswell of civic moxie, but can this much chaos, so close to the primaries, possibly be good? Depends on whom you ask.

“The confusion is not for the electorate at large; it’s for the candidates who are running,” says Larry Ceisler, a communications strategist who was an expert witness in 2000, the last time the state’s districts ended up in court. “The old map was so confusing, I think most Pennsylvanians didn’t even know who represented them in Congress anyway.”

Take Montgomery County, the state’s third largest, which had seen its influence in Washington hopelessly diluted. “The county had been carved between five different districts, and none of those representatives lived in the Montgomery County portion of their district,” says Valerie Arkoosh, the Democrat who chairs the county board of commissioners.

Under the new map, most Montco residents will live in the same district (the new Fourth). Delaware and Chester counties’ power is consolidated in the Fifth and Sixth, respectively. And thanks to the timely retirements of Brady and Pat Meehan, the Delco and Montco districts are basically the Wild West. Both have seen a stampede of just-declared candidates, including heavy hitters Madeleine Dean and Mary Jo Daley in Montco; as of press time, there were no fewer than 18 different candidates in Delco. Both districts are expected to be won by Democrats. That’s good news for Arkoosh, less so for Republican John McBlain, chair of the Delaware County Council. But both stress finding common ground regardless of their new reps’ allegiances. “There are plenty of problems and issues we could work together on,” McBlain offers diplomatically, citing the opioid crisis and renewable energy.

What everyone seems to agree on is that the old map was problematic. Even Republican McBlain: “The shape of the map from 2011 was a mess.”

“I would have given the legislature eight weeks” instead of three, says Madonna, who thinks the primaries should have been pushed back.

But the primaries will go on. Expect the state to become ground zero in the 2018 midterms. With a big chunk of the seats Democrats need to win back the House now in play here, the next few weeks will feel like October 2016 all over again.