Somebody Painted a Swastika on This Northern Liberties House 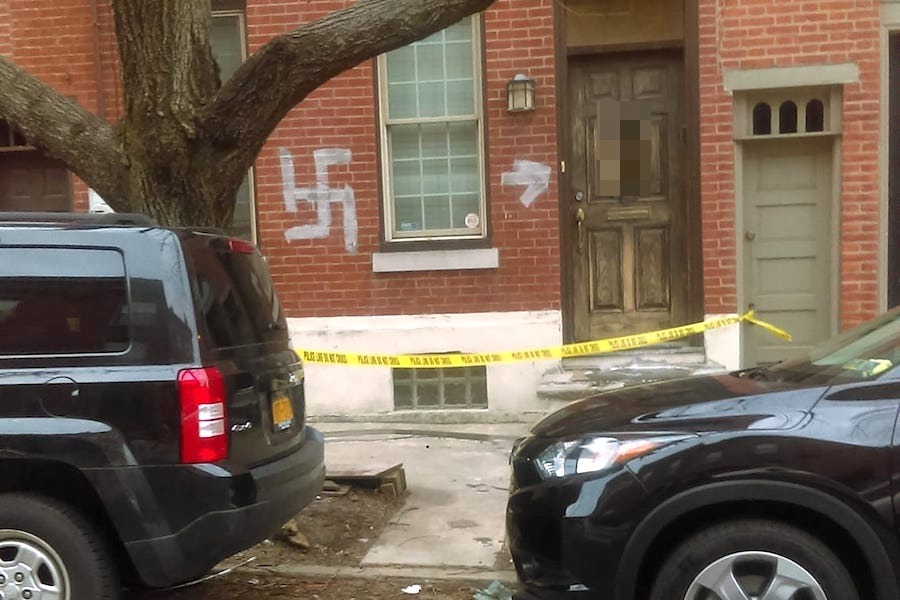 A resident captured this photo of the swastika in Northern Liberties on Tuesday morning. We have blurred the house number on the door.

The Philadelphia Police Department is investigating after a resident called to report that a swastika had been painted on the front of the Northern Liberties home where he lives.

The swastika was discovered on the 900 block of North 4th Street on Tuesday morning. Also painted on the front of the house, though not seen in the photo: “FU.” And there appears to be an arrow pointing toward the door.

A woman who lives across the street snapped the above photo of the swastika and posted it on a Northern Liberties community Facebook page along with the comment, “This neighborhood is really going to s**t.”

That post was removed, so she posted it on a different Northern Liberties group, commenting, “I’m sure this one will also be removed and I will most likely be kicked out soon … please don’t turn a blind eye to this …”

Investigators from East Detectives were on the scene on Tuesday morning. It was unclear if the act of vandalism was caught on surveillance video.

Anyone with information can call East Detectives at 215-686-3260 or the Philadelphia Police Department’s confidential tip line at 215-686-TIPS.

A representative of the Northern Liberties Neighbors Association was not immediately available for comment, and the owner of the home — an apartment house — could not be reached.