Here’s Why We Didn’t Walk Out of School Yesterday

A brother and sister from suburban Philadelphia explain why the national school walkout wasn’t for them. 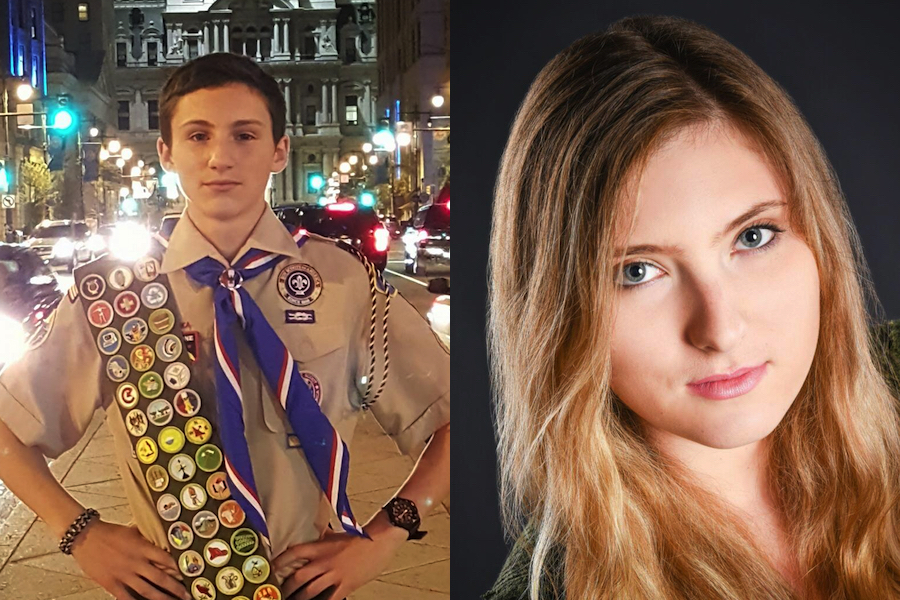 On Wednesday morning, many thousands of students in the Philadelphia area left their classrooms and marched outside as part of a national school walkout organized after the recent school shooting in Parkland, Fla. At Garnet Valley High School in Glen Mills, for example, students formed a giant heart in the middle of the school’s football stadium. But not all of the students at Garnet Valley High School joined the walkout.

Siblings Clayton and Emma Bromley say they were part of a small group of students who opted out of Wednesday’s walkout at the school, which was featured on the national news.

“What happened in Florida is terrible,” says Clayton, a 16-year-old Garnet Valley sophomore and a highly decorated Eagle Scout. “If this were about that, I would have participated, but that’s not what this is about. This was entirely political. In the original email from the school, it said this was being planned by the Women’s March, which protested Trump’s inauguration. I realized this was political and all about gun control.”

Clayton says that his peers who marched claimed that the event was nonpolitical — and that was certainly the party line being held by the national organizers — but Clayton rejects that idea.

“Just because they say it’s nonpolitical doesn’t mean it is,” he says. “What if Trump says he wanted to host a walkout in honor of all the babies aborted, the millions of them? A completely optional walkout. You wouldn’t be forced to do it. The reaction to that would be completely different than to this walkout.”

Clayton also wonders why the country is busy organizing national school walkouts over school shootings when there are so many other deadly problems facing children.

“There were 17 people killed,” he says of the Parkland shooting. “And 232 since Columbine. 232. That’s horrible. But how many hundreds of thousands of kids have died from other things like suicide and drunk driving? Why are these 17 kids more important than everyone else? And the answer is, they are only important because guns are involved. As soon as guns are involved, people take action.”

As part of the Garnet Valley walkout, most of the students had agreed to wear white to school, but Clayton decided to wear red, white, and blue. He says that early in the day, somebody asked him why he wasn’t wearing white and got angry with him when he explained he wasn’t taking part.

“They started yelling at me,” he says. “They singled me out. They made me look like a bad person. That’s exactly what the Women’s March wants. They bullied me.”

It is precisely this potential for bullying that had Clayton’s sister, Emma, worried in the days leading up to the walkout. (The siblings’ parents, both attorneys, sat in on and consented to the interviews with Philadelphia magazine; their father, Wendell Craig Williams, is a former Republican congressional candidate who was defeated by Joe Sestak in 2008.)

Emma, a 17-year-old senior who is starting Vanderbilt in the fall, was so concerned about what might happen to her on Wednesday if word got out that she wasn’t walking out with everybody else that she made arrangements with a likeminded teacher to quietly slip away unnoticed.

“I would have been immediately ostracized,” says Emma, who, like her brother, declined to participate in the walkout because of the political rhetoric surrounding the event. “They were marketing this as an event for the kids at Parkland, but it was political, and social pressure made it seem that if we didn’t participate, we’d be deemed heartless people, that we didn’t care. So we could joing and support anti-gun regulations, or sit out and be heartless. It was an unfair decision given to us to make.”

When the time came and all of her classmates stood up and walked out of the room, she did the same, but then made her way into a different wing of the school, while her brother remained in math class with his teacher and one other student. “I sought shelter with a teacher, so I was able to avoid attention.”

At first, Emma declined to speak on the record about the walkout, fearing reprisals for her noncompliance.

“But it’s my responsibility to inform people that just because I don’t participate in the walkout doesn’t mean I’m a horrible person,” she says of her change of heart. “I thought about my opinions and why I decided not to walk out, and I’ll stick by and be proud of it. Anybody who doesn’t support my decision is not a true friend. Their opinions don’t matter.”

But Emma and her brother don’t agree on everything. Clayton says he believes that had a teacher been trained properly and armed in Parkland, fewer kids might have died. We asked Emma what she thought of putting a gun in a teacher’s hand.

“That’s a bad idea,” she insists. “I’m familiar with firearms. I have experience with them. But there are a lot of people who are not well-educated about firearms, and it can be extremely dangerous to have guns accessible to them, like with kids in a classroom. And some teachers aren’t entirely sane, either. I’ve met plenty of teachers who shouldn’t be armed. Ever.”