The rapper’s mom begged DA Larry Krasner to free her incarcerated son at a star-studded event on Tuesday evening. 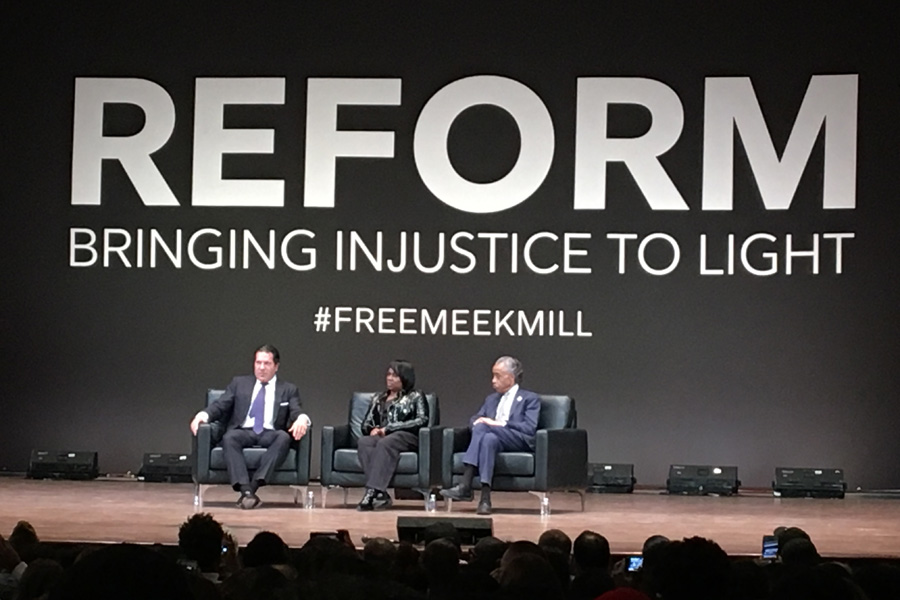 Meek Mill’s attorney Joe Tacopina certainly isn’t shy when it comes to expressing his feelings about his famous client’s sentencing judge, Genece Brinkley. At a forum held on Tuesday evening at Penn’s Irvine Auditorium, Tacopina blasted the Common Pleas court judge for displaying a personal level of involvement in Meek’s case that he painted as both “unprofessional and uncalled for.”

Standing by claims that Brinkley made numerous personal requests to the defense team regarding his client’s rap career, Tacopina asserted that the judge clearly has a vested interest in the outcome of his case, which he added was one of the most “perversely unique” that he’d ever encountered in his career. Brinkley has hired her own lawyer (criminal attorney Chuck Peruto) and threatened to sue over the statements made by Tacopina, but the New York-based litigator refused to back down.

“It’s been injustice since day one,” Tacopina said at the star-studded event, which was organized in partnership with Roc Nation, Meek’s record label, and the American Civil Liberties Union, along with other organizations focusing on criminal justice reform. “If she wants to sue, we’re right here. I’ll take the papers tonight.”

Meek’s trouble with the law began back when he was 18 years old. The North Philly native has been on probation ever since his initial arrest, which is now being called into question given the reputation of the officer who put him away. Meek did some time between 2008 and 2009 in connection with drug dealing and firearm charges, crimes in which he has continued to admit his own guilt. Continued parole violations have landed him back in prison as the country debates whether or not Brinkley’s punishment for the 30-year-old’s latest transgressions are warranted. 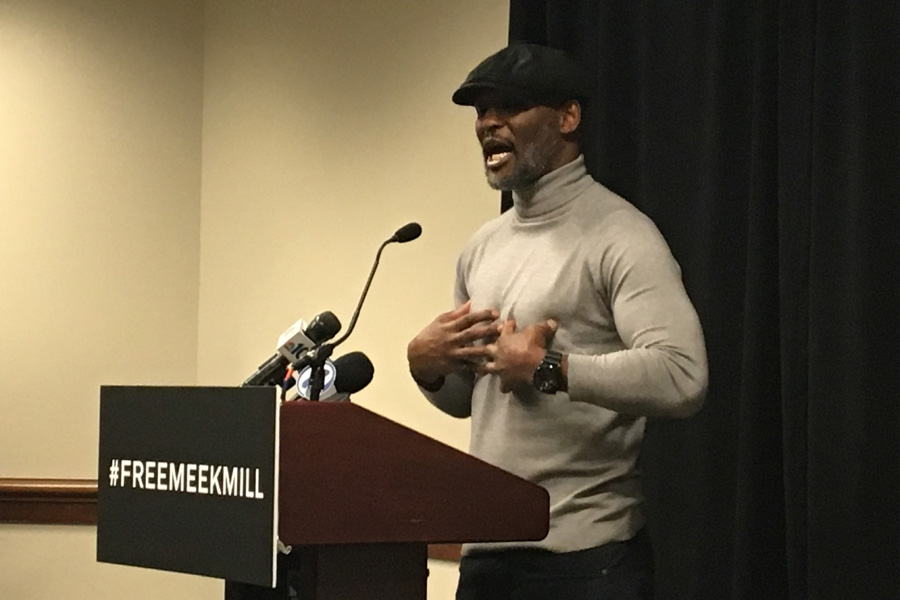 Also in attendance was Rev. Al Sharpton, who likewise ripped into Brinkley. Sharpton said that Brinkley should know that anybody whom she believes respects her within the black community actually does not due to her actions in Meek’s case. He also pretty much called her a shill for the right by “aiding and abetting” Trumpian views of the criminal justice system.

“We did not march, and go to jail, and suffer, for our people to get on the bench and look down their nose and forget how they got there,” Sharpton emphatically stated to rousing applause.

Flanked by Tacopina and Sharpton was Kathy Williams, Meek’s mother, whose tearful pleas for DA Larry Krasner’s help stuck with the more than 1,000 people who showed up to the forum in support. Even Meek himself called into the event from SCI Chester, saying on speakerphone that he hopes to become a “light” for Philadelphia once free.

“I think the biggest thing is obviously Meek being the person that he is and being in the spotlight draws a lot of attention to the issues that we have with our criminal justice system,” Eagles safety Malcolm Jenkins told reporters. “He’s one of millions who deal with this type of treatment around the country. When you even look at his case, he was sentenced two years for popping a wheelie? It’s an example of just how ridiculous sometimes our system can be and how we’re wasting resources, talent, money and locking people up for things that don’t make our communities safer.” 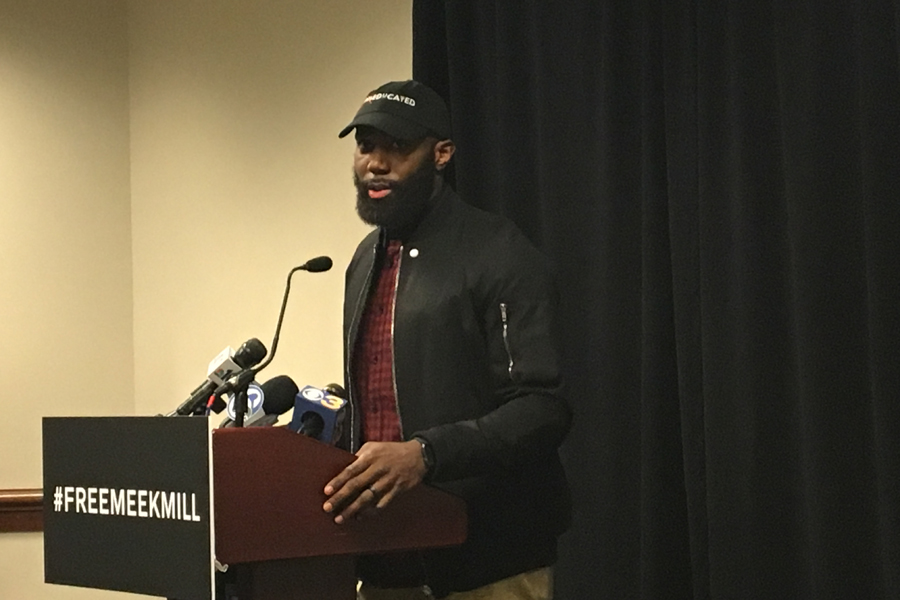 When asked of the goal for the evening, Tacopina said that in addition to securing Meek’s freedom, he hopes it’s a catalyst for change to help those in similar situations as his client who may not have the same voice or wherewithal.

“Obviously a system that allows what happened to Meek to exist, clearly is a system that allows this to happen to other people – especially the helpless and the voiceless,” the attorney stated. “Tonight isn’t just about Meek by any long stretch. It’s about reforming the system.”