The university will need the City Council president’s approval to built the facility. 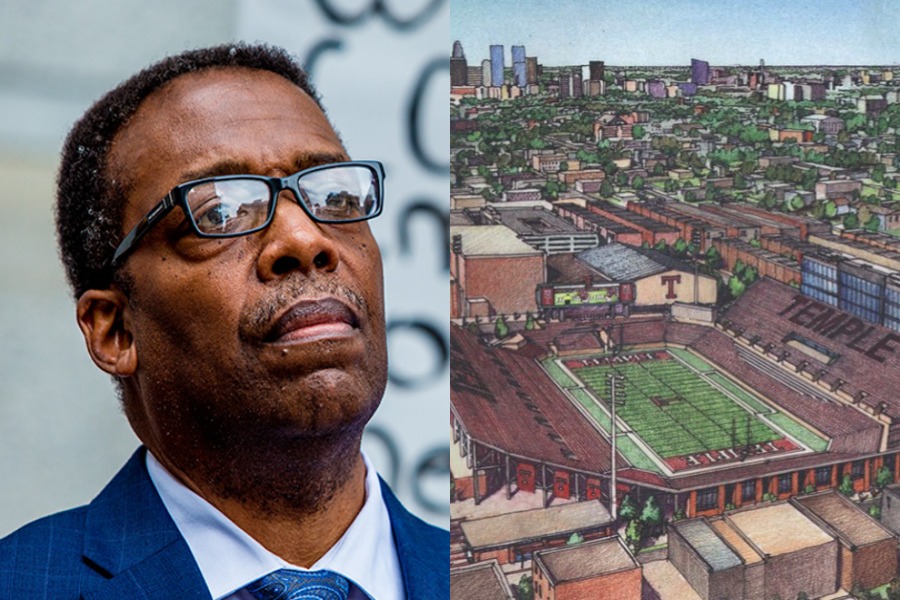 Temple University has yet to woo City Council President Darrell Clarke in its plans for an on-campus football stadium.

the Temple News reported on Tuesday that Clarke is currently opposed to the proposal for a 35,000-seat, $130 million stadium. The Council president oversees the 5th District, where the facility would be built. The university would need his approval to build the stadium, which remains a strong point of contention for Temple’s neighbors.

Clarke’s communications director Jane Roh said in a recent statement to the Temple News that Clarke would reconsider the proposal if the university were able to smooth relations with the community but that it “really seems unlikely that they will, at this point.”

Roh also said that the university “missed a great opportunity to repair its relationship with residents” while preparing its proposal for the stadium, which the school has been mulling since 2013.

University administrators are currently seeking approval for the stadium from the City Planning Commission. They say it would be part of a multipurpose facility that would also house classrooms, research spaces, and a retail complex. Per the current proposal, the stadium would be built in a northwest section of campus, bound by Broad Street to the east, Norris Street to the north, 16th Street to the west, and Pearson-McGonigle halls and the Aramark Student Training and Recreation Complex, just north of Montgomery Avenue, to the south. The plans would require 15th Street to close at Norris Street for half a block.

The Stadium Stompers, the NAACP, the Black Clergy of Philadelphia and other community members who are opposed to the facility worry that it would lead to increased rent and home prices, which could indirectly push low-wealth residents out of the neighborhood. They also fear that it would bring noise, trash and traffic issues.

Temple has repeatedly said that it values residents’ opinions but has pushed forward with the plans nonetheless.

“Our goal is to work with residents to understand how we can ensure there is value to all,” Englert said after the town hall last week.

Administrators say funding for the stadium would come from private donations as well as bonds and expenses that go toward the university’s lease at the Linc, where the school’s football team currently plays.