They were judged to have the most, um, a-peeling campus tradition. 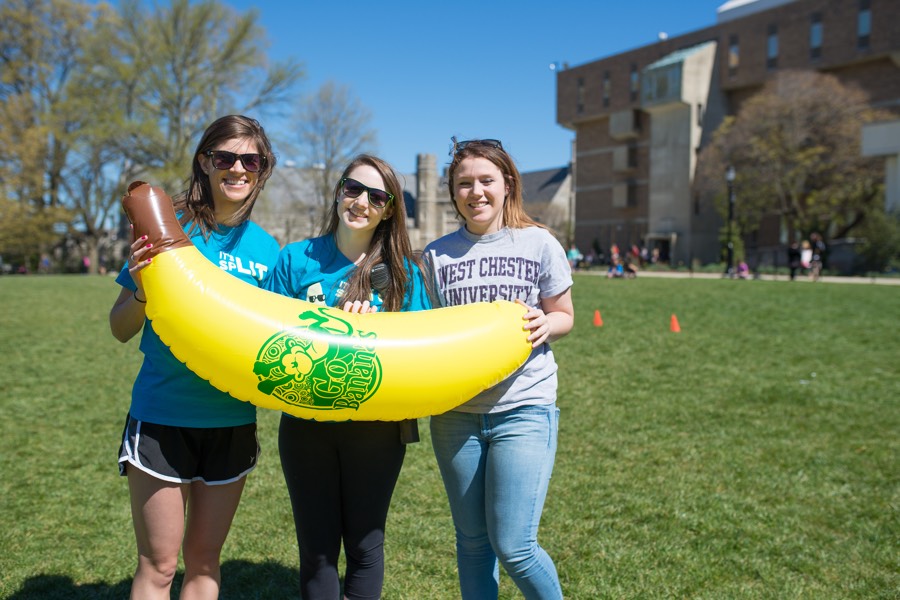 Ah, college days! Remember the smell of the dorm rooms, the crackling marijuana buds, the beer-sticky floors? All colleges have traditions, and as it happens, an organization known as the National Association for College Activities, or NACA, runs an annual contest to declare one campus ritual the best in all the land. This year, the grand winner in the 5,000-students-or-more category was our very own West Chester University, which grabbed the prize by virtue of its Banana Day. Instituted in 1996 by a proud alumnus who doled out (duh) bananas, Banana Day celebrates school spirit and potassium via a fun-filled array of fruity games and activities in which students vie to win one of the highly coveted banana shirts (more than 1,500 of them this year!) that serve as prizes.

Our heartiest congratulations to the Golden Rams on their victory. It seems a bit churlish to point out that their co-finalists in the competition were Western Michigan University’s Paddle Battle, a time-honored tradition dating all the way back to 2016 in which as many as 65 (65!) students hold a sort of tug-of-war while riding on rafts in the campus pool, and the thrilling-sounding “Banquet of Diversity” at the University of Albany, a just-hatched gala fete at which, within a balloon-festooned Campus Center Ballroom, student orgs emphasize the importance of inclusion through song and dance. It is, however, difficult not to conclude that college really isn’t as much fun as it used to be.