City Council on Kenney’s Budget Proposal: We’ll Get Back to You

Helen Gym likes it, Cindy Bass is skeptical — and the rest are “looking forward to discussing it.” 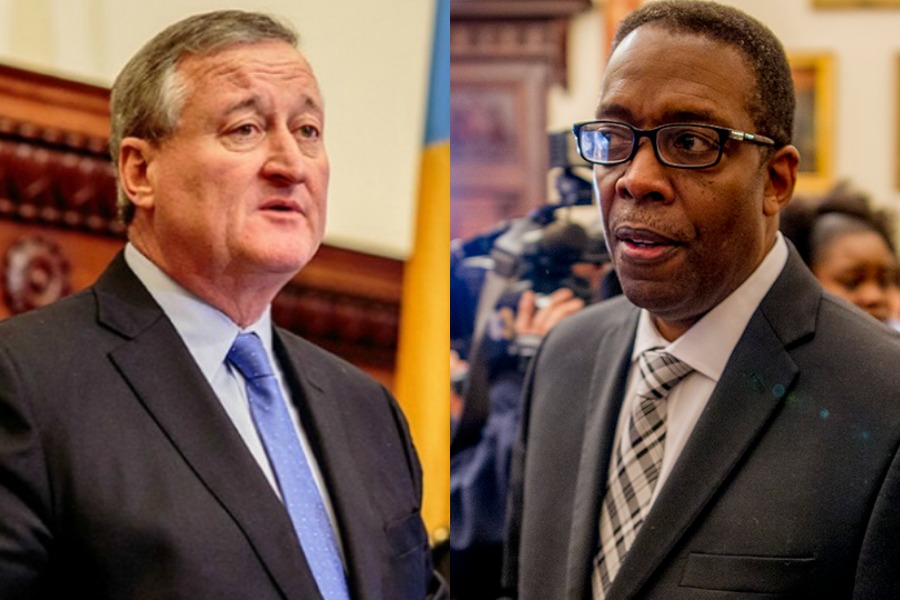 The main sticking point will likely be a tax package to help fund the School District of Philadelphia. The proposal includes property and real estate transfer tax increases, as well as a push to slow the planned reduction in the wage tax rate. Among other suggestions, Kenney’s plan also includes:

City Council members must pass a budget by July. Here’s how they’re reacting to Kenney’s proposal.

Mayor Kenney’s proposed budget is a crucial investment in our public schools. My full statement on what this budget means for #PHLed and the gaps we still have left: pic.twitter.com/zVLa5pDERL

Bold leadership from @PhillyMayor. @Darrell_Clarke and @phlcouncil have stepped up for our #PHLed kids time and again. Philadelphians are paying their fair share, but our state is not. https://t.co/r1hUzhpHjE

Today, @PhillyMayor delivered his budget address to Council. In his speech, he called for new investments to support our schools, improve Philadelphia's transportation network and equip our first responders with the resources they need #PHLbudget

The proposed #PHLbudget also aims to increase the size of the police force to over 6,500 sworn officers. It is important to make investments that help @PhillyPolice and @PhillyFireDept better respond to emergencies with improved facilities and equipment. #PHLbudget

As the mayor just announced, we're looking forward to an expansion and rehab of the facilities for @PPD15Dist. #PHLBudget

“I commend the Mayor and his budget team for developing a ‘shared sacrifice’ budget plan that protects homeowners in both middle neighborhoods and lower-income neighborhoods from property tax increases, and that makes much needed investments in public safety and other areas that will improve the quality of life for residents, like commercial corridors, road repair, and tree removal. I am also pleased that we are moving in the direction of putting the School District of Philadelphia on the path to financial self-sufficiency. Our children are more than worth the investment. Ultimately, I look forward to working with my Council colleagues as we meticulously comb through this budget process one line item at a time.”

“In my 10 years on Council, we have never given a Mayor everything that he asked for, but City Council has been thoughtful in considering revenue streams, responsible to our residents, and committed to investing in our schools and young people. Local control of our schools comes at a price: funding predictability is important for the School District to manage a responsible long-term plan, but how we mortgage our future requires the full vetting that our budget process is designed to produce. Residents alone cannot shoulder the burden, and I will work throughout this budget season to make sure that we have an equitable revenue package.”

“This year in Philadelphia we’ve made huge strides in our school system. We abolished the School Reform Commission and restored local control over the School District of Philadelphia. Still, the District faces a nearly $1 billion deficit by the year 2023. I support taking steps to help fund the District and to avoid a costly deficit that would ravage the necessary resources our students and teachers need to flourish.

Because of this, my office will be working with other stakeholders to explore additional revenue sources to help fund our schools. I plan to meet with city officials and release details about alternative funding sources shortly.

I commend Mayor Jim Kenney for his dedication to funding our School District, along with his pledge to help support our first responders, help combat the opioid crisis, and improve the safety of our streets. However, right now I cannot support raising property taxes as a viable policy prescription to closing the School District of Philadelphia deficit. In the poorest big city in the country, the notion of placing yet another tax burden on our homeowners is not the answer. Many of these residents cannot even afford to make the necessary repairs to their homes, much less take on additional property tax increases.

I also cannot in good conscience support a property tax increase on our most vulnerable citizens while a 10-year tax abatement that largely benefits more affluent residents still exists. We have to think about who we are asking to help shoulder the City’s responsibility to its children. The legislative process allows for productive debate of any proposal brought before City Council, and I look forward to an in-depth discussion of all the available options.”