Apparently Mayor Kenney knows a good bet when he sees one. 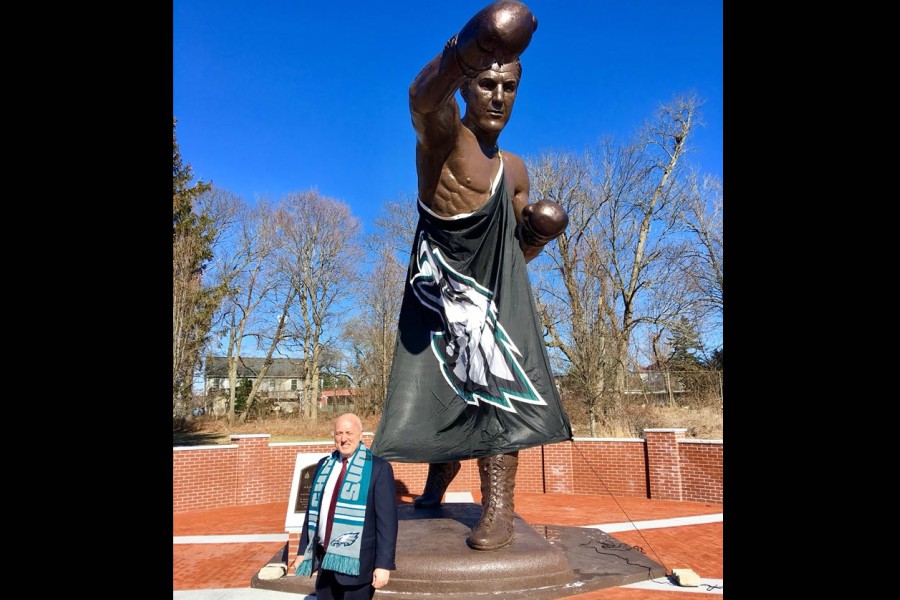 Remember when Mayor Jim Kenney refused to make a bet with the mayor of Minneapolis before the NFC championship game? And when he said there was “absolutely no way” he was going to put an Eagles jersey on our Billy Penn statue?

You might recall, then, the bet he made with Brockton, Massachusetts, mayor Bill Carpenter in January, which called for the losing team’s town to place the winning team’s garb on its Rocky statue. (Brockton has a statue of boxer Rocky Marciano.)

Apparently Philly’s most superstitious Eagles fan knows a good bet when he sees one, because Brockton’s Rocky is now draped in a massive Eagles flag. (And might we say he looks better than ever?)

A bet’s a bet. Today, I am honoring my wager with @PhillyMayor by dressing up Brockton’s Rocky in @Eagles attire. Although painful, it’s been great to bring some positive exposure to our statue, Rocky’s legacy, and our City @NBC10Boston @GregHillWAAF @7News @WCVB @BostonMagazine pic.twitter.com/flbzJxEvcN

Of course, it took Brockton three weeks to follow through on the bet. (Maybe they wanted to wait until some of the pain subsided?)

Either way, Kenney was pleased.

Appreciate your sportsmanship, Mayor! Great to meet you last month — and #FlyEaglesFly! https://t.co/nUe82yZuoF

Here’s a video of Carpenter covering Brockton’s Rocky in Eagles garb, courtesy of The Enterprise newspaper.