The school wants to move forward with a $130 million, 30,000-seat facility despite some notable opposition. 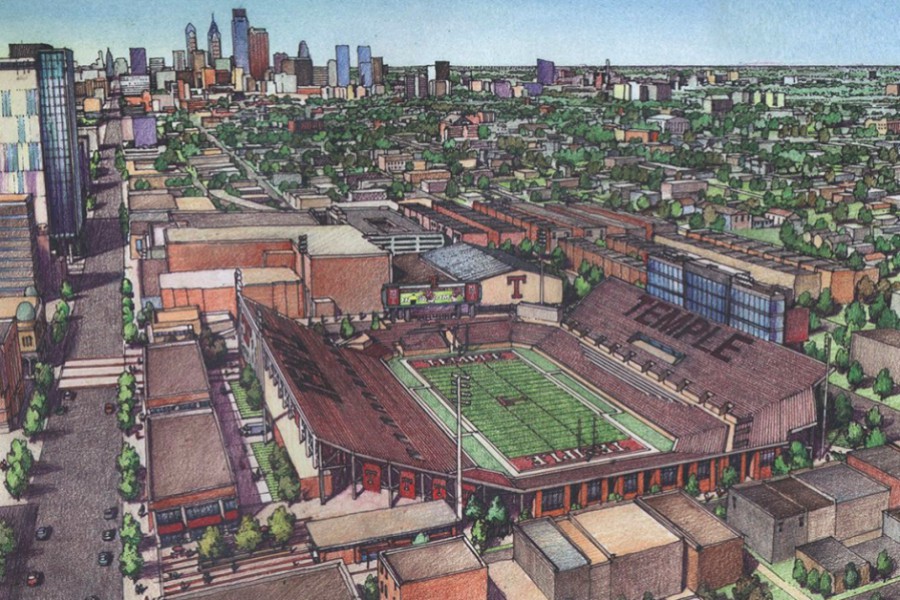 Temple University will hold an informational town hall next week to discuss its proposed football stadium.

University president Richard M. Englert will host the event on Tuesday, March 6th. It will be open to members of the community, students, faculty, and alumni. The discussion will start at 6:30 p.m. at Mitten Hall, located at 1913 North Broad Street.

The town hall comes roughly two months after the school announced that it would move forward with plans for the $130 million, 30,000-seat stadium as part of a multipurpose facility on campus, despite notable opposition from some students, teachers and community members.

Administrators say they are considering building the facility in a northwest section of campus, bound by Broad Street to the east, Norris Street to the north, 16th Street to the west, and Pearson-McGonigle halls and the Aramark Student Training and Recreation Complex, just north of Montgomery Avenue, to the south.

Those protesting the stadium, including a group called the “Stadium Stompers,” say it could contribute to rising home and rent prices and gentrification near campus, as well as bring parking issues, noise, trash and traffic. They’ll likely attend the town hall next week.

In a press release, the school said the discussion will be held “is in addition to ongoing conversations with community residents and leaders.”

The university, which first began exploring the idea for an on-campus stadium in 2013, is currently seeking approval from the City Planning Commission.