Two businesses in the Philly area say they ran out of products during opening week. 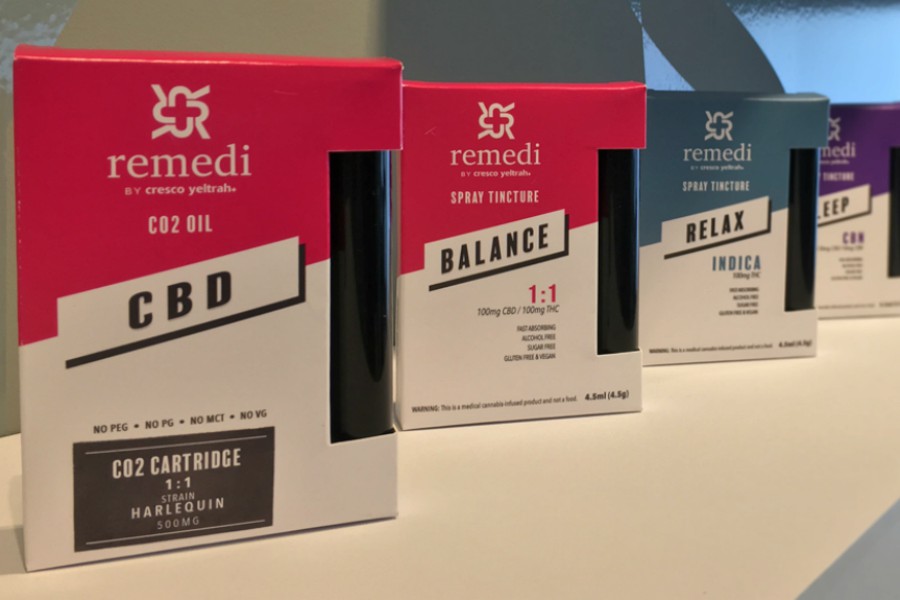 It’s been more than a week since medical marijuana products finally became available for Pennsylvania residents.

So far, six dispensaries across the state have opened their doors. Two of them are located within reasonable driving distance of Philly: Keystone Shops in Devon and Terra Vida Holistic Center in Sellersville.

For the most part, the rollout appears to be going smoothly. But the most prominent issues, perhaps as expected, include high demand (and prices) and low supply.

That’s mostly because only one out of the state’s 12 approved cannabis grower/processors – Cresco Yeltrah – has sent its products to dispensaries. As a result, according to the Inquirer, some dispensaries sold out of popular products, like CBD capsules and shatter, a potent form of marijuana known for its translucent, glass-like appearance.

All patients are required to undergo a consultation with our medical professional on site during their first visit. Our #nursepractitioners and #pharmacists are happy to answer all of your questions! #sellersville #buckscounty #pamedicalmarijuana #consultationroom #tranquility #mmj

“Without there being a general market, and when there’s one person pushing product, there’s nobody to compare that price to,” Mitchell said.

Prices will likely be in flux as the state continues to expand the program. Two growers, Terrapin and Standard Farms, will likely begin shipping their products to dispensaries sometime in March. The high prices can also be attributed to the fact that the products are paid for out-of-pocket – so far, insurance companies are hesitant to cover a drug that the federal government still considers illegal.

“I think a lot of patients are used to seeing little or no cost because a lot of other medications are insurance-covered, so it is certainly shocking to them when they have to bear the full brunt of medical costs,” Mitchell said.

Mitchell said the store sold out of nearly all of its products during opening week. He said the most popular items have been cannabis oil vape cartridges. The cartridges help patients looking to alleviate pain induced by conditions like cancer and Post Traumatic Stress Disorder.

Customers at Keystone Shops, including those who meet for a consultation with the business’s physician, typically stay in the store for 30 to 45 minutes. Most people spend between $100 and $250 on their first visit, Mitchell said.

Keystone Shops has officially made the first sale in the Southeastern region of PA! pic.twitter.com/ZwmiGvQUT4

Erica Daniels, who gives her 12-year-old son medical marijuana to treat his autism, said she thinks prices are “reasonable” considering the fact that demand is currently much higher than supply. Right now, the biggest issue she’s facing is that she has yet to find the right product for her son.

Daniels said she wants to see more medical marijuana products aimed toward the pediatric population, which she said will likely includes things like liquid tinctures over vape cartridges. But she says she expects to see more supplies over the next few months.

“I think everybody is really excited and anxious to help out,” Daniels said.

Until then, Mitchell said, the state will likely experience “a down period where patients are getting [medical marijuana] cards, and they won’t be able to fulfill their needs for a few weeks.”

More than 19,000 people have registered for the medical marijuana program in Pennsylvania, and 5,000 of them have been certified by physicians. To register for a medical marijuana card, you must be diagnosed with at least one of 17 medical conditions.