Social justice organizations GALAEI and Juntos are calling on immigration officials to release Jose "Ivan" Nuñez, a married undocumented immigrant who was taken into custody while applying for citizenship. 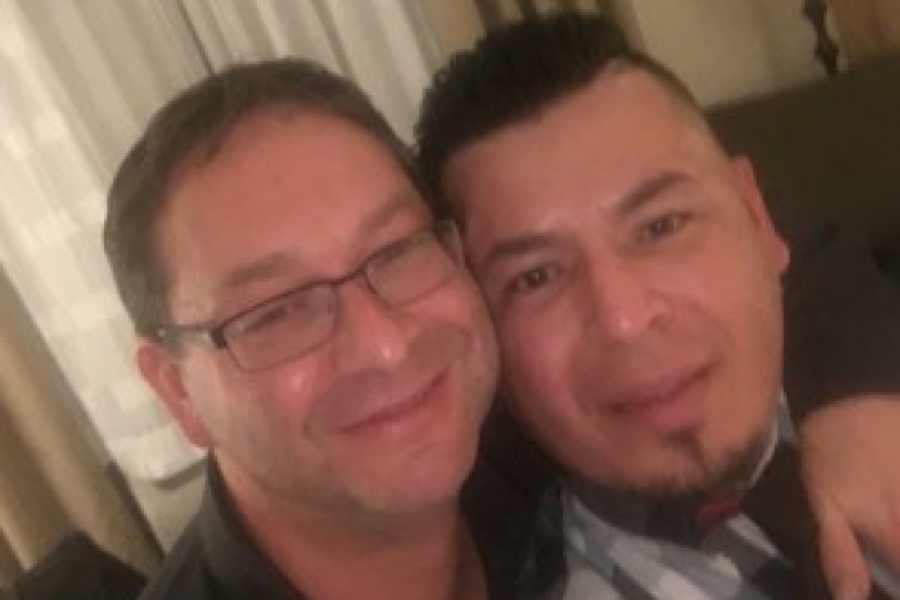 Social justice organizations GALAEI and Juntos have joined forces to protest the detainment of a married undocumented gay immigrant on January 31st in Philadelphia. A petition spearheaded by the groups, which already has more than 800 signatures, is calling for U.S. Immigration and Customs Enforcement officials to release Jose “Ivan” Nuñez, who was arrested while applying for a green card. His husband, Paul Frame, of Chester County, has rallied with family and supporters to seek justice for the man he describes as “the love of my life.”

“I was the one pushing Ivan to go through with this process,” Frame said during a press conference on Monday at the William Way LGBT Community Center. “I said, ‘Let’s become legal, then we have no worries.’”

What happened next, as previously reported, led to Nuñez being detained by ICE during a meeting with U.S. Citizenship and Immigration Services — an ICE tactic that has been used with increasing frequency during the Trump administration.

During an interview in which the couple was seeking an I-130, a petition for an undocumented relative to change immigration status, Frame claims he was asked to leave the room. It was at this moment that Nuñez was taken in custody by ICE and placed in York County Prison, where Frame has been allowed to see him only three times a week. The couple is currently being represented by Gonzalo Peralta of Audrey Allen Immigration Law, who said during the press conference that Nuñez has no criminal record, although he did have an order for removal issued against him in 2010 because of his undocumented status.

“Marriage was just was not enough for queer people, particularly for queer people of color,” said GALAEI executive director Nikki Lopez. “In this case, citizenship doesn’t matter because this [Trump] administration sees us how they see us.” “We have an administration that is making it harder and harder to live in this country as an immigrant and criminalizing people of color,” said Juntos executive director Erika Almiron. “This radical love that we’re expressing is a way we’re going to fight back.”

You can view the entire press conference via GALAEI’s official Facebook page below: