Police say two suspects are wanted for incurring roughly $4,000 in damage to the Center City arts and crafts store. 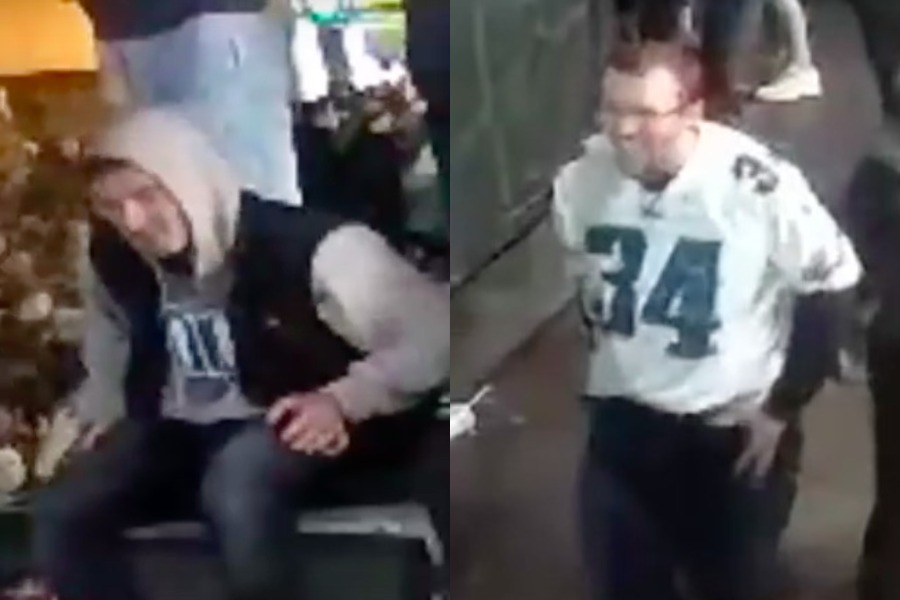 Photos via the Philadelphia Police Department

Police are searching for two men who allegedly used a pole to break the window of a Center City A.C. Moore after the Eagles won the Super Bowl on Sunday night.

The incident reportedly happened around 12:30 a.m. on Monday morning, at the arts and crafts store located at 100 South Broad Street, just south of City Hall. Damage to the property, which has since been boarded up, is estimated to be $4,000.

The first suspect is described as a white male in his late 20s with a medium building, wearing glasses, a #34 Eagles jersey with “Turner” on the back, dark-colored sweatpants and tan boots. He has a tattoo on the rear of his upper right arm. The second suspect is described as white male in his mid 20s with a medium build, wearing a black vest over a gray sweatshirt with blue and white letters, blue jeans and dark-colored shoes.