No, Philly, You Will Not Be Getting All-You-Can-Drink Bud Light on Thursday

A spokesperson for Anheuser-Busch explains. 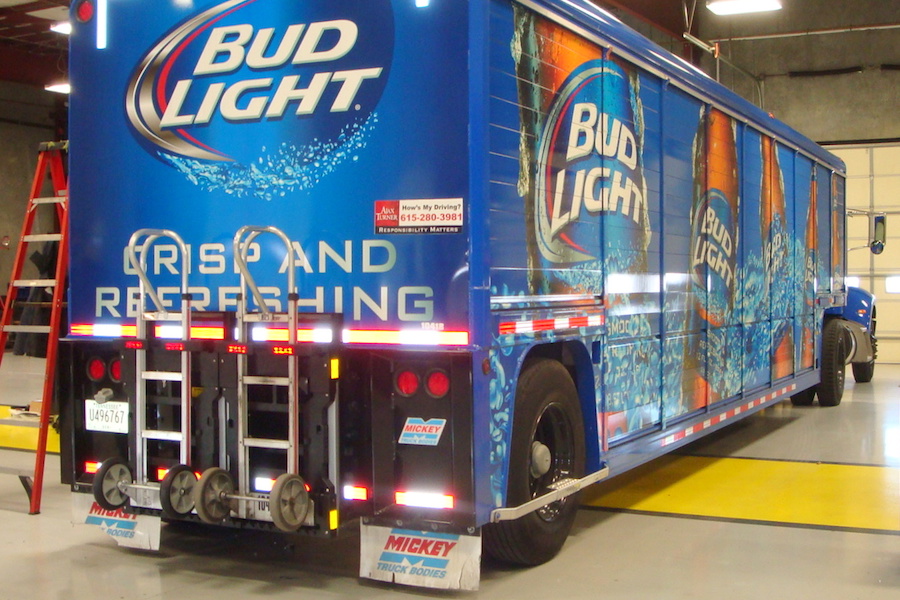 You may have heard that the streets of Philadelphia are going to be awash in free Bud Light on Thursday for the Eagles Super Bowl Parade. (Details on the Super Bowl parade route here.) But that’s not really the case.

A spokesperson for Anheuser-Busch tells Philly Mag that there will be free Bud Light for the Super Bowl parade in Philly, but not everywhere and not in unlimited supply.

The rep says that the company is giving away one free Bud Light per person 21 and up at bars along the parade route, which covers quite a bit of ground. On Monday, the city confirmed that the Super Bowl parade in Philly is currently slated to go from way down at Broad and Pattison in South Philadelphia all the way up to the Art Museum. There are a lot of bars along the way. There won’t be free Bud Light at all of them.

Earlier, we heard that there would be 25 bars along the parade route serving Bud Light, which would give you a decent selection of places. But all the Anheuser-Busch rep would confirm on Monday afternoon is that there will be free Bud Light at “multiple” bars.

It’s also not exactly clear how Budweiser is going to enforce the one-beer-per-person limit in their offer. So if you really just want to drink Bud Light all day, you could conceivably bar hop and hit each bar, which would be a sort of ridiculous way to get drunk, but, to each one’s own.

The free Bud Light will be delivered on Monday afternoon, according to the rep.

So why on earth is Budweiser giving away a ton of free Bud Light during the Super Bowl parade? Great question!

You see, last summer, Eagles player Lane Johnson made an offhand remark that if the Eagles win the Super Bowl, he’s giving free beer to everybody in Philadelphia.

Budweiser picked up on Johnson’s idea and publicly declared that if the Eagles did win the Super Bowl, the company would facilitate Johnson’s free beer party. (And in case you’re wondering, you can also thank Johnson and Budweiser for the insipid Philly Philly/Dilly Dilly thing that’s been going around.)

It’s certainly nice that Budweiser is doing this. But we can’t help but wish that Johnson was a fan of Mercedes sedans. Or trips to Hawaii. Or, you know, just a better beer.