Several Eagles Players Say No Thanks to Visiting Trump

The Super Bowl champs who say they won’t attend the traditional White House visit have spoken out against the president all season. 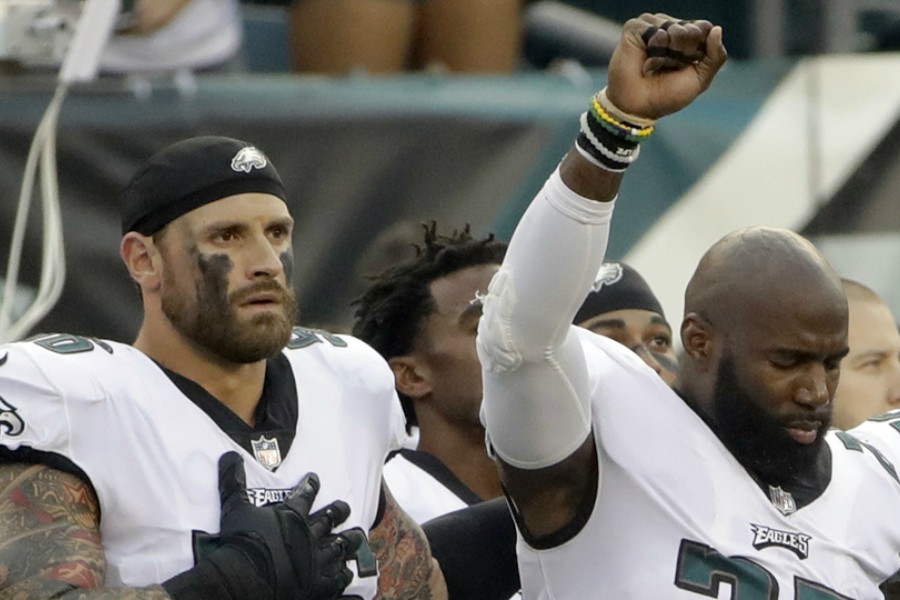 You can bet the Eagles will rally full-force behind our Super Bowl parade on Thursday.

But the winning team’s traditional post-game visit to the White House? That’s looking like a different story.

Defensive end Chris Long, safety Malcolm Jenkins, and wide receiver Torrey Smith say they have no interest in meeting President Donald Trump after their victory over the New England Patriots on Sunday night. The players told news outlets they would boycott the visit for political reasons.

It’s not exactly surprising, seeing as the Eagles are one of the most socially conscious teams in the NFL. All three players have previously spoken out against Trump and his crusade against players who protest racism by taking a knee during the National Anthem. And all three players have visited Harrisburg to lobby for criminal justice reform.

Jenkins, who is known for his social justice advocacy (including efforts to improve relations between Philly police and the communities they serve), told CNN this morning that he does “not anticipate attending,” the White House visit. He added that he has been clear in his “message” to the country all year: He wants to see “changes in our criminal justice system. I want to see us push for economical and educational advancement in communities of color and low-income communities. And I want to see our relationship between our communities and our law enforcement be advanced.”

Smith, who has raised his fist in solidarity with Black Lives Matter, told NJ.com that he wouldn’t attend a meeting with the president last week. Same goes for Long, who skipped a visit to the White House as a Patriot player last year.

“Are you kidding me?” Long said when asked if he would visit Trump during an interview with Pardon My Take last week.

Trump did not attend the game but congratulated the Eagles in a tweet on Sunday night.

Congratulations to the Philadelphia Eagles on a great Super Bowl victory!

Both players and fans weighed in on the White House visit.

Reading the tweets from the last week from all of the Trump supporters destroying my mentions saying “You gotta win before you even get invited to the White House” pic.twitter.com/KkjJSi7AxJ

The whole team is going to reject the invite and get Italian hoagies w sweet peppers at WaWa.

Someone else suggested an even better suggestion. Show up, take a knee on WH lawn then walk out.