Get your cameras ready for LOVE on the Move, happening just before Valentine's Day. 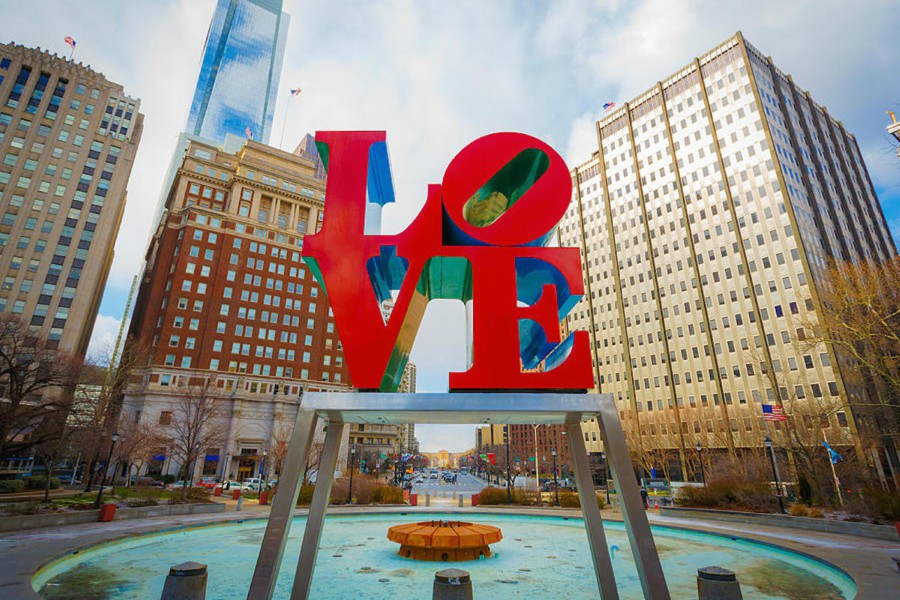 LOVE will soon be in the air.

Couples and cameras, prepare yourselves: The LOVE Park statue will (at long last!) come back to its rightful home on February 13th – that’s right, just in time for Valentines Day.

Plus, the statue won’t just return to LOVE Park – it will be paraded around the city for several photo ops on Tuesday, including to locations like the Philadelphia Museum of Art, Logan Square and various spots along the Benjamin Franklin Parkway. It’s all part of LOVE on the Move, a Valentine’s Day celebration and the first opportunity to see the statue restored to its original colors of red, green and purple.

Yes – purple. Apparently the city botched the statue’s 1988 paint job and colored the inside of the letters blue instead of purple, as the artist, Robert Indiana, had intended. So now we’ll see the work of art as we were originally meant to.

LOVE on the Move will start at 10 a.m. at 25th Street and Pennsylvania Avenue, near the Joan of Arc statue, then make its way to several destinations, eventually arriving at LOVE Park for installation at 11:15 a.m. The full schedule, per the city:

For more information, including a route map and more details, and visit creativephl.org/loveonthemove.

It’s been about two years since the LOVE Park statue actually stood in LOVE Park (which closed for renovations in February 2016), so needless to say, we’re excited. The return will mark roughly three months since LOVE Park’s soft reopening in November, around the time the Christmas Village returned to the city. (Is it just us, or does that feel like forever ago already?)

This story was updated to include the most up-to-date information on the statue’s return.