Uh-Oh: The Curse of Billy Penn May Be Back to Haunt Us

An analysis of the photographic evidence. 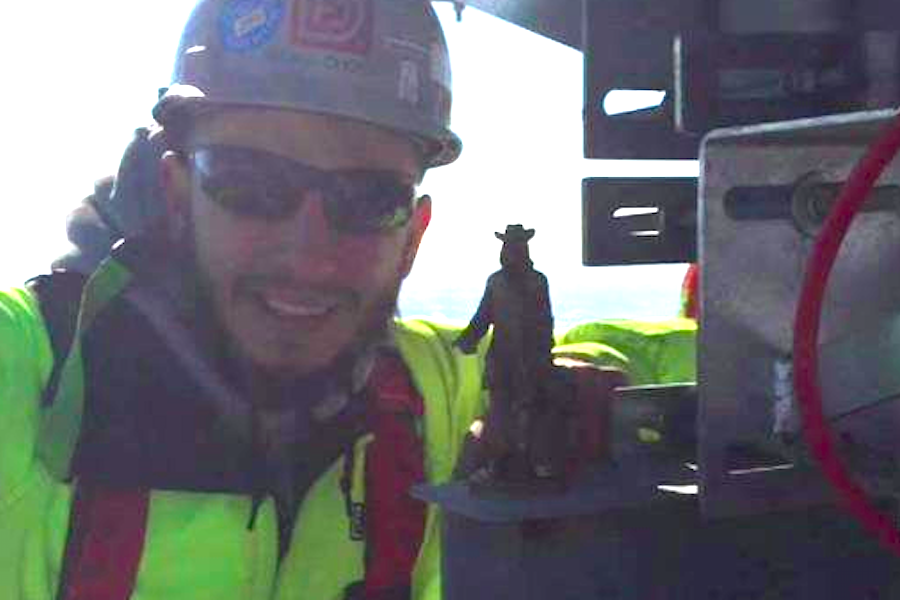 A screenshot from NBC 10.

Back in December, we learned that a team of ironworkers had installed a miniature William Penn figurine atop the new Comcast building in Philadelphia in an effort to ward off the Curse of Billy Penn. But new photographic evidence suggests that they might have messed it all up.

If you’re new to town or couldn’t care less about sports, even during exciting times like these, you may be asking yourself: What the hell is the Curse of Billy Penn?. So allow us to explain briefly.

Once upon a time, Philly sports teams were great. The Sixers became NBA champs in 1967. The Flyers took home the Stanley Cup in both 1974 and 1975. Who can forget the 1980 World Series, won by the Phillies, soon to be followed by the Sixers winning it all again in 1983?

But then, something about the city changed in a very big way.

Throughout the 20th century, a “gentlemen’s agreement” had kept any new building from rising higher than the top of the William Penn statue that sits at the pinnacle of City Hall. But in 1987, developer Willard Rouse defied the convention and erected One Liberty Place, besting Billy Penn by about 400 feet.

Later that very same year, the Flyers lost to the Edmonton Oilers in the seventh game of the Stanley Cup finals, and they lost the finals again a decade later when the Red Wings trounced them in a four-game sweep. The phrase “epic fail” was probably coined for the Phillies’ World Series flop in 1993. The Lakers took the Sixers out of the NBA Finals in 2001. And the Eagles lost the Super Bowl in 2005.

At some point during all of that losing, somebody realized that the root of the problem may just have been a curse cast upon us by the spirit of William Penn, who would have been angered over the decision to diminish his skyline presence. Makes sense, right? Hence, the Curse of Billy Penn.

But wait a second! you declare. The Phillies won the World Series in 2008! There’s no frigging curse.

You’re correct that the Phillies won that year, but you may not be aware that before that happened, a member of the ironworkers union installed a miniature William Penn statue on the top of the under-construction Comcast Center, which was the tallest building in Philadelphia by then. Naturally, the Phillies only won because the curse had been broken.

So last December, the ironworkers went to the top of the new Comcast tower — the Comcast Technology Center — and put a tiny William Penn statue up there, since that now is the largest building in Philadelphia. Problem solved!

As some on social media have noted, the statue might not technically be on top of the building. Yes, it sits atop the main structure of the Comcast tower, but there are clearly elements of the skyscraper — what look like communications towers and devices — above William Penn, as captured in this screengrab from an NBC10 aerial shot. 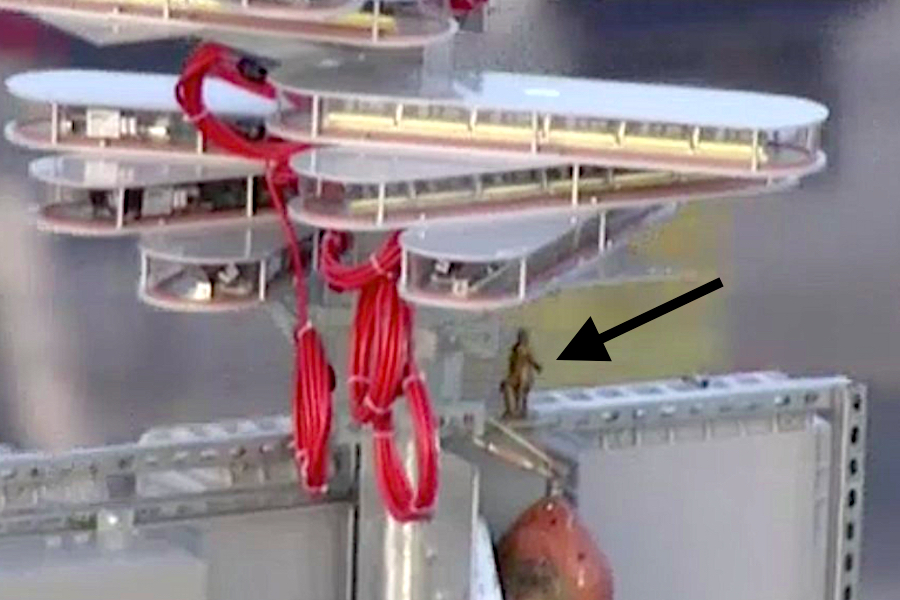 A screenshot from NBC10.

“Carson Wentz was hurt in the week immediately following the statue not being placed on top of the new tower,” points out Bryn Mawr resident Ricky Sayer, who first brought this dire issue to our attention. “Coincidence?”

Granted, things have gone pretty damn well for the Eagles since that game, but with the stakes this high, wouldn’t you want to use every single thing in your arsenal to give the team the biggest possible advantage? We have a message into the ironworkers to ask them to get up there and fix this at once.