“My aunt tapped him and said, ‘See, not all Eagles fans are assholes,’” says the man who took the video. 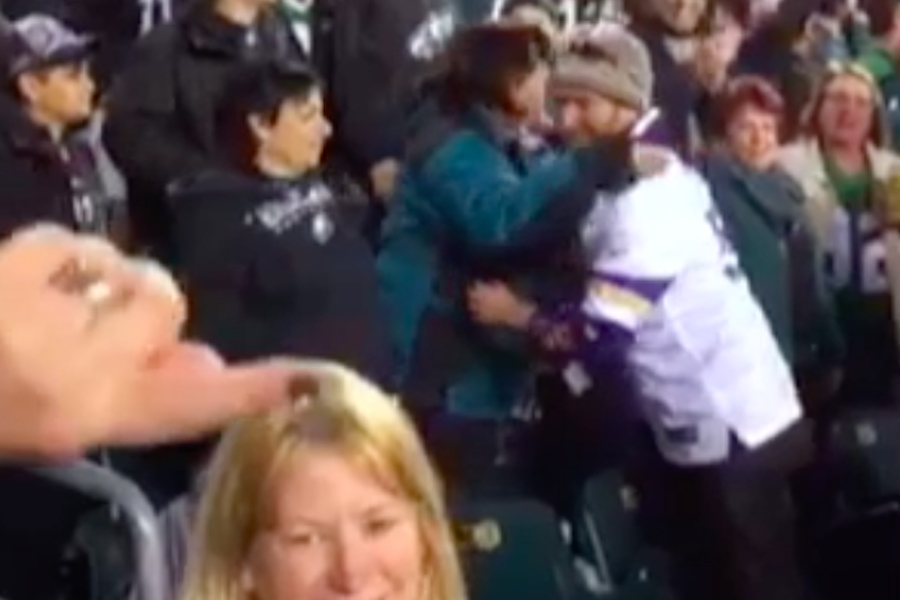 Yes, Philadelphia can be a rowdy — and sometimes downright rude — place to be during Eagles games. But as this video shows, there are plenty of us who are good, perfectly civilized people.

Harrisburg dad Chris Muller, a 33-year-old Bucks County native, shot the video on Sunday at the Linc. He’s been going to Eagles games with his aunt and uncle, who have season tickets, for a decade or so. Muller admits that some Eagles fans don’t know how to behave, but from where he was sitting in Section 126, things were pretty peaceful.

“Eagles fans are always passionate,” Muller observes. “You add a little bit of liquid courage to that, and you’re gonna get some people who say things they shouldn’t say. Overall, I saw more problems at the Raiders game than I did at the Vikings game, and at the Raiders game, Raiders fans were throwing beer at Eagles fans. Naturally, that gets reciprocated.”

Muller tells Philly Mag that he was tailgating with about 35 other Eagles fans before the game and that everybody was well behaved. Well, almost everybody. 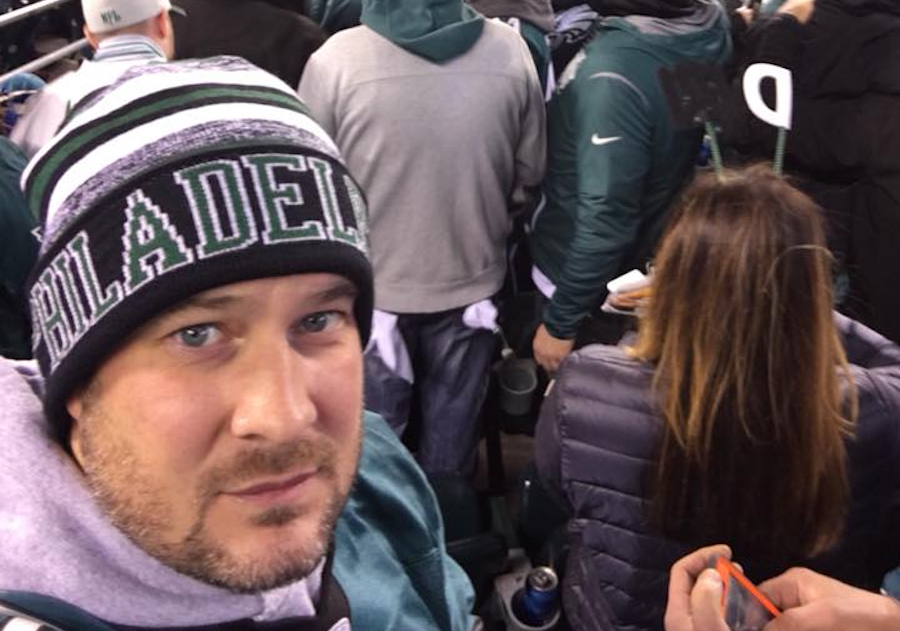 “Out of 35 people, you had two guys at our gate who were a problem,” he says. “But they didn’t even have tickets. They were the obnoxious, drunk, booing, name-calling people. That’s two in the entire group.”

But back to the video. At the end of it, you’ll see a blond woman approach the Viking fan walking up the stairs while his friend and fellow Vikings fan is getting hugs from the Eagles fans. The woman is Muller’s aunt, the season-ticket holder.

“My aunt tapped him and said, ‘See, not all Eagles fans are assholes,’” recalls Muller.

He shared the video on Tuesday. Since then, it’s been viewed more than one million times on Facebook.

“Just like all news, the news after these games seems to be negative all the time,” he laments. “So this is good. This is really good.”