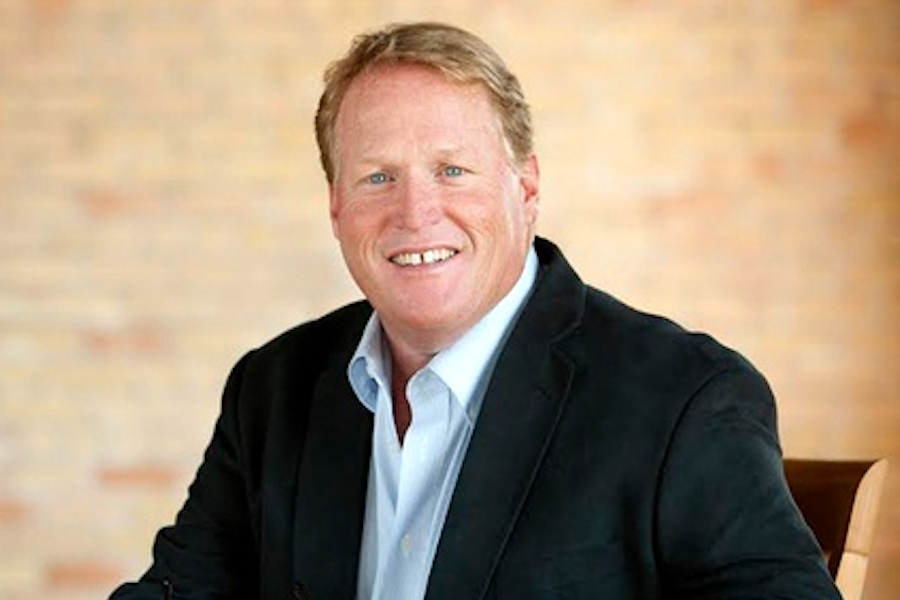 Everybody knows that Philadelphia sports fans — and Eagles fans in particular — have a bad reputation. Well, one North Dakota man says he learned why the hard way on Sunday.

Joel Heitkamp, 56, is a radio host and former state senator from North Dakota, where Carson Wentz grew up. An avid Vikings fan, Heitkamp came to Philadelphia with his wife and other family members to attend Sunday’s Eagles-Vikings matchup at the Linc. And while his team lost in a big, big way, the real losers of the day were the groups of Eagles fans he encountered, if even half of what he relates in this blog post is true. He went so far as to implore Amazon to avoid Philadelphia at all costs due to the treatment he says he and his family endured. I got him on the phone on Wednesday morning to discuss.

So it sounds like you didn’t have a very good time in Philly on Sunday, but do you really think it’s justification to tell Amazon to stay away from us? Isn’t that going a little bit far?
I don’t think it’s too far at all. I’m sure officials in Philly have been working very hard to get Amazon there. If you wanna get Philly’s attention, you need to hit them where they live. I would never take my grandkids to Philly after this. I don’t know why anybody would, when you have full beer cans thrown at you, when you’re assaulted in the parking lot, when somebody threatens to rape your wife. So now you have a little blog from the Midwest that has already had more than 100,000 clicks on it.

What has the response been?
We’ve had some really good people from Philadelphia saying they are sorry. Then we have people saying we should have never worn our team colors. They say it’s our fault because you wore a Vikings jacket. They say I am nothing but a sore loser. I guess it wasn’t unexpected, Victor. It’s all complicity.

Let me ask you this: What if the mayor and the chief of police of Philadelphia on the day when the Eagles play the Cowboys, what if they put on a Cowboys jersey and a Cowboys hat, so that people wouldn’t realize who they were, and then they walked through the parking lot like that? How did you think they would feel? Would that give them a lesson? Roger Goodell should put on a Cowboys hat and do it. But none of them will have the guts. Is this the kind of NFL you want?

You come from North Dakota. Your station is based in Fargo. Some might wonder if you just can’t handle the big city.
I do just fine. I’ve been a state senator. My sister is a U.S. senator. I’ve been to Moscow. I’ve been to every big city in the U.S., out and about at night. I’ve done Mardi Gras. I’ve been to celebrations in San Antonio and New York. I’ve been to Yankees games in the Bronx.

I’ve never — ever ever — seen anything like this. I travel all the time. I’ve walked into Soldier Field in the other team’s jersey. The South Side of Chicago isn’t exactly the best place to be. People razzed and teased, yes. But there were no full beer cans thrown at us. There was no “I’m gonna rape your wife.” There was no ten-year-old kid flipping you off while the dad goes “Attaboy.”

Did anybody warn you what this could be like?
We had been invited to a tailgate by a good guy named Ed. He told us that it was going to be interesting and that once we left the tailgate and went into the stadium, we were on our own.

And two ladies in the stadium came running up to us and physically stopped us and said, “Do not go up there. Do not go any further.” Those two sweethearts. You could see the fear in their eyes. They were just being angels.

Just walking through the lot and into the stadium was brutal. And that was only when they were half-hammered. My wife and sister got up at halftime and got out of there. My nephew and I left during the third quarter. You could see the game was over. Why get the crap beat out of you?

What about cops? Security? Was there anyone to help?
Law enforcement allows and condones it. Security staff at Lincoln Financial Field, they allow it. Once, security got in my face and screamed, “Get the fuck out of here!”

Some guy came up to me with a dog face on, so he had anonymity. He slapped the dog’s long nose against my face and then head-butted me. I can’t punch him back, can I? What would happen?

Listen, I’ve been in a scrape or two. I’m a guy who drives a Harley to Sturgis. I’ve seen some tough things in my life. I reffed college football for years. I’ve never seen anything like this, where game management and law enforcement just let it go. I know, you’re going to write this, and we’re going to be portrayed as a bunch of wimps and pansies. But if you watch the videos and it doesn’t repel you, you have to take a look at yourself.

But this is just endemic. It’s been going on forever. Do you really think anything could be done about it?
Yes. You control the tailgate so they can’t drink all day. You start pulling season tickets from anyone who acts that way. You make sure the NFL makes it clear that this is not allowed. This is on Roger and Eagles ownership and law enforcement, the mayor, the city. Leaders have to lead.

So who will you be rooting for in the Super Bowl?
You know, we’re so proud of Carson Wentz here in North Dakota. It would have been Philly, I’ll be honest with you. But it can’t be now. There is such a bad taste in our mouth. I do not like the Patriots. I’m sick of them winning. But I’m going to be cheering for the Pats that day.

I’m sorry you had this experience. I’m embarrassed.
It’s not your fault. The leaders should be embarrassed. No woman should be told that she’s going to get raped.