If Sunday’s victory celebration (we’re hopeful) is anything like the 2008 Phillies World Series riots, we should probably pray for the city. 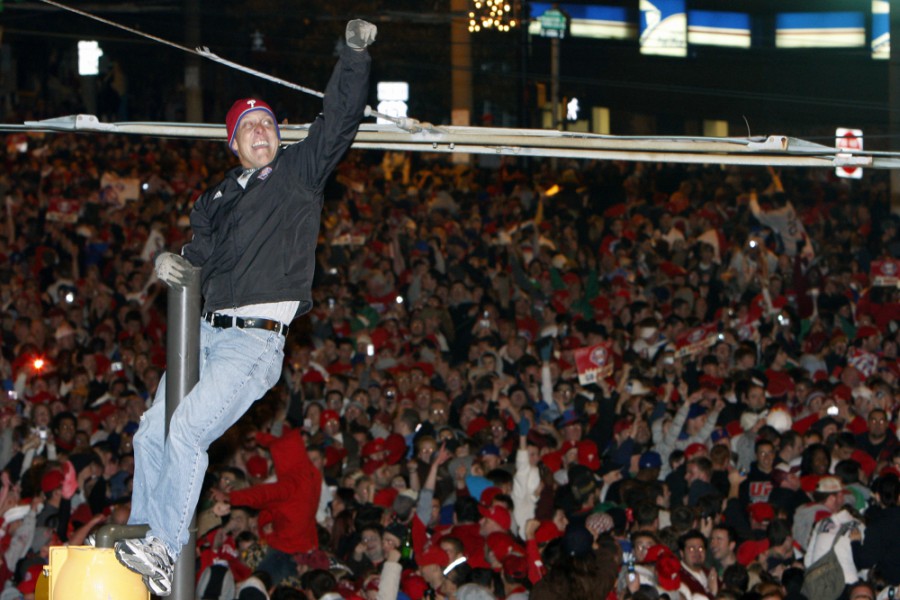 In the event that the Eagles beat the Minnesota Vikings on Sunday (fingers crossed, dog masks ready), police are prepping for complete celebration mayhem in Northeast Philly.

The Philadelphia Police Department is advising businesses near Frankford and Cottman avenues (the established blowout spot in Mayfair) to lock up and protect their property if they plan to close for the game. Bar owners are being told to sell alcohol in plastic cups only – and not to offer takeout bottles.

Forget the Super Bowl, pray for the city of Philadelphia if the Eagles win on Sunday. https://t.co/J3kQw3b4F3 pic.twitter.com/MKPQpd9VB2

Open container laws will be enforced as usual on Sunday, so police are warning businesses to be cognizant of customers attempting to leave or loiter outside their establishment with open containers. And shops should leave their cameras on during and after the game, per the PPD.

If the post-game celebration (again, fingers crossed) looks anything like the Phillies World Series celebration, the measures are probably a good call. Here, footage from Frankford and Cottman avenues after the unforgettable 2008 win, when 76 people were arrested across the city:

But hey, Philly’s due for a good celebration, right? This is the closest the Eagles have gotten to the Super Bowl since 2009.

A horde of savages wearing dog masks and painted green depends upon the city bringing calamity in their wake?

Is this the Visigoths sacking Rome? No it's Eagles fans after winning the 2nd**** most important game in the season

I just hope @6abc has the chopper over head so I can see all the glorious chaos from the safety of my own home.