Here are the details on the wintry mix expected to start on Tuesday night. 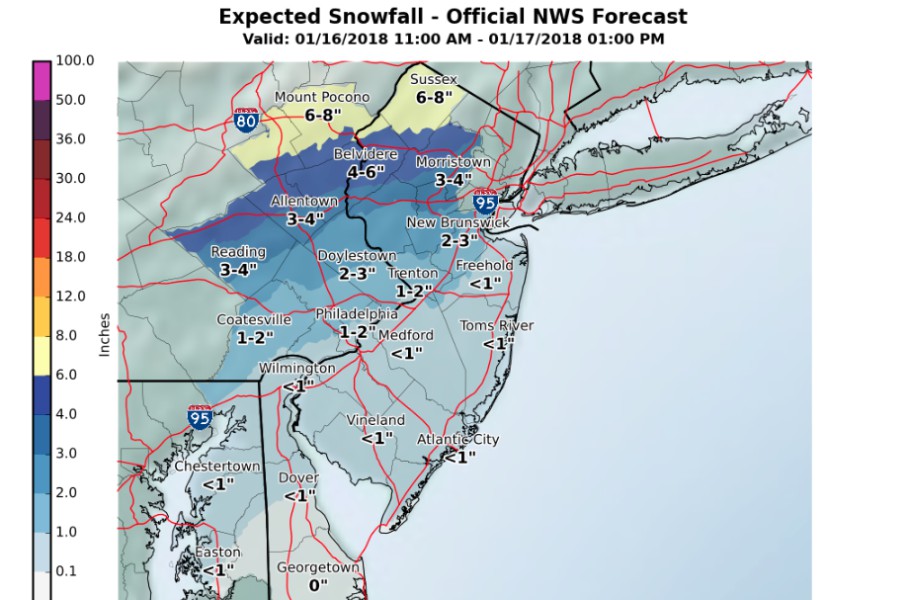 The National Weather Service has issued a winter weather advisory for Philly and the surrounding suburbs, in effect until 7 a.m. Wednesday. The city could see a mix of rain and snow starting late Tuesday night and lasting through the morning on Wednesday.

Snow will hold off for the PM drive around Philly, but it will impact the Wednesday AM drive. I have your latest traffic delays on the 2s on @KYWNewsradio Listen in! Winter weather advisory (purple) for areas N&W in effect into Wed AM. pic.twitter.com/WVlKeDJOhf

Though only about 1 to 2 inches of snowfall accumulation are expected in Philly, forecasters say slippery travel conditions are possible during the morning commute, especially near the I-95 corridor. Check 511pa.com for travel updates.

Some good news: Temperatures will likely warm in time for the Eagles game against the Minnesota Vikings on Sunday, when the high is expected to hover around 54 degrees Fahrenheit.

PennDOT updates @6abc on the latest storm preps for the snow expected to start later this evening into the Wednesday morning commute #WinterReady pic.twitter.com/6hkOMi9ToO