“La Salle has violated the ethical code that all museums are obligated to follow,” says the department’s chair. 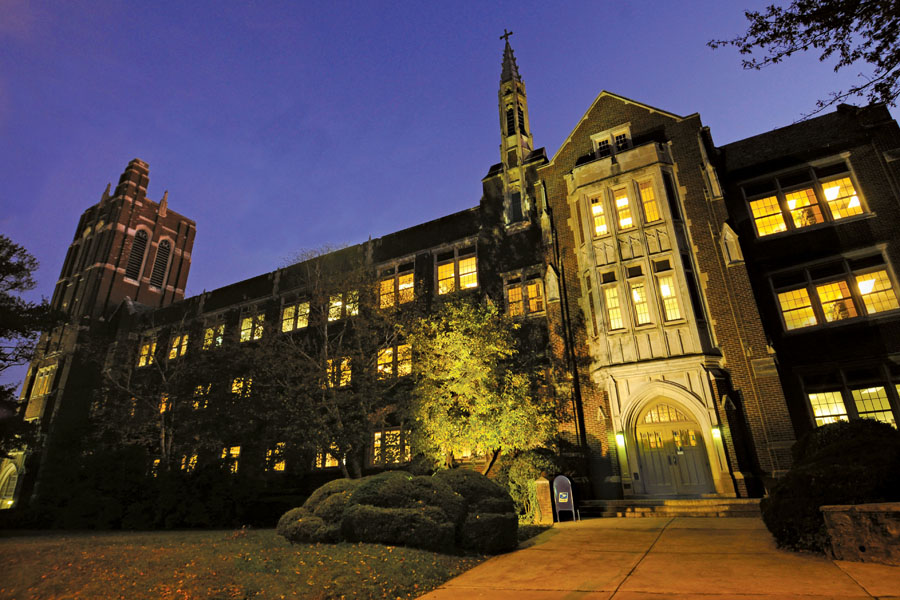 Earlier this week, La Salle University president Colleen Hanycz stated her case for why the Olney school’s recently announced and immediately controversial plan to auction off 46 pieces of art from its art museum is a necessary step in ensuring her vision for the institution’s future. Hanycz told Philly Mag that students have paid for two-thirds of the beloved art museum’s holdings since its roots were first established back in 1965, and she believes that now is the perfect time to reinvest in them as La Salle embarks on an ambitious new strategic plan.

On one end of the spectrum, Hanycz’s idea sounds like a novel approach to modernizing and improving the campus while addressing the school’s severe budgetary woes. But to local art lovers and members of La Salle’s faculty, this auction (expected to garner as much as $7 million) represents a serious ethical violation that runs counter to the spirit of the museum’s founder.

Speaking on behalf of La Salle’s four-person art history faculty, department chair Susan Dixon tells Philly Mag that university higher-ups did not consult her or her colleagues before deciding to auction the works. The board of trustees approved the sale weeks ago without informing the school community before the news was made public. According to Dixon, there’s a clear reason why.

“This sale breaks faith with Br. Daniel Burke’s legacy, as well as the integrity of a critical component of our mission – to deepen students’ ethical sensibilities,” she says. “La Salle has violated the ethical code that all museums are obligated to follow.”

It’s generally understood among the academic museum community, Dixon says, that funds recouped from deaccession sales should not be used to benefit any non-museum investments. Steven Miller, author of Deaccessing Today,, confirms this standard.

“The purpose of a museum is to collect, preserve, study and interpret for public benefit objects relating to art, science, history or some amalgam thereof,” explains Miller, who spent more than 50 years working a variety of roles in notable museums across the country. “Once an object is acquired for these pedagogical reasons, a museum’s primary duty is to preserve and protect the permanent collections. Selling on the open market completely contradicts that duty. Indeed, when this course is followed, most things vanish forever. They are no longer available for research, study, exhibition, illustration, or any of the other applications museums offer for society at large. Can you imagine the hue and cry that would erupt if the museum lost, destroyed, damaged or otherwise compromised these pieces of art? I can, and we are seeing it now with this simple act of selling.”

“Most people don’t understand the role/job/definition of a museum,” says Meredith Dean, a La Salle art history alumna who now works at the world-renowned Museum of Modern Art in New York City. “Museums do not ‘own’ the art — they care for it for the public. This is an important distinction that most people don’t get.”

Dean tells Philly Mag that she and fellow art alums are disheartened that La Salle hasn’t explored other funding sources to infuse capital into the school’s Momentum 2022 plan. “Simply put, President Hanycz defended her goals but avoided addressing criticism of the means by which she plans to achieve them,” she says.

To Dixon, the art museum – which offers free admission to students and underserved audiences – has “no parallel” in the region and plays just a crucial a role in the future of La Salle as Hanycz’s strategic plan.

“In order to deliver on our Momentum 2022 strategic plan, we need to ensure that we do not diminish one of our greatest assets, weakening our reputation in the community and our national standing as a civically engaged liberal arts institution,” Dixon says. “We understand the university is committed to providing the very best for its students. As such, we are hopeful that the administration will engage in constructive dialogue with faculty, students, staff, and community to reach an alternate solution.”

La Salle declined to comment further on the deaccessioning.