Mike Trout Got Bomb-Cycloned by His New Wife

The South Jersey baseball star got a little too enthused about … winter?!? 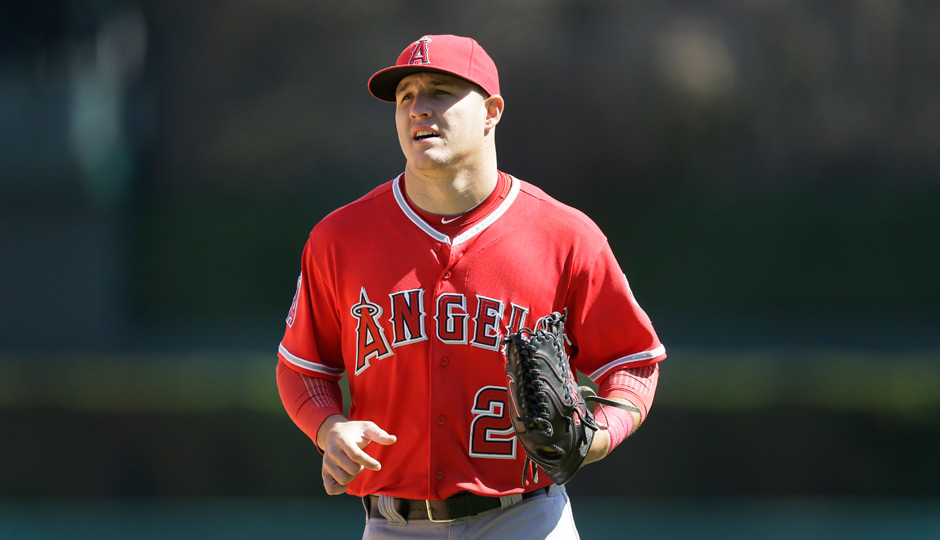 You’d think Mike Trout, the pride of Millville, New Jersey, would be wallowing in the weather in Los Angeles, where he plays center field for the Angels come summer. After all, the high temp there was 74 on Thursday, while you were picking icicles out of your nose. Oh, and it was partly cloudy, boo-hoo-hoo. Which is a far cry from the fat freaking blizzard that dumped snow all over the East Coast’s frozen wasteland. Hey, how about a round of golf?

But—in things we didn’t know we didn’t know—as it happens, the two-time American League MVP, as downhome a Jersey boy as you’ll ever find, and a diehard Eagles fan, is also a total cold-weather geek—and we mean total. He got married last month in a snowy wonderland, and he uses his Twitter account to say stuff like, “Retweet if you’re ready for winter!” while posting videos of blinding snowstorms. Which explains why his buddy, the Weather Channel’s Jim Cantore (who last year gifted him his very own weather balloon), announced on Wednesday, “I’ve been talking to Mike Trout all week. He’s so excited about this storm right now. He’s been blowing up my phone.” To which Trout’s not-so-blushing bride, high-school sweetheart Jessica Tara Cox, tweeted tartly, “He’s about one weather map photo short of me muting his text message alerts… ” with the hashtag #theobsessionisreal. Well played, Jess!