The Gloria Casarez Residence will include 30 one-bedroom units of affordable housing targeted to young adults who are homeless. 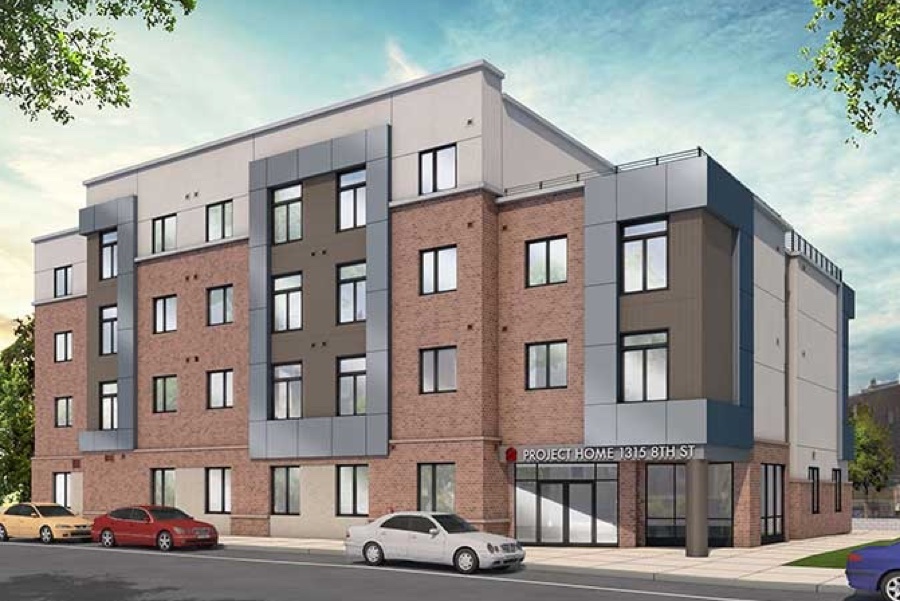 On Wednesday, several local lawmakers and community advocates attended the groundbreaking of a new LGBTQ-friendly housing project honoring one of their own. Project HOME formally announced that its new property will be named the Gloria Casarez Residence after the late civil rights leader who became the city’s first Office of LGBT Affairs director before her untimely passing in 2014.

“We lost a tireless and dynamic voice for human rights and a smart, compassionate public servant in 2014,” said
Sister Mary Scullion, Project HOME co-founder and executive director. “Our work with Gloria started during the very beginnings of Project HOME’s founding and continued through her passing, when we worked with her as part of an LGBTQ homeless youth committee.”

Located at 1315 North 8th Street, the 36,547-square-foot property will be developed in two phases. The first building will have 30 units of LGBTQ-friendly housing for young adults who have aged out of the foster care system and/or are homeless, while the second building will provide 40 units of affordable housing for adults who have experienced homelessness. Amenities feature a community room for indoor/outdoor events, art program activities, classes, shows, community conversations, advocacy committee meetings, and other activities in partnership with local organizations.

The opportunity for the new property came about after Project HOME contracted to buy the land from original owners North Philadelphia Health System (NPHS). In 2016, the planned sale was disrupted after NPHS filed for bankruptcy, which led to Project HOME having to seek pro bono legal services in order to compete against additional bids that were submitted for the property. It was not until August 2017, when U.S. Bankruptcy Judge Magdeline D. Coleman approved the sale of the land to Project HOME, that the organization could officially begin construction plans.

This is the sixth project funded by MPOWER, a Project HOME community investment partnership that is focused on breaking the cycle of homelessness at a time when approximately 1,000 young adults age out of foster care in Pennsylvania each year. Nationally, 40 percent of young adults experiencing homelessness identify as LGBTQ.