Here's info on the legislation, which Planned Parenthood says would be disastrous for women’s health. 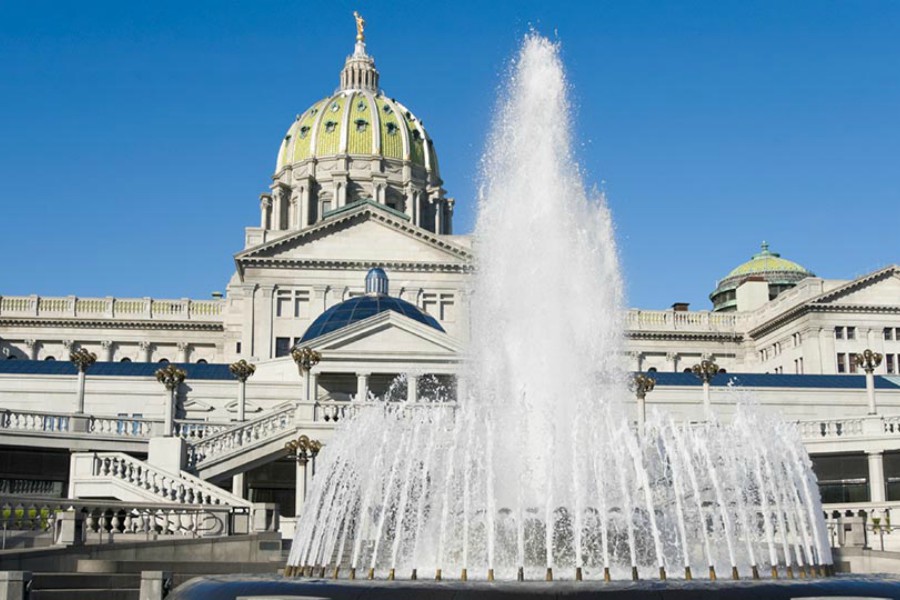 Pennsylvania is already one of the nation’s toughest states on abortion – in the company of Louisiana, Mississippi, and Missouri. But on Tuesday, state legislators could move to make it the strictest.

The Pennsylvania House Health Committee is set to vote this week on what Planned Parenthood leaders are calling the most restrictive abortion bill in the country. The legislation, Senate Bill 3, would ban almost all abortions after 20 weeks (as opposed to the current 24 weeks) as well as one of the most commonly used methods of second trimester abortions.

The GOP-controlled Senate fast-tracked the controversial bill in February, without a single public hearing. Gov. Tom Wolf has vowed to veto the legislation if it reaches his desk. On Monday, he called the bill an “attack on women.”

Today, @GovernorTomWolf denounced and vowed to veto #SB3, an anti-choice bill that would criminalize abortion after 20 weeks in PA. https://t.co/m4eraluypR

As the law stands now, women in Pennsylvania can get abortions up to the first 24 weeks of pregnancy, thanks Roe V. Wade. Republicans and others who support the Senate bill assert that fetuses can feel pain after 20 weeks, though no scientific evidence exists to support this claim. If the bill is passed, the state would effectively ban abortion after 20 weeks of pregnacy, with no exception for incest, fetal abnormalities, or survivors of rape.

The legislation would also ban “dismemberment abortion,” a type of abortion typically referred to as dilation and evacuation. Those who oppose the procedure argue that it is inhumane for the same reason included above. Per the bill, doctors who perform D&E (one of the most common types of second-trimester abortions, often performed after physicians detect fetal abnormalities) could be subject to third-degree felony charges.

The bill would also require physicians to report and document all abortions, including information on whether the abortion was “performed upon a married woman and, if so, whether notice to her spouse was given.” If the spouse is not given notice, the report “shall also indicate the reason for failure to provide notice,” the legislation reads.

Women’s rights groups – and many physicians – fiercely oppose Senate Bill 3. For months, Planned Parenthood has pushed for concerned citizens to call House Health Committee members and urge them to vote against the legislation, as well as the nearly identical House Bill 77.

Check out this PennLive article for a refresher on how SB3 moved through the Senate back in February: https://t.co/zufBKx3BFE. This unconstitutional ban is expected to be heard this afternoon in the House Health Committee. Call members now & demand they vote NO. #StopPABans pic.twitter.com/cO4iU7DNWq

“Make no mistake – the proponents of this bill are hypocritical politicians who do not care about the health and safety of these women but care only about putting safe and legal abortion completely out of reach,” Planned Parenthood said on its website.

PennLive reports that committee Chairman Matthew Baker, a Republican from Tioga, is urging legislators to pass the bill sometime in the next eight session days, before the holiday break. In the weeks leading up to the vote, Republican leaders reassigned and replaced one legislator who was a guaranteed “no” vote and asked another who was on the fence regarding the legislation to step down, according to the publication.

If passed, the bill would head to the full House for a vote.