Councilwoman Cindy Bass says Philly can do a better job regulating its glut of “stop and go” stores. 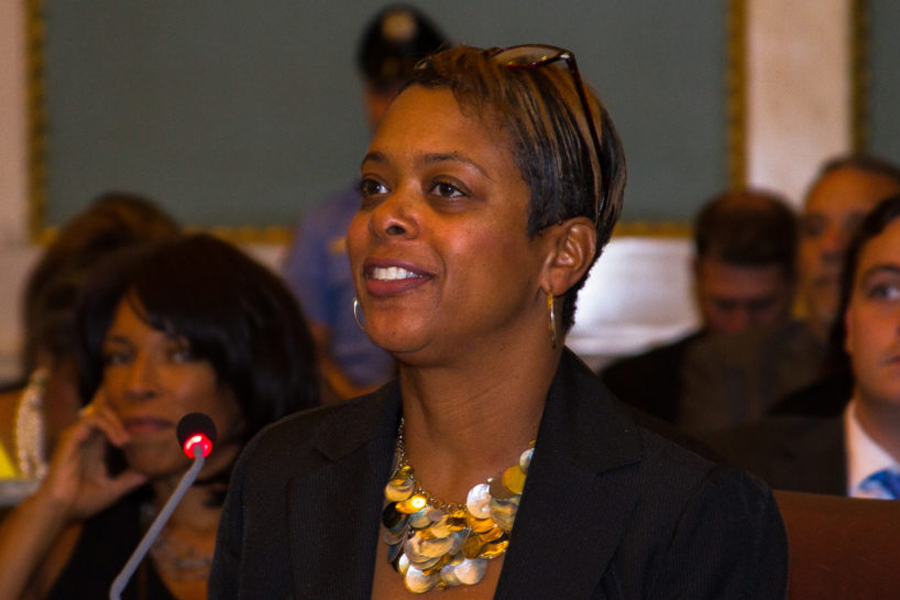 Earlier this month, Councilwoman Cindy Bass introduced a bill to better regulate the hundreds of “stop and go” convenience stores that operate predominantly in Philadelphia’s low-income neighborhoods. Among its stipulations, the controversial measure would prohibit any physical barrier that separates cashiers from customers at these so-called “nuisance” establishments – including protective bulletproof glass.

According to Bass, these storefronts take advantage of the city’s lax restaurant liquor license provision while contributing to a variety of quality-of-life issues in low-income communities. Content to rely solely on the sale of cigarettes and alcohol, along with a bag of Doritos or two, many of these business owners don’t even sell the food that they advertise.

“Nuisance establishments like stop-and-gos harm neighborhoods throughout Philadelphia in several ways,” Bass tells Philly Mag. “First, they contribute to increased crime. On any given day, you can find people in front of these businesses selling ‘loosies,’ or loose cigarettes, and engaging in other nuisance behaviors like loitering, public drunkenness, possible drug sales, and even public urination.”

Much like check-cashing establishments and lenders that charge exorbitant interest rates, Bass says, stop-and-go convenience stores target Philly’s most vulnerable – especially in her 8th District, where you can find more of these establishments than public schools. “Kids can buy candy, soda, and snacks while adults buy liquor by the shot, black-and-milds, and other adult products,” Bass explains. “Children aren’t allowed in bars, so why should they be allowed in establishments that operate in this manner?”

To be sure, Bass is not calling for a total ban on all convenience stores across Philadelphia. “We need them to operate in ways that contribute positively to the neighbors, community, and our city,” she says. “We must also separate what a convenience store is and does versus what a restaurant is and does.” To do so, Bass’s bill would separate businesses seeking restaurant liquor licenses into two distinct categories with different requirements.

“My law creates licensing categories for small establishments and large establishments. Business owners applying for the large establishment license may sell alcohol and must also provide tables and seating for at least 30 patrons. Under my bill they must prove ‘regular and customary’ preparation and sale of food, have a publicly accessible restroom that patrons may access without going through a food preparation area, and may not contain any barrier between the food server and the customer, as is done in a restaurant.”

Businesses that are deemed large establishments may continue to operate as a convenience store, just without bulletproof glass and the ability to sell booze past 2 a.m. Since the bill’s introduction, a legion of storefront owners has come forward to criticize its potential conditions, claiming that their employees will be less safe as a result. Bass dismisses this notion, pointing as evidence to the large number of bars and other after-hours businesses that operate in rough neighborhoods without a protective barrier.

“I take concerns about the safety of all residents very, very seriously,” says Bass. “As I’ve said, my office is open to working with businesses to help address any safety concerns business owners and employees have. … As a result of these strengthened provisions, my bill aims to help ensure that businesses who apply for licenses as restaurants are actually operating as the spirit of the law intends. It will help increase quality businesses for residents and communities, and it will help fortify the reputation of businesses in our communities who are already operating in compliance with our state and city laws.”