Of course, house arrest ain’t so bad when you’ve got a house like this. 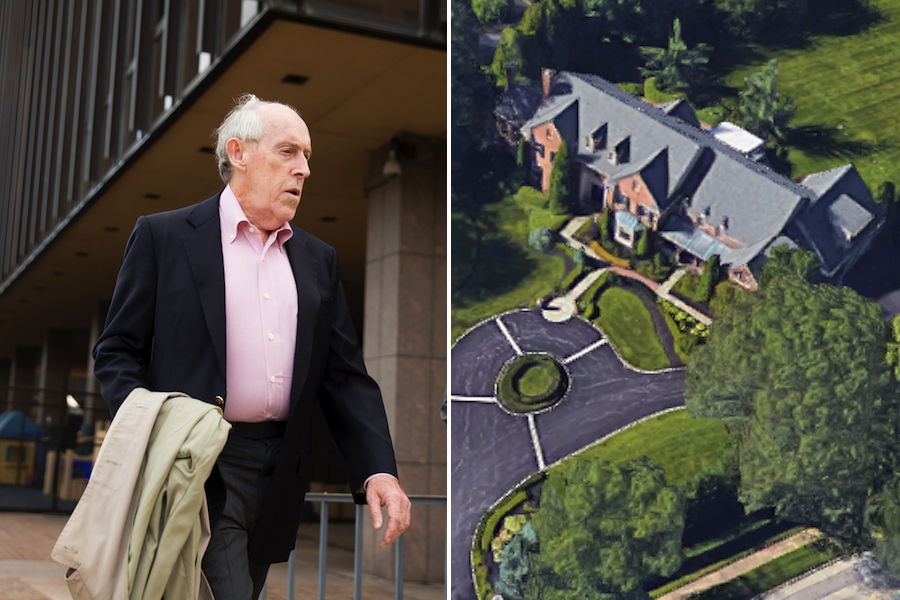 It’s Giving Tuesday, so everybody is writing stories about people who give and charities you can give to. But I thought that it’s an apt time to tell you about a really greedy, really rich guy who took a lot of money from a lot of poor people.

Villanova’s Charles Hallinan, a 76-year-old Wharton grad, was convicted this week on all 17 counts against him in a racketeering case surrounding a series of payday loan businesses he set up. The charges included international money laundering and fraud, among other offenses.

Now, if you’ve never lived paycheck to paycheck, you might not know what a payday loan is. Basically, a guy loans you $100 today and you pay it back on your next payday — sort of an advance on your paycheck. You don’t need a house or a car to use as collateral for a payday loan. You just need a job.

Sounds pretty legal, right? Right. What’s illegal, though, is charging super-high interest rates — a practice known as usury — and Hallinan had that end of things down to a science.

According to prosecutors, Hallinan would routinely get $30 for every $100 he loaned you, which worked out in some cases to an annual percentage rate of near 780 percent. Plus, if you were late with a payment, Hallinan would tack on additional fees, and some borrowers wound up paying more in fees than was the amount of the original loan itself. Not kosher.

Hallinan ran his payday loan scheme from 1997 until at least 2013 under business names like Tele-Ca$h, Cashnet, Paycheck Today, and Instant Cash, most of which were headquartered in Bala Cynwyd. And he made a ton of money doing it. According to the Department of Justice, Hallinan’s companies raked in a mean $688 million in revenue from hundreds of thousands of borrowers.

And Hallinan came up with some novel ways of dealing with the illegality of his entire business model.

According to court documents, Hallinan entered into “sham” partnerships with Native American tribes. He gave them cash, the tribe agreed to act as a front for the illegal loan company, and then when the long arm of the law would come around and tell the companies that they were violating the law by charging exorbitant fees and interest rates, the tribes would declare their sovereignty: Your stinkin’ usury laws don’t apply to us.

Apparently the jury wasn’t buying it. Also convicted in the case was Hallinan’s co-conspirator, Wheeler Neff,, of Wilmington, Delaware. In addition to real estate holdings, the feds plan to seize three Mercedes and one Bentley Flying Spur from the two men.

Hallinan was released on $1 million bail and is under house arrest at his stately Villanova home until his sentencing in April.