The suspect is considered armed and dangerous. 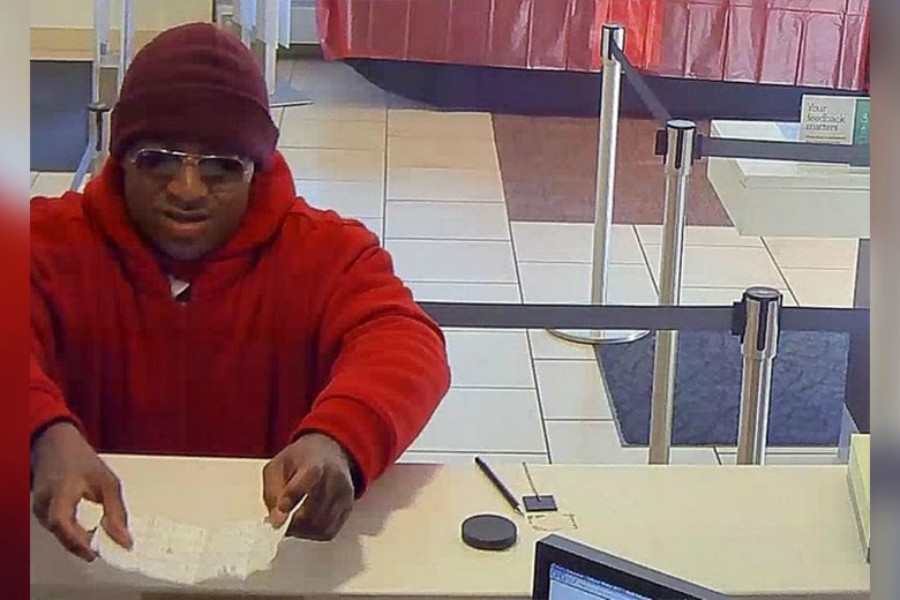 Philly police and the FBI are searching for a man who allegedly robbed a bank in Center City on Friday, November 24th.

Officials say the incident occurred around 1:40 p.m. at the Wells Fargo branch at 2005 Market Street. The man allegedly showed a demand note to a teller and obtained an undisclosed amount of cash.

The suspect, who was last seen fleeing east on Market Street, is described as a black male in his early 40s, approximately 5’7″ tall, with a medium build. He was seen wearing a red hooded sweatshirt, tan work pants, a maroon knit winter hat, and sunglasses. He is considered armed and dangerous.

Officials are offering an award for information leading to the suspect’s arrest – though the size of the award is unclear at this time. Those with information are asked to contact the FBI or PPD Violent Crimes Task Force at 215-418-4000. To submit a tip anonymously, visit the PPD’s website.

The #FBI Philadelphia/@PhillyPolice Violent Crimes Task Force is offering a #reward for info leading to the arrest of this bank robber, who struck this afternoon near 21st & Market; B/M, early 40s, ~5'7, med build. Call 215-418-4000! pic.twitter.com/OUYC5zFUj2