Trinacria: Are we sure this dated industry has a place in modern Philadelphia? 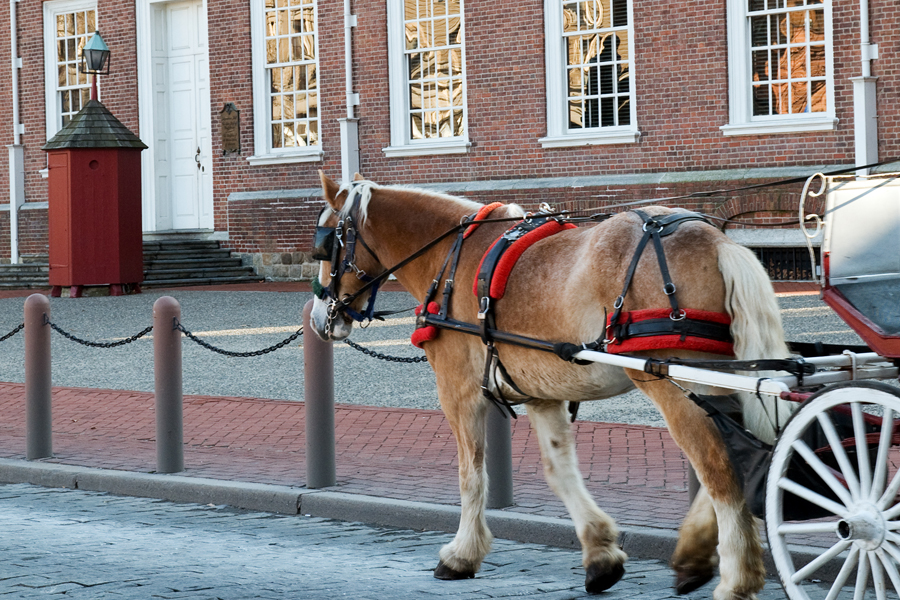 The familiar sound of hooves on cobblestones may no longer stand as an enduring hallmark of Old City in tomorrow’s Philadelphia, and while I’m feeling like I should be more wistful upon coming to this realization, I can comfortably say that this is actually for the best. Not only for minimizing the chances of stepping in something nasty when stumbling out of the Chestnut Street bars, but for the animals’s sake, too.

There are just two horse-drawn carriage companies that still carry tourists and romantic locals down the uneven streets once strolled by Revolution-era luminaries in 2017 – and in typical Philly fashion, one of them doesn’t even hold an active license to do so.

What? How can that be, you say? Selective enforcement, of course. And we’re certainly no stranger to that particular societal ill here.

So while the city was building its animal cruelty case against the Philadelphia Carriage Company, their buggies were (and still are!) permitted to shuttle willing patrons for upward of $100 a ride before a recent ruling by the Licenses and Inspections Review Board spurred the business’s owner to fold.

Philadelphia Carriage Company owner Han He Hoo has always maintained that her horses are well cared for, despite testimony given by L&I inspectors to the contrary at a hearing earlier in November. According to the city and its appeal board, Philadelphia Carriage’s compound on 13th Street near Spring Garden is wholly unfit to house the animals, some of which weigh more than 2,000 pounds.

On multiple site visits over the course of this year, inspectors have reported violations that largely stem from the building’s unfortunate location downtown. Its stalls are so small that the horses can’t lie down or comfortably move around. Thanks to a recent condo development, the vacant lot where the horses used to graze is no more. Pests are reportedly a common sight at Philadelphia Carriage Co. HQ, same with manure seepage and dirty, unwashed torsos, according to L&I.

After losing on appeal, Hoo told NBC10 that she plans to pack it all in at the end of this year.

Both PETA and the Humane Society of the United States condemn the practice. So do members of the Philadelphia Bar Association.

Maybe time has just passed this tradition by. I’ve personally never ridden in a carriage, and I’m not feeling any particular loss at the moment. Tourists would be better off actually walking into these historic buildings or around our beautiful surrounding streets.