Center City is about to be lit for the holidays. 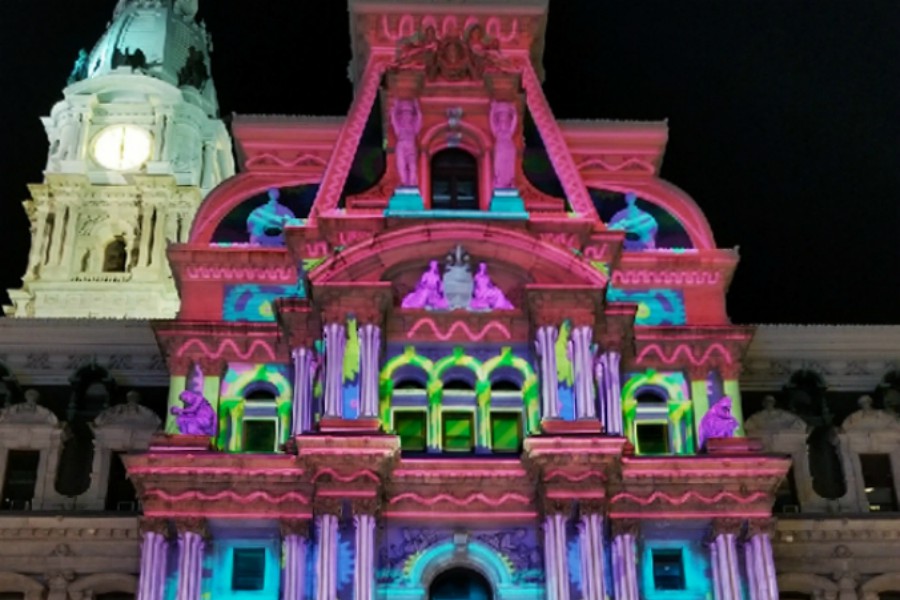 ‘Tis the season in Center City.

Anyone visiting the recently reopened ice skating rink at Dilworth Park on Monday evening is in for a treat: a fancy new light show will debut at City Hall.

The building will be awash with radiant colors and projections courtesy of experiential art group KLIP Collective. Here’s a sneak preview:

Here’s a peek at what we’re working on at Philadelphia’s City Hall. #philly #projectionmapping

We’re super excited for the (free!) show, which will run every hour on the half hour through January 1, 2018.

KLIP has graced Philly with a ton of cool projects, including Vacant America (an immersive art installation at Bok last year), a one-night only installation in South Philly in October, imagery for BalletX and this giant animated 3D model of Donald Trump.

This won’t be the first time the group has lit up City Hall – in 2015, it helped Red Bull kick off its Art of Can competition via this sweet projection.