A group of 10 to 12 people threw red paint on the substation and damaged squad cars. 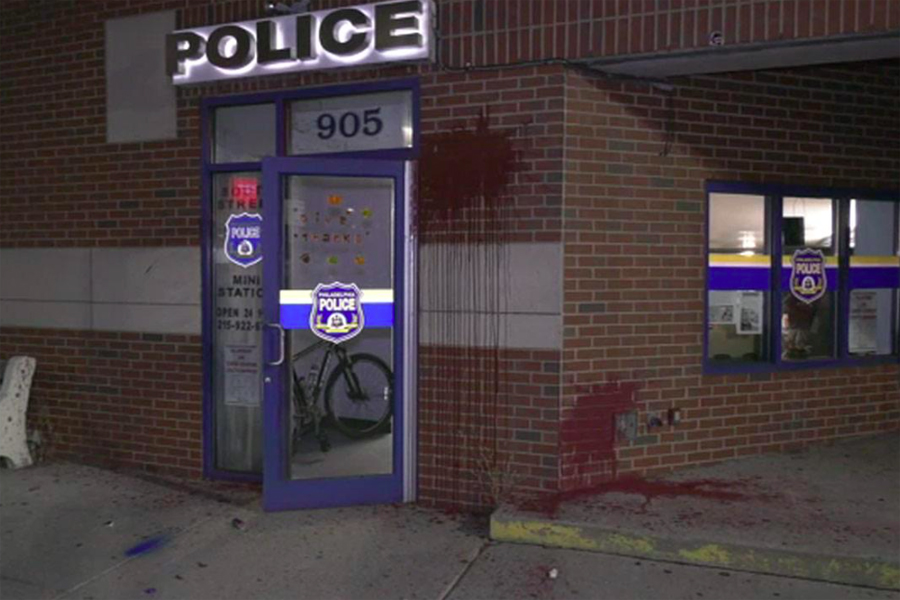 Philadelphia police are looking for a group of 10 to 12 people they believe to be anarchists who vandalized two squad cars and the area outside of the South Street Mini Station, 905 South Street around 11 p.m. on Thursday night.

Police officials tell Philly Mag that officers working inside the substation on Thursday night went out to investigate a disturbance on the street when they discovered the chaos just caused by the group. Two police cars sustained damage, including one which had a hammer protruding from its windshield. Glass bottles containing red paint were thrown against the side of the building, and a smoke bomb was also set off.

Anarchist/anti-police propaganda pamphlets where found strewn about the street. Nearby surveillance footage shows the unidentified offenders – all wearing black clothing – fleeing westbound from the scene.