Bucks County Principal Sleeps on School Roof for Good Cause 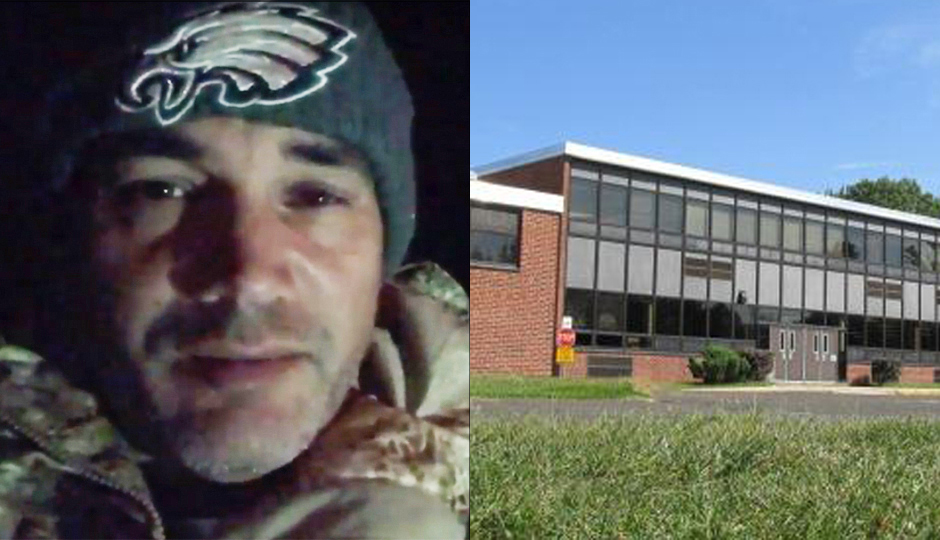 Bucks County principal Tim Long spent a night out on his school’s roof this week, making good on a pledge to do so if the Newtown Middle School community was able to raise $8,000 for a Houston school impacted by Hurricane Harvey.

“Visualize someone going camping … with a tent and [a] circle of chairs,” Long said with a laugh while describing his rudimentary rooftop setup to Philly Mag. With temperatures dipping to the low 50s Tuesday night, Long came prepared by wearing a heavy camouflage coat and Eagles knit hat. “It wasn’t so bad,” he said on Wednesday morning. “The coldest part was early in the morning right before the kids started to arrive.”

At that point, Long said he’d been awake since 3 a.m. (Apparently metal panels aren’t great for laying your head on. Noted.) He first went up on the roof at 2:30 p.m. to see the students off as they left for the day, and he was there with a wave when they arrived the next morning, too. Thinking he’d get some work done in between, Long brought his laptop to keep him company, but children and their parents kept showing up throughout the night to say hello and wish him well.

Long credits the idea to collect money for the relief effort to a school secretary who had lived many years in Texas. Through her, Newtown Middle was able to “adopt” Wolfe Middle School so that any funds they raised would go directly to them. In an attempt to further incentive his student body, Long promised that he would spend a night on the school’s roof if their $8,000 goal was reached — a pledge that he maintained was well worth making despite his lack of a full night’s sleep.

“If people found that this helps and we can have some fun, sure, I’d do something like this again,” Long said. According to the principal, this fundraiser was just phase one. Newtown Middle is looking into other avenues as the year progresses to help make a further impact down in the Gulf area.